Fashion icon Kate Spade changed the industry and many lives with her unapologetically bold, bright and cheery designs that stood out in a sea of black and tan

Kate Spade, the late fashion designer who was known over the world for her work (Image Credit: AFP)

From the outside, the fashion industry can appear to be all gloss and glamour but within, it isn't as it seems. Last night brought that to light when the news of American designer Kate Spade's death at 55, apparently of suicide, began trickling in. I didn't want to believe it was true, especially because of the inexplicable connection I had with the brand since my teens. From the time I ventured into the industry, Spade's cheery designs and unapologetic pops of colour spoke to me. Back then, the designer's stores may have been at the other end of the world, but that wasn't going to stop me from making some part of it mine, absurdly high shipping fees be damned. It went on to be one of my prized possessions and I wasn't the only one who felt that way. To many, Kate Spade was a symbol of polished, sophisticated style that wasn't astronomically priced. Young women across the world flaunted her preppy designs and stood out in a sea of blacks, tans and beiges.

Kate (who was also known as Kate Valentine and was born Katherine Noel Brosnahan) began her career in the '80s at Mademoiselle magazine. Targeting savvy young women with their work, the magazine was home to Kate for a few years where she worked as head of accessories. It was where Kate learned to hone her skills in the field and also where she realised the handbag department was severely lacking sensible options, which propelled her to launch her own. In 1993, she took her then-boyfriend (who went on to become her husband) Andy Spade's name to launch Kate Spade Handbags. It started off with primarily handbags but went on to expand to jewellery, shoes, home ware and stationary, all of which went on to win numerous awards. Three years later saw the launch of the designer's first boutique open in Manhattan; another three years after which, the Neiman Marcus group acquired the brand. 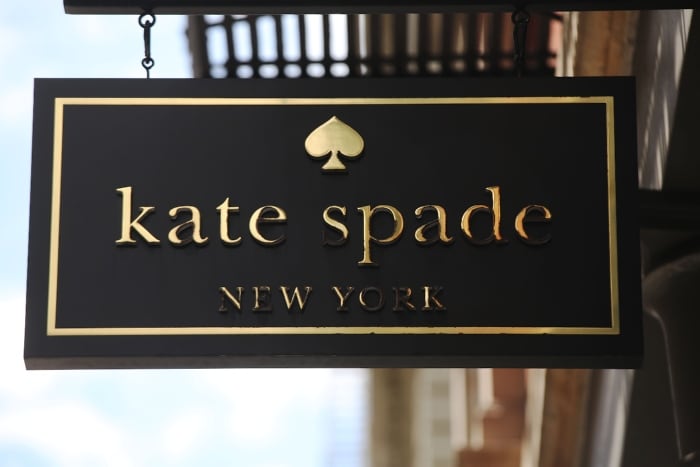 Kate Spade changed the fashion industry forever from the moment she set foot in. Her unmissable style spoke to consumers with similar sensibilities; ones who loved prim and poised aesthetics with a retro air. Her bridal accessory collections were a delight like never seen before, with sparkling sneakers and emblazoned clutches that lit up many special wedding days. In a world of normcore fashion, muted tones and athleisure basics, Spade's designs stood out with their polka dots, whimsical shapes and bright colour schemes, like an unapologetic breath of fresh air. Kate's joyful style and lively aesthetic sense were exactly what this dreary modern world needed. Though we'll miss her incredibly for it, we're glad for the millions of women's lives she added sparkle to while she was here.