Classics never go out of style

A style trend that has clearly been ruling the charts ever since summer hit in this year, it is the love for all white ensembles. Of course, there's no better way to beat the heat than sport comfy outfits in the classic hue. But looking at out Bollywood celebs, it is evident that there's no getting over white separates anytime soon. From breezy maxis and statement tops to shorts and skirts, it is also the white on white style that's been creating quite the buzz this year. And now, we are also seeing the same trend in ethnic wear with basic white suits getting some special attention.

A Bollywood actress who currently seems to be crushing on white ethnic suits is none other than Kiara Advani. While Kiara is known to love experimenting with her looks and has made many glamorous style statements, when it comes to keeping it casual and chic, her current favourite seems to be the desi attire. After all, it's comfy and one can never really go wrong with it. We recently spotted her in Mumbai airport where she looked fresh as a daisy in a pretty chikankari kurta that she teamed with a pair of comfy palazzos to travel easy. Adding some spark to her look was a pair of floral patterned juttis in bright pink and chic drop earrings.

(Also read: Yet Again, Karisma Kapoor Proves That She Is The Queen Of Ethnic Dressing) 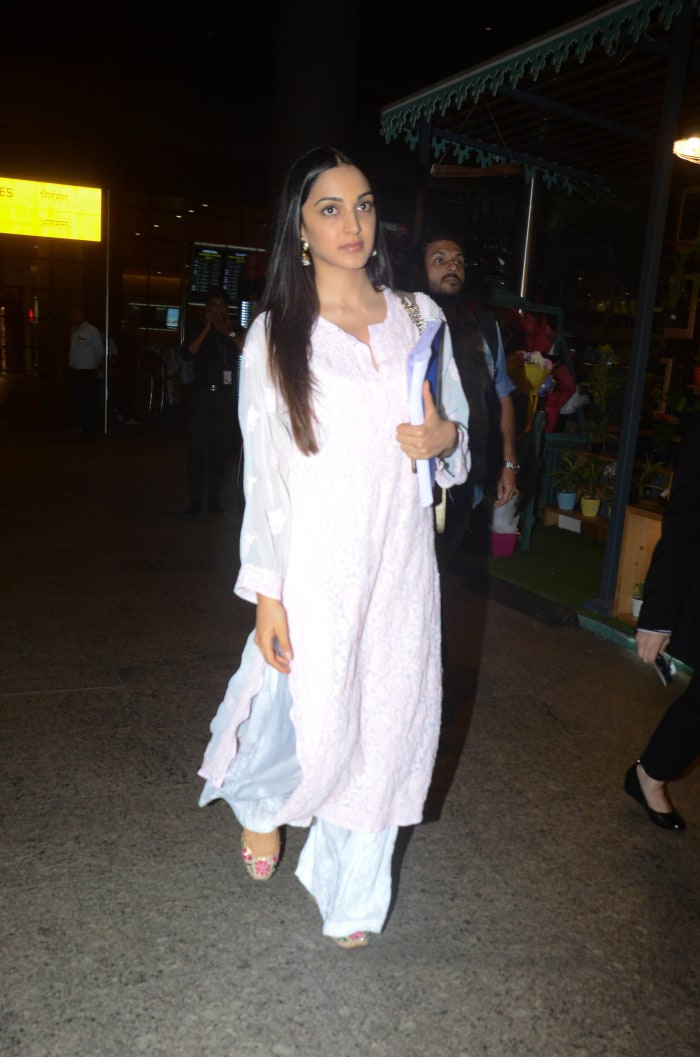 Last week too, Kiara was spotted in Mumbai, on her way to her dance class, when she opted for a white chikankari suit to make a chic style statement. The knee length kurta had beautiful floral patterns and she teamed it with a pair of white leggings and a matching dupatta with chikankari detailing. For accessories, she sported a pair of silver jhumkas and metallic sandals. 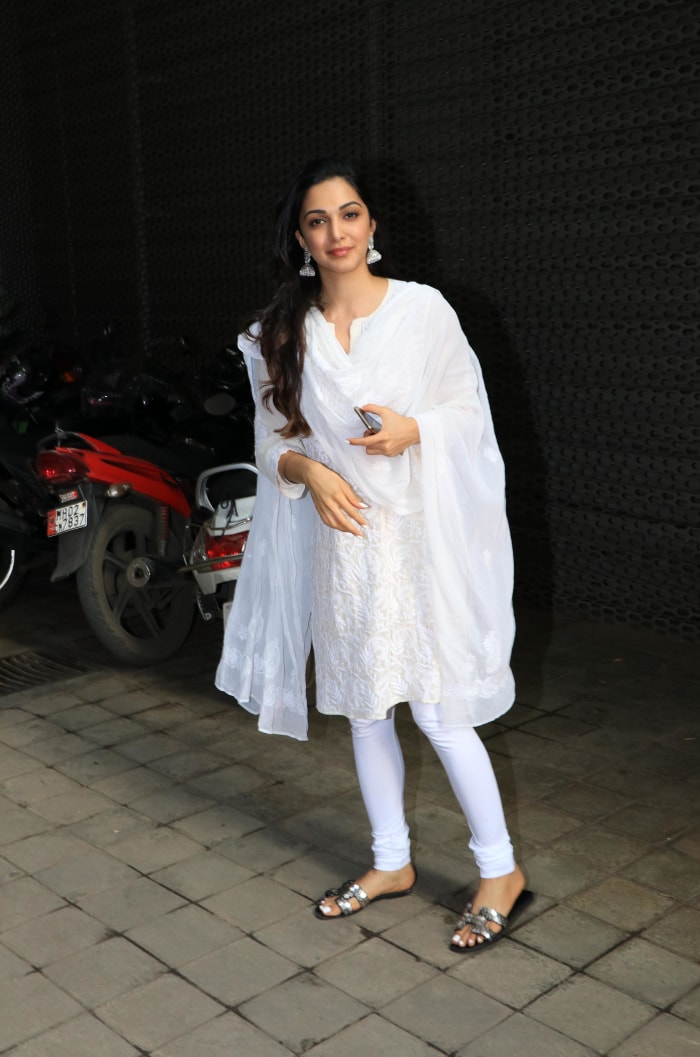 Another Bollywood actress, who time and again is seen making a case for white suits is Sara Ali Khan. There's probably no one in B-town who loves the basic wear as much as Sara does. For an evening out with friends, she once again opted for a white suit to keep it simple and chic. The light kurta had self embroidery patterns and Sara teamed it with sparkly juttis and bangles to notch it up. 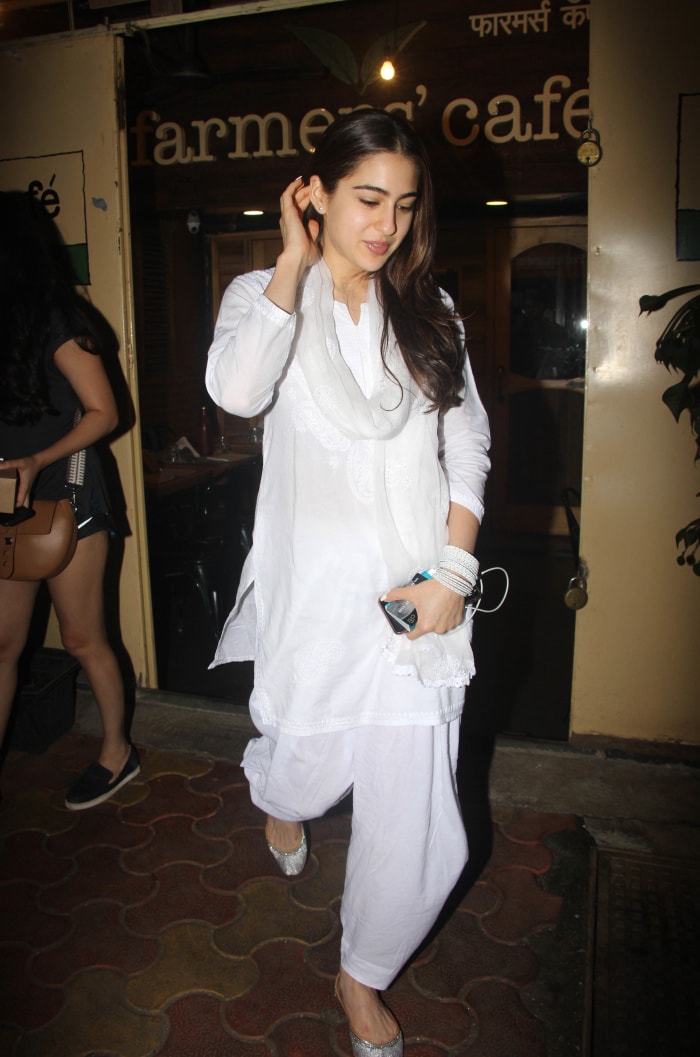 So if you thought that white desi suits were far from chic, think again!