Kriti Sanon has nailed the casual cool brief once again 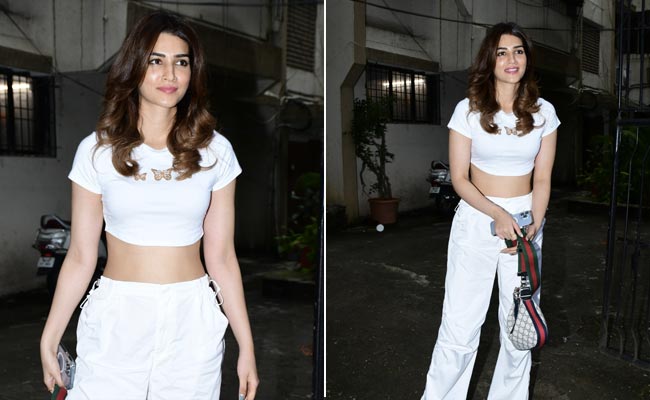 If the casual style goals have been set mighty high these days, then Kriti Sanon is the one responsible for it. The Bollywood actress has been spotted in the city frequently in recent times and despite the intermittent rains, she has always managed to turn out in her very best. That wasn't any different when we caught a glimpse of her in Mumbai this week. Kriti opted for an all-white look but this one came with a neon touch and a designer accent as well. The actress wore a cropped white t-shirt with a round neckline and short sleeves. Over the front of it was a metallic gold design of a butterfly. It also put on display Kriti's slim waist, which led us to her bottom wear. 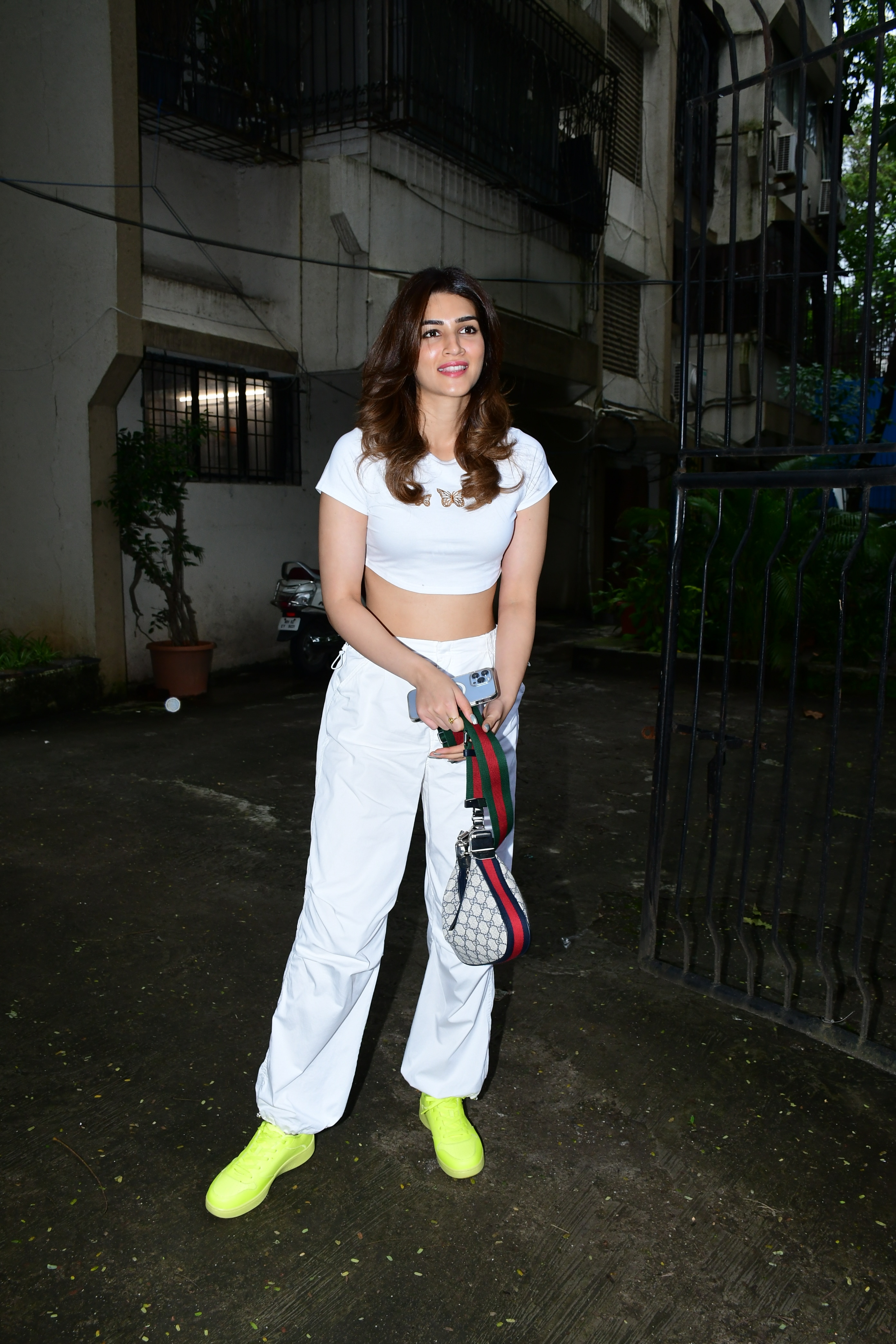 Balancing the fitted silhouette on top was a pair of white cargo pants at the bottom. Their baggy fit lent a casual vibe to the rest of the outfit. And here is where it got a neon touch. Kriti wore the outfit with fluorescent yellow sneakers which were the bright touch that this outfit longed for. In her hand, she carried a Gucci sling bag with its trademark red and green sling strap in her hand. 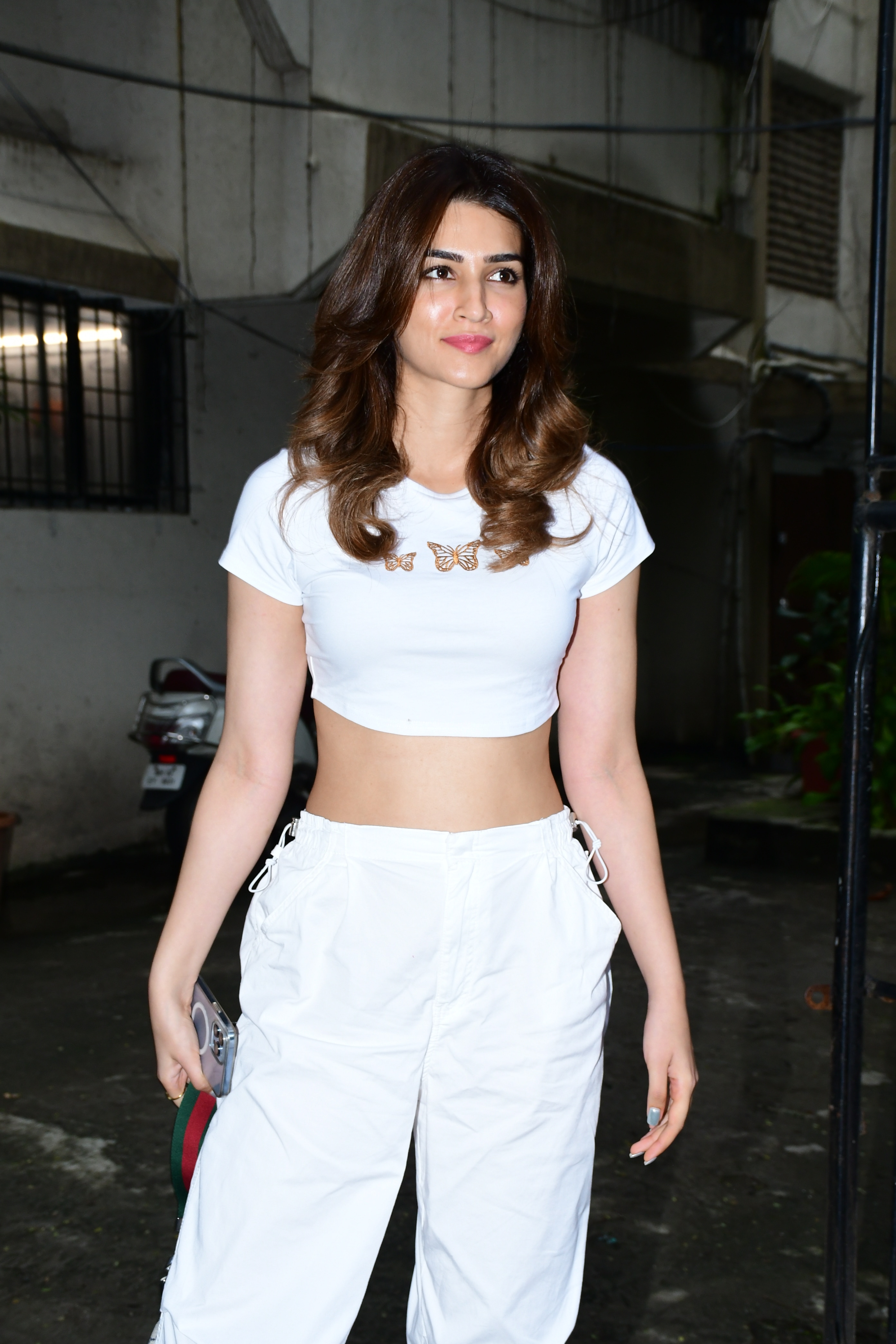 While Kriti sported a visibly radiant complexion, her brown locks look like they had been trimmed and styled into curls. With her easy breezy yet wearable outfit, it seems like Kriti Sanon has nailed the casual cool brief once again.