Kriti Sanon has been giving us style lessons on how to transform ethnic looks like a pro, from traditional to modern chic

Bollywood actress Kriti Sanon has been ruling the style charts for ethnic fashion this season with one after the other stunning looks. Busy with the promotions of her upcoming film Panipat currently, Kriti Sanon has been impressing all not just with her on screen role of Parvati Bai, but her glamorous style statements in Indian ethnic wear during the events. If you have been looking for ways to give a stylish spin to your ethnic looks, then you need to take down notes from this B-town beauty, whose ethnic style has been an absolute treat, spanning from traditional to modern chic.

So let's take a look at some of Kriti Sanon's gorgeous ethnic looks, starting with her most recent style statement in a beautiful ethnic suit by designer Rajesh Pratap Singh. Ethnic suits are a favourite because they are easy to wear without any fuss. But take a break from traditional designs and amp up your look by opting for a contemporary silhouette like this cream number that features an asymmetrical cut, textured look with standout animal patterns and a flared bottom.

(Also read: Add Funk To Your Look With Chunky Jewellery Like Kriti Sanon) 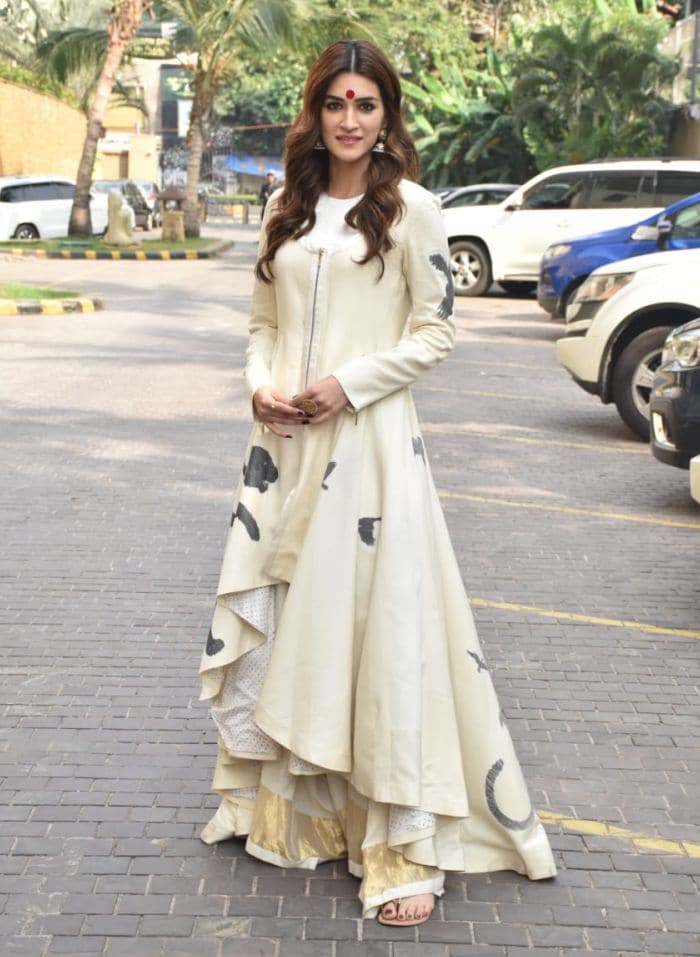 Make a chic style statement in ethnic blacks as Kriti did with another stunning outfit from Rajesh Pratap Singh.

Who doesn't love to wear sarees? Kriti Sanon once again went the contemporary route by picking this beautiful creation by Abraham &Thakore where the kurta met the saree. 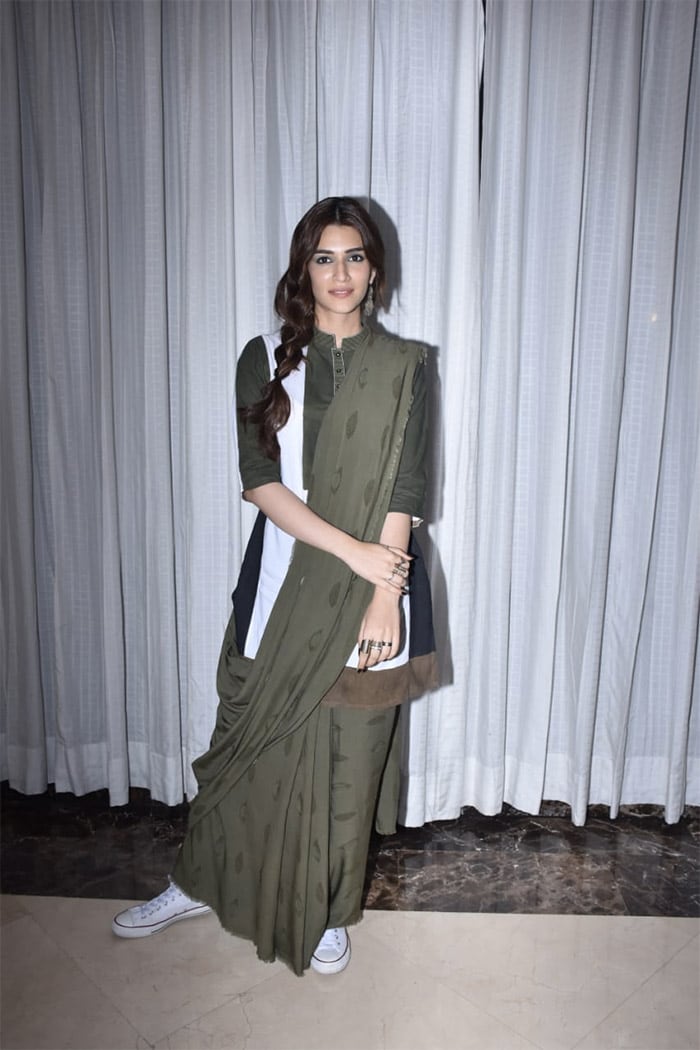 Kriti is a saree by Abraham &Thakore

But then again, if you love to keep it traditional, a beautiful handloom saree is a forever favourite. Kriti Sanon was an absolute stunner in a pink Benarasi saree by Ekaya. 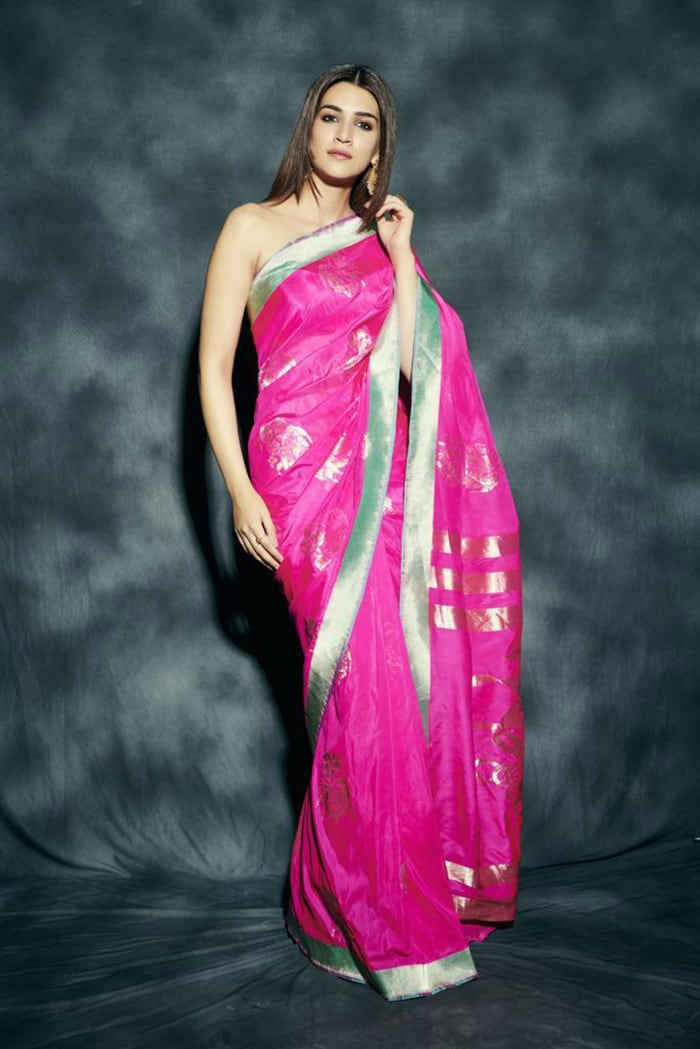 A pink Benarasi saree by Ekaya worn by Kriti Sanon

Ethnic pastels are something that have been getting major love and for good reasons. It's understated yet chic, and Kriti Sanon showed us that a stunning sharara suit like this creation by Tarun Tahiliani is bound to be a big hit.

As much as we love pastels, there's also colourpop for days when you want all eyes on you. In a fuschia pink lehenga by Jayanti Reddy, Kriti Sanon went the regal way to look like a queen. Kriti teamed it with a matching kurta-style blouse featuring bell sleeves and gold embroidery. 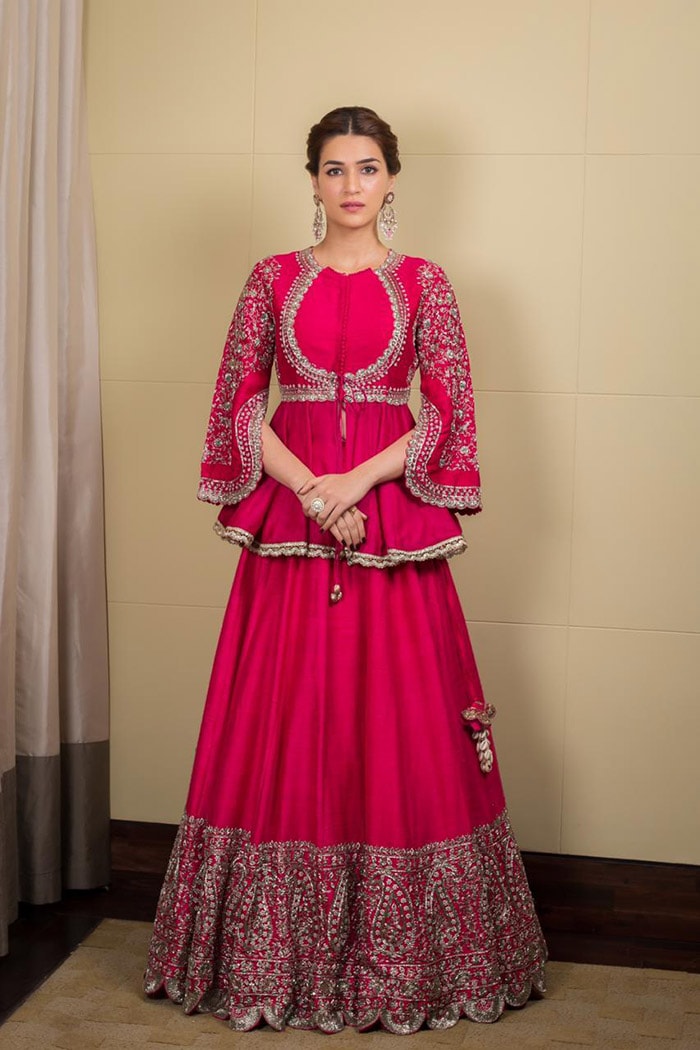 If Boho Chic is more your style, then Kriti proves that teaming your contemporary outfits with statement jewellery will set you apart. On one occasion she wore a Geo Gala Boho Tribe Kaftan by Ridhima Bhasin and paired it with jewellery by Sangeeta Boochra. 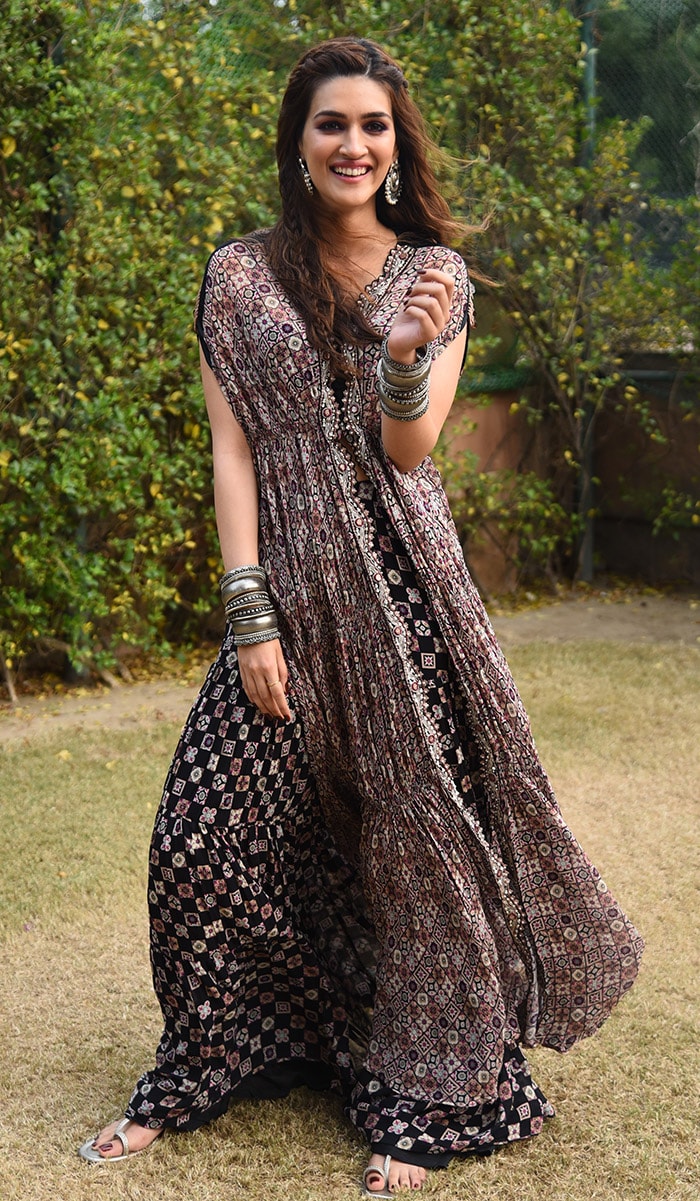 On another occasion, Kriti Sanon was a vision in a pristine white outfit by Rahul Mishra, once again teamed with stunning jewellery from Sangeeta Boochra. 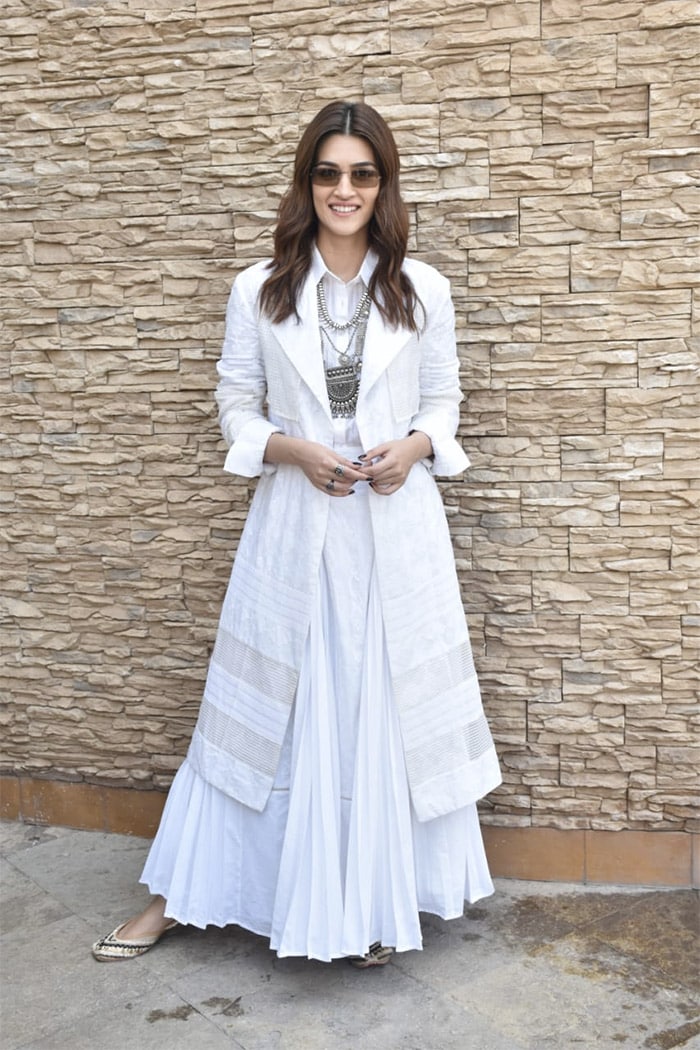 Kriti Sanon in a pristine white outfit by Rahul Mishra

From traditional to modern chic, there are many ways you can experiment with your ethnic looks and make showstopping style statements like Kriti Sanon.

An Ethnic Style Wardrobe To Glam Up Like Kriti Sanon

We have put together a list of stunning ethnic outfits that you are sure to fall in love with. Take a look:

Like Kriti Sanon, steal all the attention in gorgeous ethnic outfits.