Lady Gaga Is Elegance Personified At The Venice Film Festival

Each look is more sophisticated than the next

Remember Lady Gaga of the late 00s; of meat dress wearing, Poker Face singing fame? She's long gone, if you didn't know that already. From being the songstress known for her oversized hair bows, wacky looks and emergence from an egg at the 2011 Grammy's, Lady Gaga's style has evolved dramatically over the past few years. She now dons sophisticated designer couture and subtler makeup, a far cry from the unconventional, eccentrically dressed Gaga of yesteryear.

Her recent appearance at the 2018 Venice Film Festival was enough proof. The film fest, which often passes under the radar, was visited by plenty of celebrities but it was Gaga who stood out with her style. She attended for A Star Is Born, which is her biggest acting role yet and marks Bradley Cooper's directorial debut, who also stars alongside her.

Lady Gaga arrived in style at the festival wearing a black strapped suit with matching pumps. Her platinum blonde hair is worn in a rolled updo hairstyle with black eyeliner and red lips.

She arrives in a classic look at the festival

Her most talked-about appearance was saved for the red carpet. Gaga wore a bountiful pastel pink feathered gown, which is a Valentino Haute Couture creation. She paired the ensemble with Chopard jewellery, pink toned makeup and a top bun. 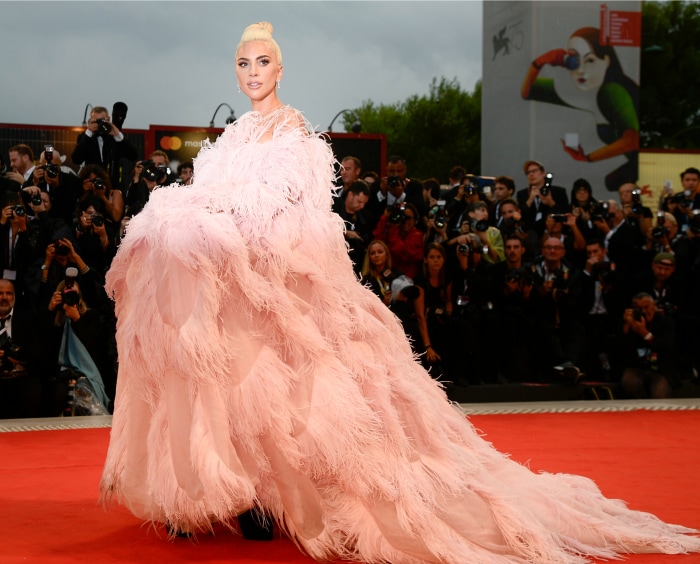 Lady Gaga on the red carpet

For another appearance on the red carpet, Lady Gaga continued to channel old Hollywood glam in a white strapped and pleated dress, a vintage Azzedine Alaia number. This was worn with black pumps, diamond earrings and a muted makeup look. 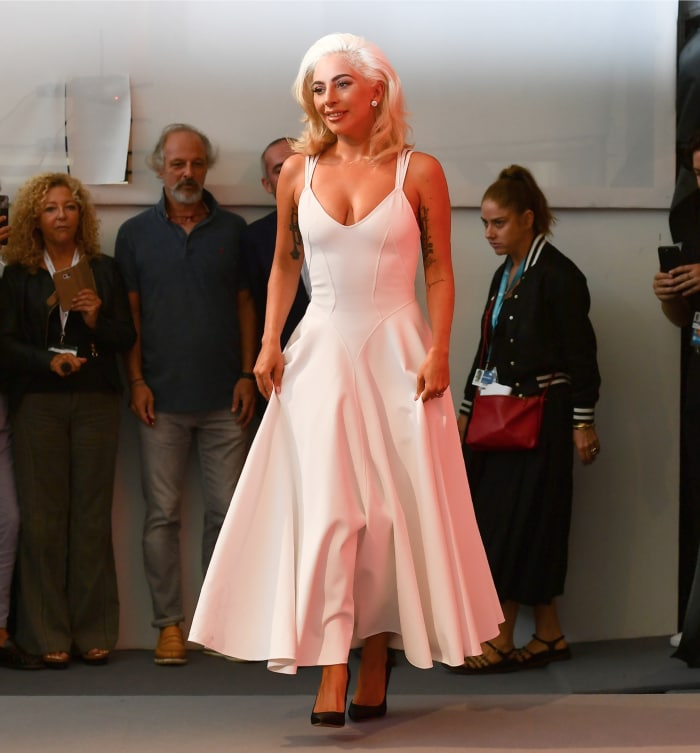 She wears white for her second red carpet look

She ended the festival on a fashionable note in white three-piece separates, which matched her hair perfectly. She wore this with black sunglasses, red lips and a sleek black handbag from Celine, which is Hedi Slimane's first design for the French luxury label as creative director.

Lady Gaga's final look is just as stylish as her first

Which of Lady Gaga's looks are your favourite? Tell us in the comments.