Lakme Fashion Week 2018: Who Wore What To The Anita Dongre Show

Anita Dongre is one of the most celebrated designers in India. From the rich and famous celebrities to us lesser famous individuals, liking Anita Dongre's designs is something most seem to have in common. The subtlety of and intricate details in her creations could be given some credit to here. It was fitting then, that the first day of the Lakme Fashion Week 2018 came to an end with a remarkable show put up by Anita Dongre. While Shahid Kapoor and his lovely wife Mira Rajput Kapoor looked fabulous as the showstoppers for Anita Dongre's show, there were many other B-town celebrities who marked their presence at the show looking almost as stupendous in different creations also from Anita Dongre's line.

Sagarika chose to wear a beautiful, soft pink sharara set from Anita Dongre, with kadhai and gota work all over the shirt and along the borders on the dupatta. Needless to say she looked like a sight to behold. It was no surprise to see Sagarika at the show given her love for Dongre's designs. After all, she did choose to wear multiple outfits from Anita Dongre at her wedding functions. 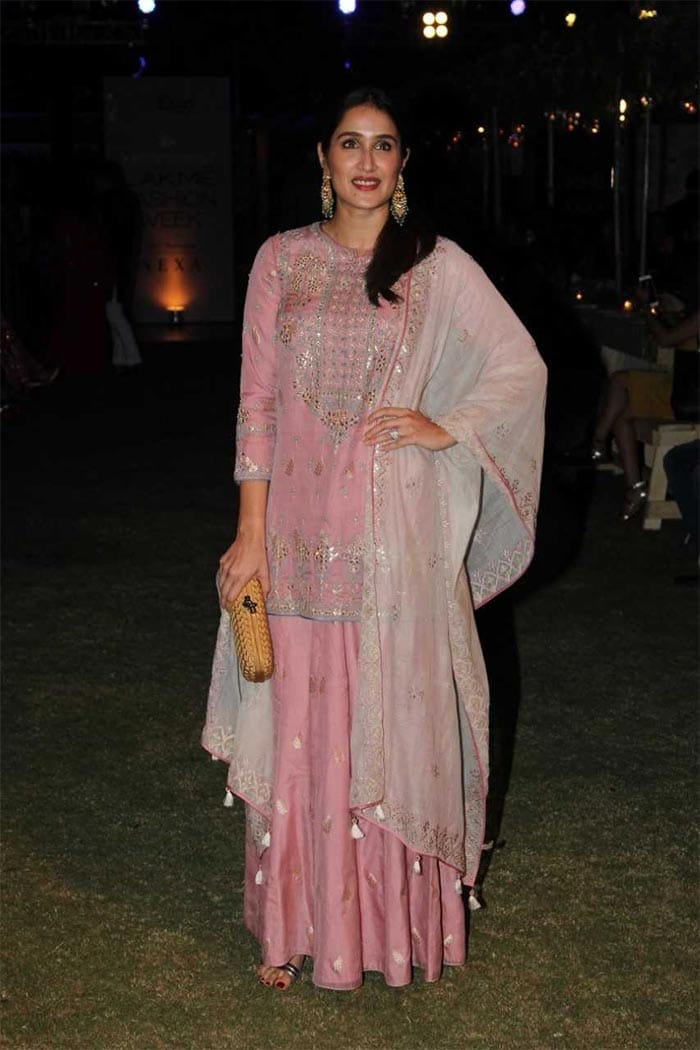 Katrina Kaif's younger sister Isabelle Kaif might not be a star yet, but it sure seems like she's making her way there. Isabelle has lately been seen spending a lot of time with her sister in Mumbai and has also been attending Bollywood events with her (including Virat and Anushka's very exciting wedding reception). So much so, that in December last year Isabelle also bagged a contract with Lakme India. It was surprising to see Isabelle attend an event without her big sister, but given that she is a Lakme girl, it was fitting to see her at, perhaps, the most significant show of Day 1. Isabelle showed up in a deep blue dress which had a bodice full of work and a plain skirt. She looked pretty with simple hair and makeup and shiny silver pumps to accompany her dress. 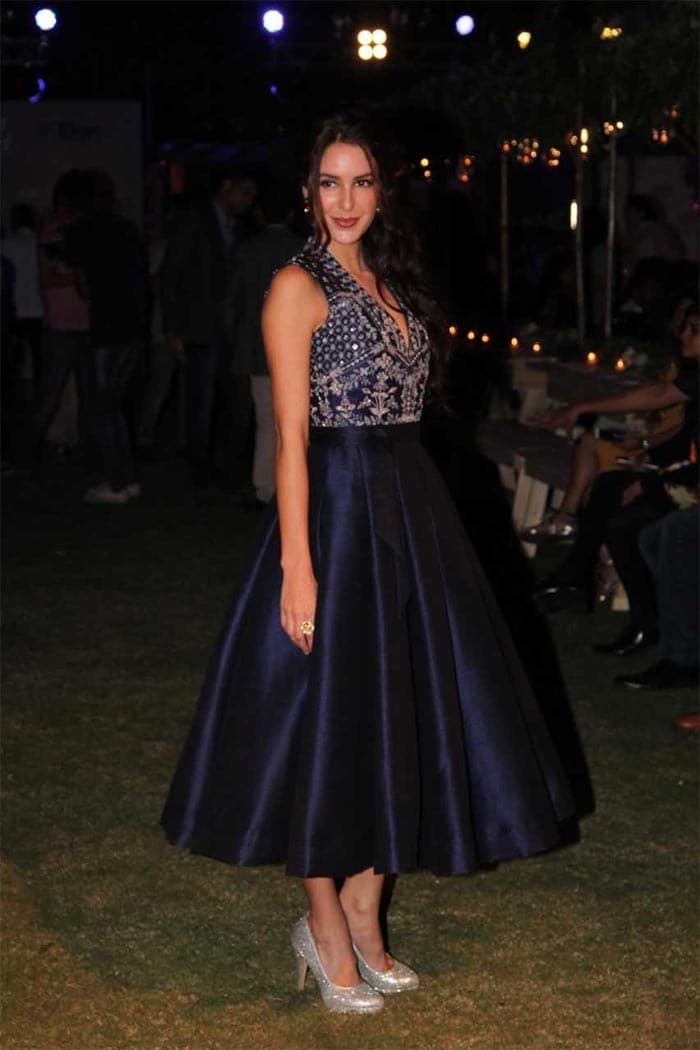 Yami Gautam's powder blue number from Anita Dongre was definitely a winner. Yami's soft makeup, natural wavy hair and nude heels complimented the three piece outfit perfectly. Even with minimal work, this creation was every bit as stylish as Dongre's other designs. 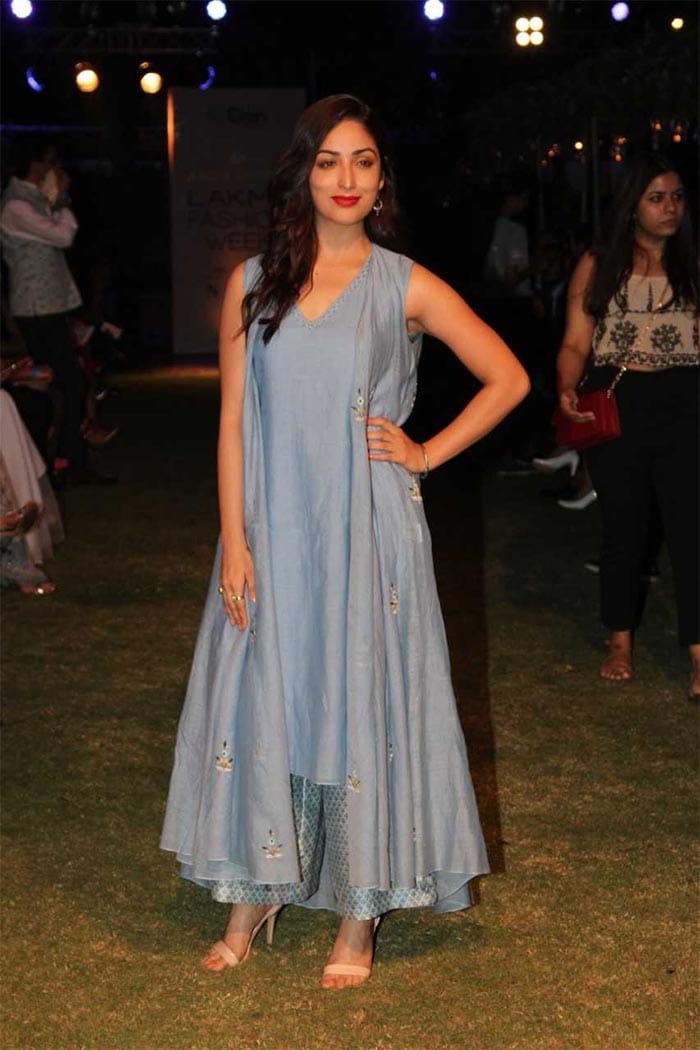 If you don't recognise Shriya from some of her critically acclaimed films in South Indian cinema, you might remember her from the British-Canadian film Midnight's Children that was directed by Indian origin director and screenwriter, Deepa Mehta.

For Shriya, Anita Dongre seems to be amongst her top favourite designers. She is often seen wearing garments from Anita Dongre's collections; only recently for the music launch of her upcoming film, Gayatri. Last night for the closing show of Lakme Fashion Week Day 1, Shriya wore a beautiful pink sari with a white gota patti blouse. 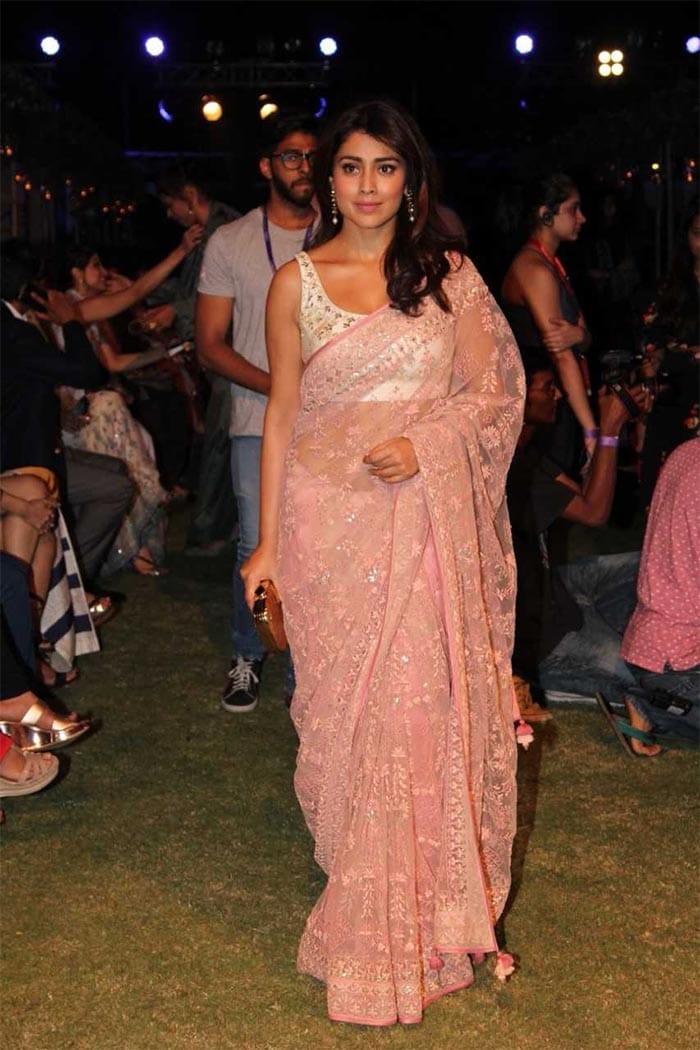 Shamita Shetty has made many fashion faux pas, but last night in a soft blue outfit and jewelry from Anita Dongre, she managed to steer away from any fashion disasters. The outfit with its cinched waist and flowing skirt was rather flattering on Shamita. Shilpa Shetty's younger sister is best known for her role in her debut film, Mohabbatein. 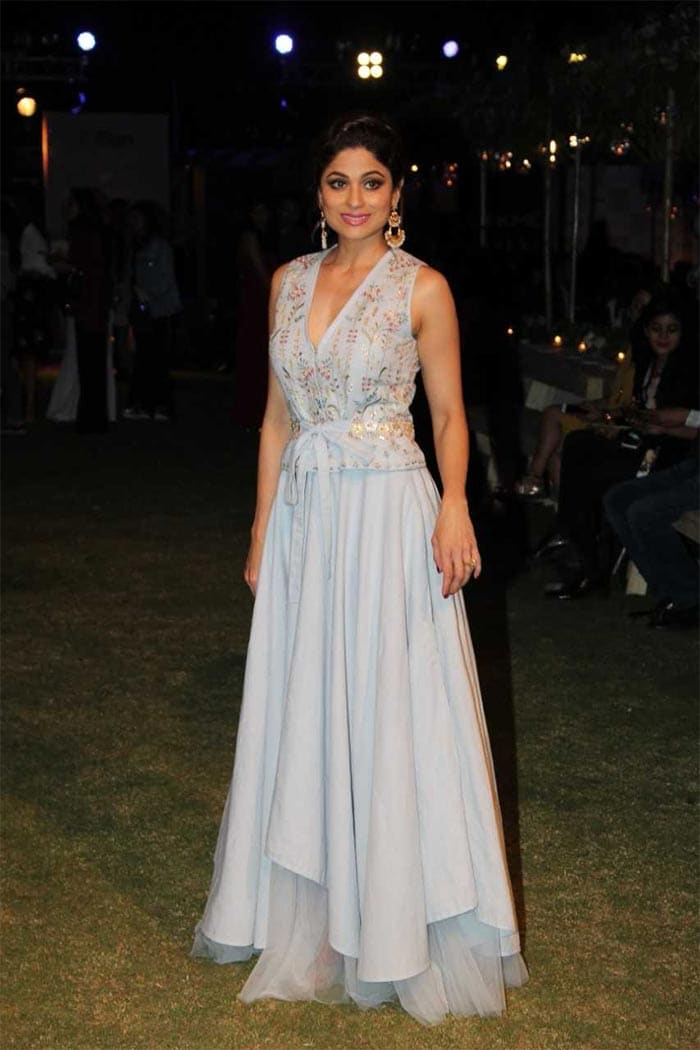 You could say we saved best for last. Diana Penty's yellow-gold blouse with its floral pattern and mint green midi-tulle skirt was one that managed to grab the envy of many. The tulle skirt was an important element in Anita Dongre's latest collection and Diana Penty with her gold jhumkas and flawless makeup did it complete justice. 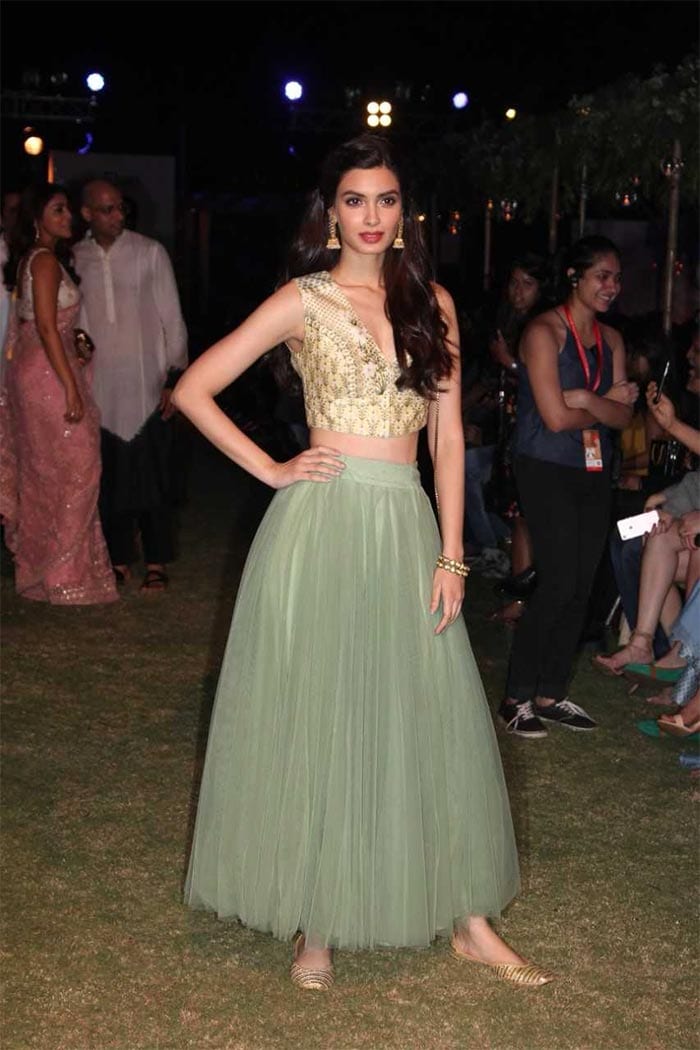 Which one of  these looks was your favourite? Tell us in the comments below.