Like Cousin Kareena Kapoor, Aliya Kapoor Proves That Style Is In The Genes

One look through her Instagram photos will prove that Aliya is a very stylish Kapoor, through and through

We've always knew that Kareena Kapoor and Karisma Kapoor are one of the most fashionable siblings in Bollywood. It's also common knowledge that the Kapoor khandaan, often considered the first family of Hindi cinema, is a mighty large one with Ranbir Kapoor, Taimur Ali Khan and Aadar Jain being part of the clan. But there's probably one Kapoor you've never heard of and she's just as fashionable as the rest of them. Aliya Kapoor is a 20-something London-based artist who showcases her paintings on Instagram and happens to be the granddaughter of Shashi Kapoor. Daughter of Karan Kapoor and Lorna Kapoor, Aliya is the cousin of Kareena, Karisma and Ranbir. While being settled in another continent has kept Aliya out of the Bollywood limelight, her Instagram photos have now gone viral. One look through them will prove that Aliya is a Kapoor through and through and her style gene is well intact. 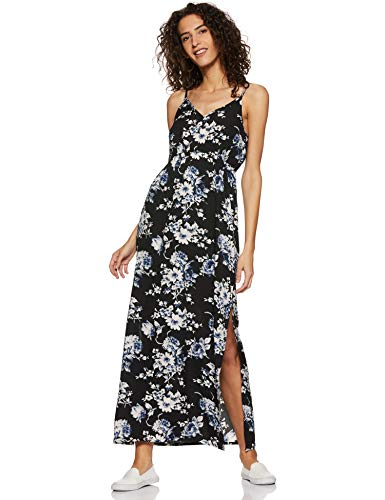 Aliya credited dear old dad for this photoshoot in the mountains of Italy where she looked practically radiant in a thin strap yellow dress with a chain necklace.

A summer day saw Aliya Kapoor wear a white bikini top and orange contrasting bottoms for a picnic in the park.

Hyde Park looked brighter when Aliya enjoyed the sunshine in a pair of denim cutoff shorts and printed scarf top with white sneakers.

She looked snug in her pink and grey puffer jacket which she paired with jeans and sneakers for a day spent with her girls.

It's nice to see Aliya's formal fashion quotient when she celebrated girl's night in a fitted champagne dress with ruched sides and thin straps.