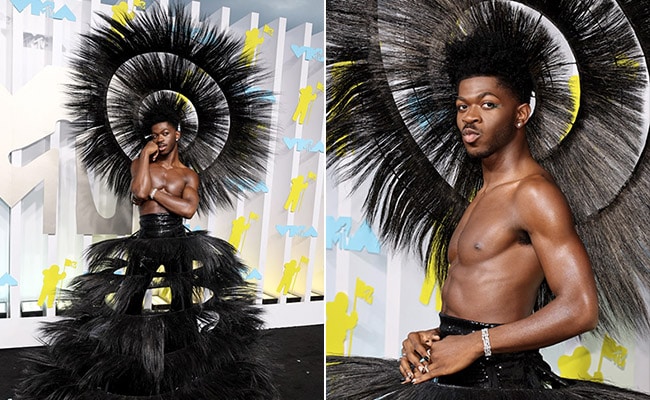 The annual Video Music Awards by MTV aren't like any other award function. If the fact they pull out a black carpet instead of a red one isn't proof enough, it's also the celebrity crowd in attendance. Majorly made up of the Hollywood music fraternity, they are definitely more willing to push the envelope than actors do. The 2022 MTV VMAs were proof of that; from Lil Nas X in particular. The hit maker, known for Old Town Road, Industry Baby and That's What I Want, is always one to make a statement, whether it's with his chart-topping music, his opinions or his gender-fluid fashion choices. On last night's black carpet at the 2022 VMAs, that was with the latter. 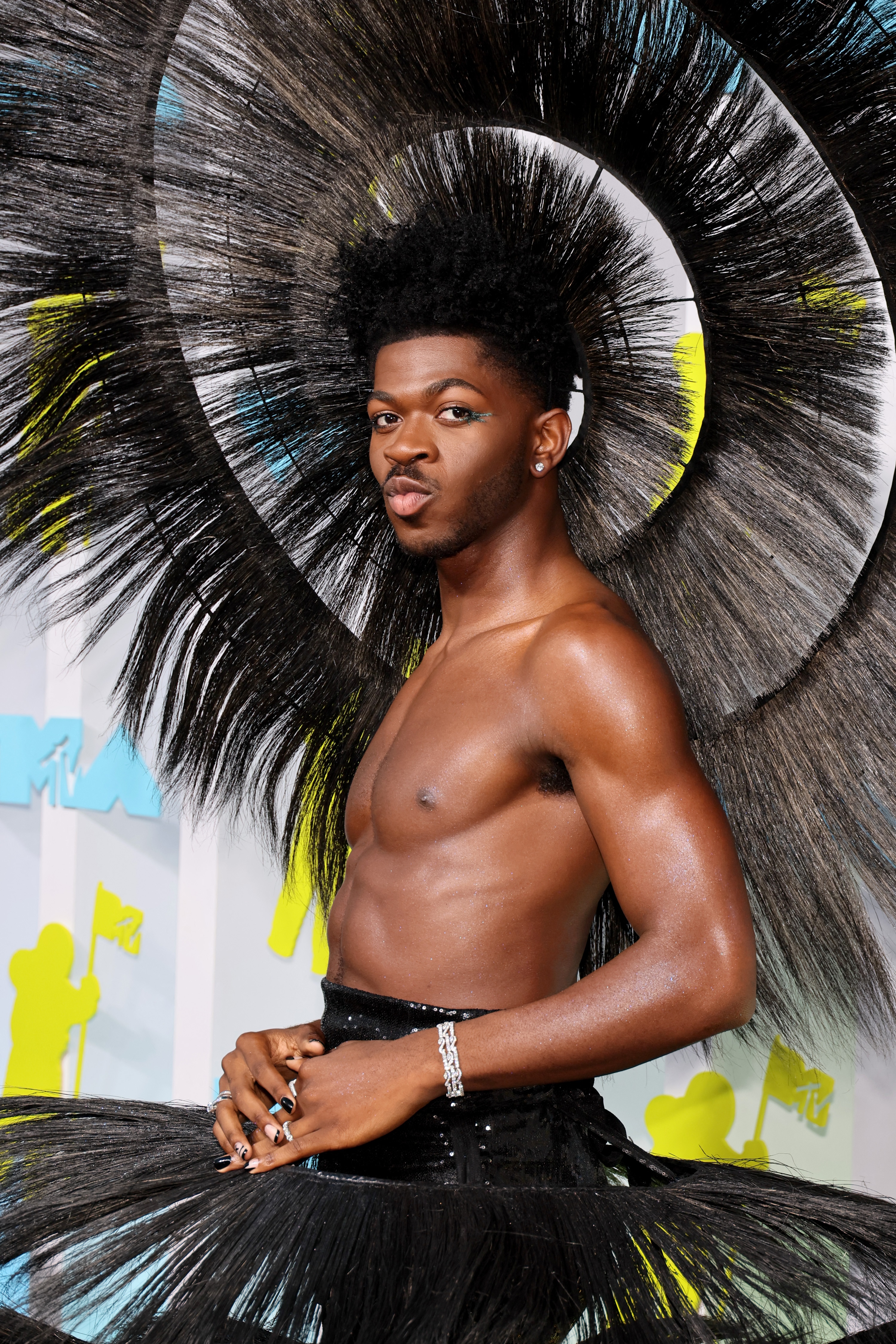 Lil Nas X sported a dramatic headdress created with multiple concentric circles which were trimmed with black feathers. He was shirtless, showcased his toned physique and opted for the shimmering pair of black sparkling high waist flared trousers. Over it, he showcased a black circular skirt which was trimmed with black feathers, matching his head gear perfectly well. He also wore a studded bracelet and matching earrings with it. 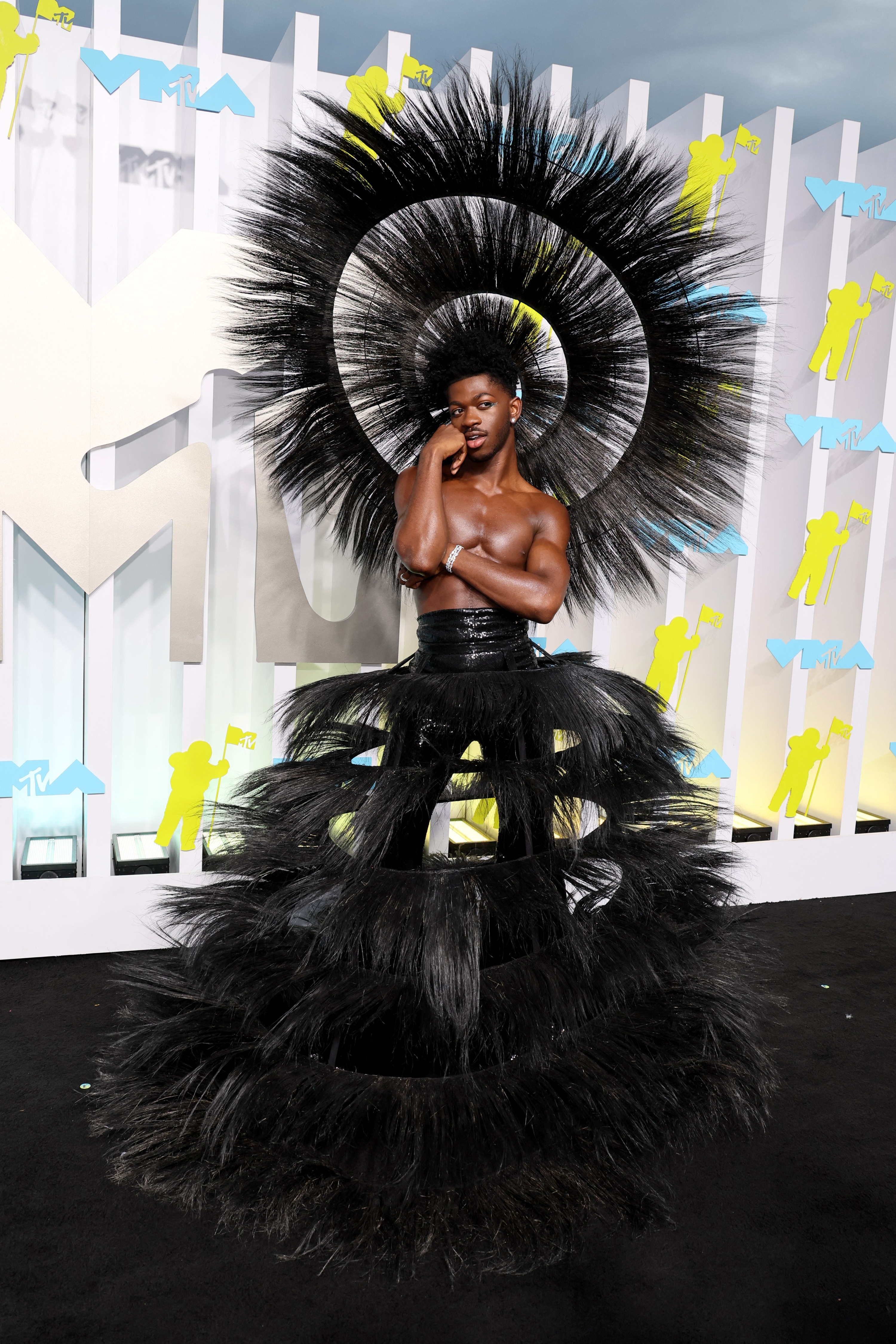 In terms of beauty, Nas went with a groomed beard and moustache along with defined eyebrows. Adding glitz to his outfit was a glittering aquamarine toned eyeliner, which was a funky touch. His chest was also highlighted, which took highlighter goals for guys to the next level. That's just what Lil Nas X does; sets the statement fashion quotient sky high.

(Also Read: Olivia Rodrigo Is Edgy Chic In A Black Sheer Set With Chunky Heels And A Choker Necklace)