Malavika Mohanan Shows Us How To Get Stripes Right - Effortlessly

Malavika Mohanan just made us crush on stripes again

Other than floral prints, if there's a style trend that's been making quite a mark this season, it is stripes. From Deepika Padukone to Alia Bhatt and Shilpa Shetty, Bollywood celebs have been showing major love for this trend and nailing it like a pro. Another celeb who was recently spotted making a strong case for stripes was Malavika Mohanan. The beautiful actress hasn't just emerged as a star performer on the big screen but also a fashionista by her own right. While her role in Majid Majidi's film Beyond the Clouds has put her in the radar of promising actresses in Bollywood, she has also many noteworthy South Indian films to add to her kitty, including an upcoming one with superstar Rajinikanth.

Coming to her fashion choices, Malavika has time and again proved that she knows how to pick the right styles and make impressive appearances all around town with her chic, contemporary, and classic fashion sensibility. A perfect case in point is her recent look when she made us crush on stripes all over again with her effortless look. For a casual evening out, Malavika sported a striped bodycon dress in white and brown, and teamed it with a denim shirt and a chic pair of strappy flats. 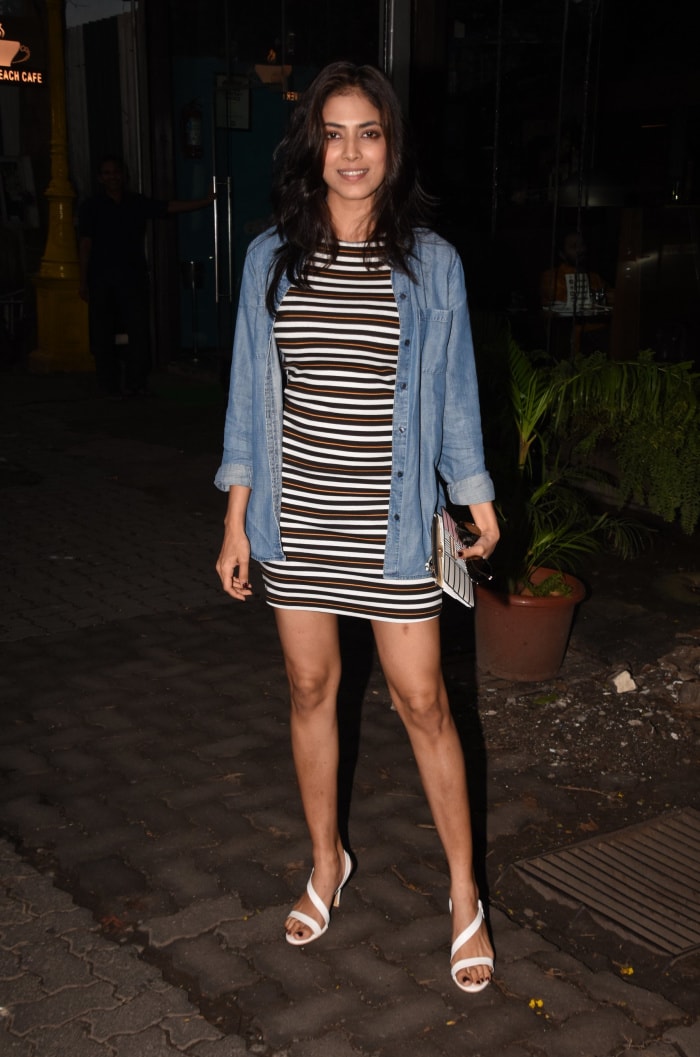 Malavika makes a case for stripes

We loved how Malavika managed to spin around a rather simple dress in a chic way without much ado. With her hair left loose and minimalist makeup, Malavika instantly set style goals for nailing casual style. 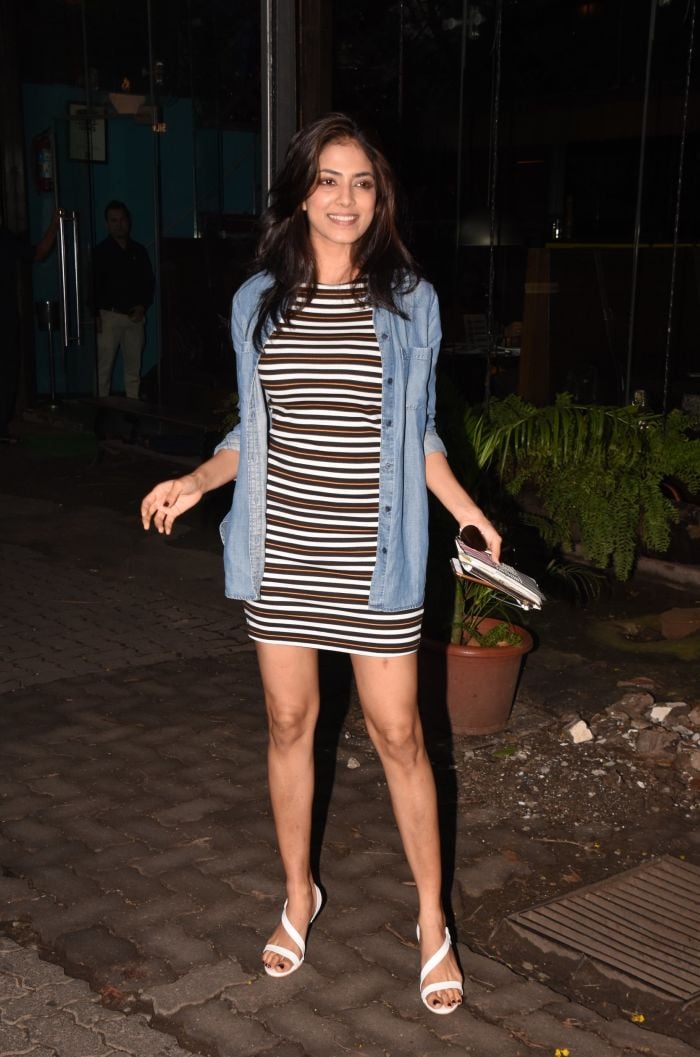 Keeping it casual and chic

This isn't the first time when we spotted Malavika own stripes like a boss. During the India premiere of Beyond the Clouds, the actress had made a trendy style statement in a simple white top paired with striped palazzo pants and silver hoop earrings. Her style mantra surely seems to be all about keeping it simple and chic. 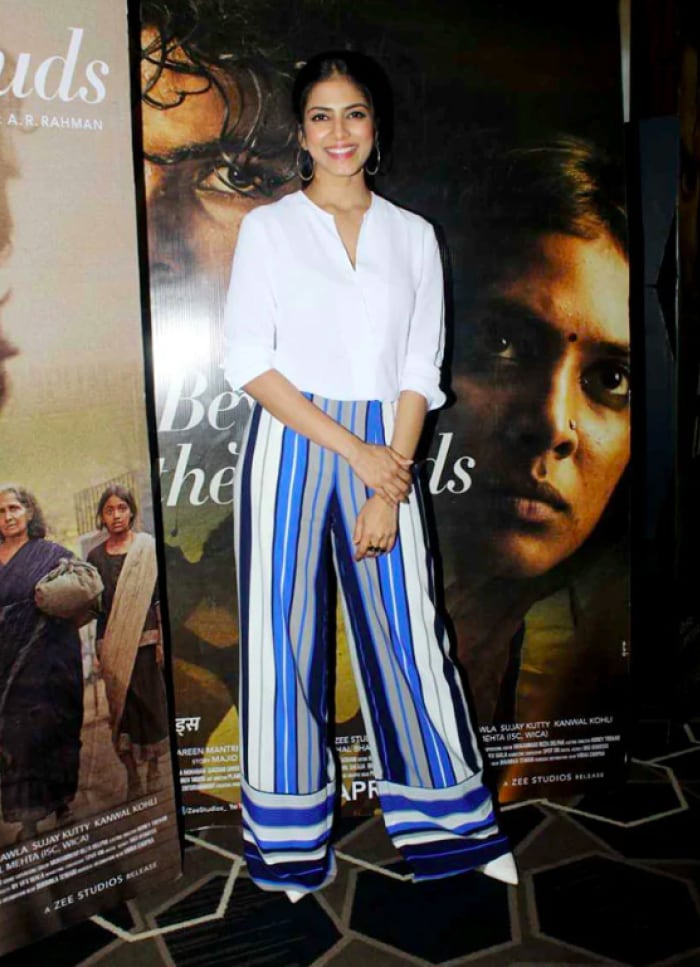 Malavika at the premiere of Beyond the Clouds

We can't wait to see more of Malavika and her chic style statements.