Meghan Markle may have been a Hollywood actress before becoming the Duchess of Sussex, but the attention she has since garnered on the world stage is incomparable. Post her fairytale royal wedding that was broadcast over the world, Meghan's style at numerous royal debuts has been scrutinised, fawned over and admired. It was no different when Meghan attended the Royal Ascot as British royalty for the very first time. All eyes were on her and she didn't fail to shine.

Hand-in-hand with her husband Prince Harry, Meghan looked lovely at the Royal Ascot event in demure black and white. She wore a white Givenchy buttoned dress with applique at the waist, discreet three-quarter sleeves and an asymmetrical hemline that hit mid-length. With it, were black pointed pumps, a matching box clutch and diamond earrings from Birks. 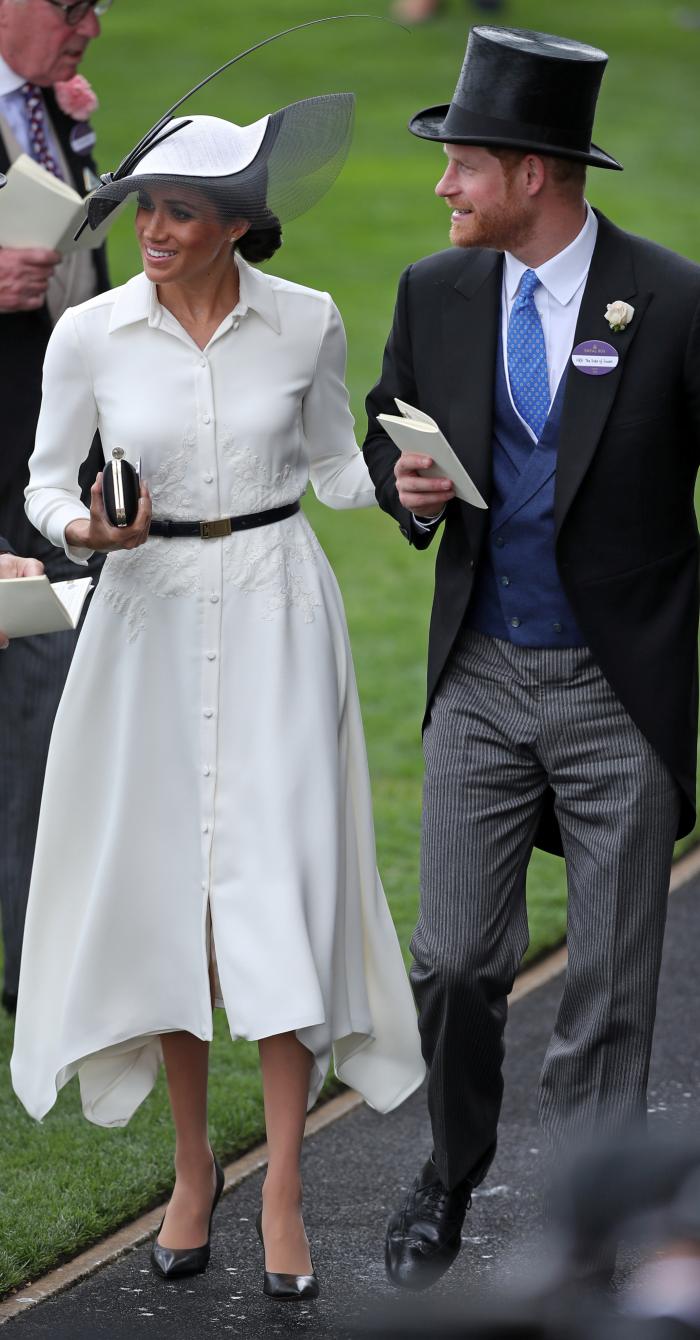 To accent the look, Meghan made sure to make a statement in the best (and possibly, only) way a royal can. With her understated look, Meghan wore a large sculpted style white hat with a black outer mesh rim and black accents from Philip Treacy. She also chose to hold her name tag rather than wear it, as Kate Middleton had worn during her Royal Ascot debut in 2016. The Royal Ascot is one of the most sought-after events for horseracing enthusiasts and fashionistas alike. The dress code is fairly strict and donning eye-catching fascinators and hats is often spotted on attending royalty and guests. Even amongst the scores of well-dressed attendees, the Duchess of Sussex did manage to stand out with her elegant look. 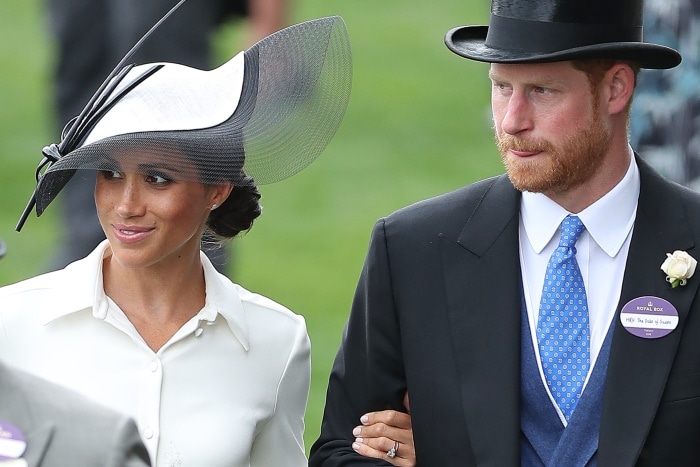 The event also marked one month since Meghan and Harry's royal wedding and with the style bar set this high, we can't wait to see what's in store for her next.