Met Gala: To Win The Red Carpet, Looking Great Is No Longer The Point

It doesn't matter whether a frock is good or bad. The point is how fabulously, insanely, nutso a guest can go and still exude cool

The public already assumes that all fashion is a bit off the rails (Picture Credit: AFP)

If social media are any judge, Rihanna won. She won all the attention. The bragging rights. The hearts and minds. Her victory was on the red carpet for Monday evening's Metropolitan Museum of Art Costume Institute benefit. In celebration of the exhibit "Heavenly Bodies: Fashion and the Catholic Imagination," she arrived wearing a Maison Margiela silver embroidered and spangled ensemble with a matching miter - or, in layman's terms, a pope hat.

Her ensemble was a technical and creative wonder. Did she look stunning? Not exactly. More precisely, she looked outlandish, which has become the raison d'etre of the Met Gala red carpet. One must break the internet, trend on social media and leave tongues wagging.

This year, the gala brought forth Cardi B, who arrived in pearls, trailing satin and wearing a Madonna-esque headpiece. There was Nicki Minaj dressed as an haute couture devil in red Oscar de la Renta, Katy Perry in Versace, and with a six-foot wing span, and the hip-hop trio Migos, dressed like the fashion equivalent of an Atelier Versace-induced acid trip. Add a little Kardashian sizzle. Stir in a bit of Jared Leto wackiness. Bake until outlandish. 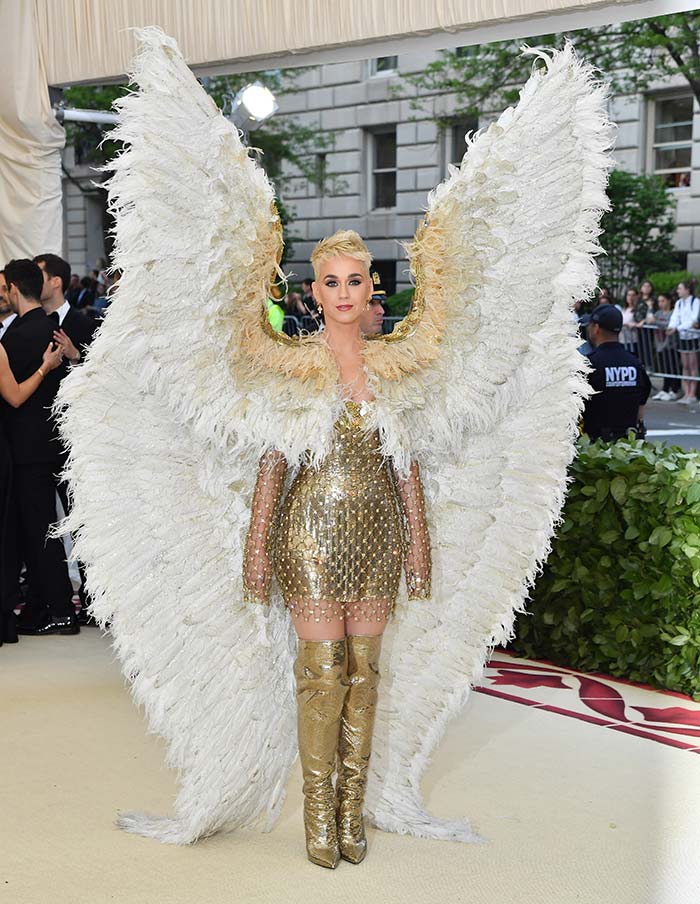 The Met Gala red carpet is a red carpet to nowhere - at least for the watching public. It does not precede a televised award show or concert. The promenade itself is the main event. It is the fashion show of the cultural imagination, a place where fashion is everything people imagine it to be - if only for one night. The typical industry runway presentation offers a parade of skinny, nameless models wearing dour expressions and clothes that range from so-so to extravagant, just inaccessible enough to irritate you. Whereas the Met runway is freely, indulgently outrageous. The faces are familiar. These are entertainers, and it is their job to amuse us. Not all the bodies are perfect. Occasionally, someone smiles. 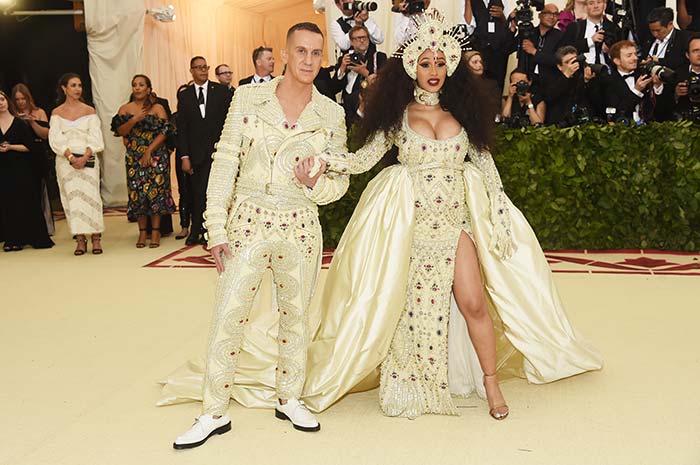 It doesn't matter, objectively speaking, whether a frock is good or bad. The public already assumes that all fashion is a bit off the rails. The point is how fabulously, insanely, nutso a guest can go and still exude cool rather than self-consciousness. And so, yes. Rihanna won.

That's not the same thing as looking great. There was a notable contingent of actors and musicians who honored the theme of the evening - Catholicism and fashion, a nod to the new exhibit's subject - but also managed to strike a memorable image. Their ensembles were, by no mean, run-of-the-mill; most people wouldn't wear them in a million years. But they didn't, to use a technical term, look bonkers. Among them, Janelle Monae, in her black-and-white Marc Jacobs skirt and jacket with a crystal balaclava and a gold-lined hat by Stephen Jones; Jennifer Lopez, dressed in Balmain and exuding the usual Lopez smoldering sex appeal; Zendaya, dressed by Atelier Versace to conjure up Joan of Arc as a superhero; and Donald Glover, who always manages to look so at ease in whatever he's wearing, in this case a mauve Gucci tuxedo with "golden eye" embroidery on the back. 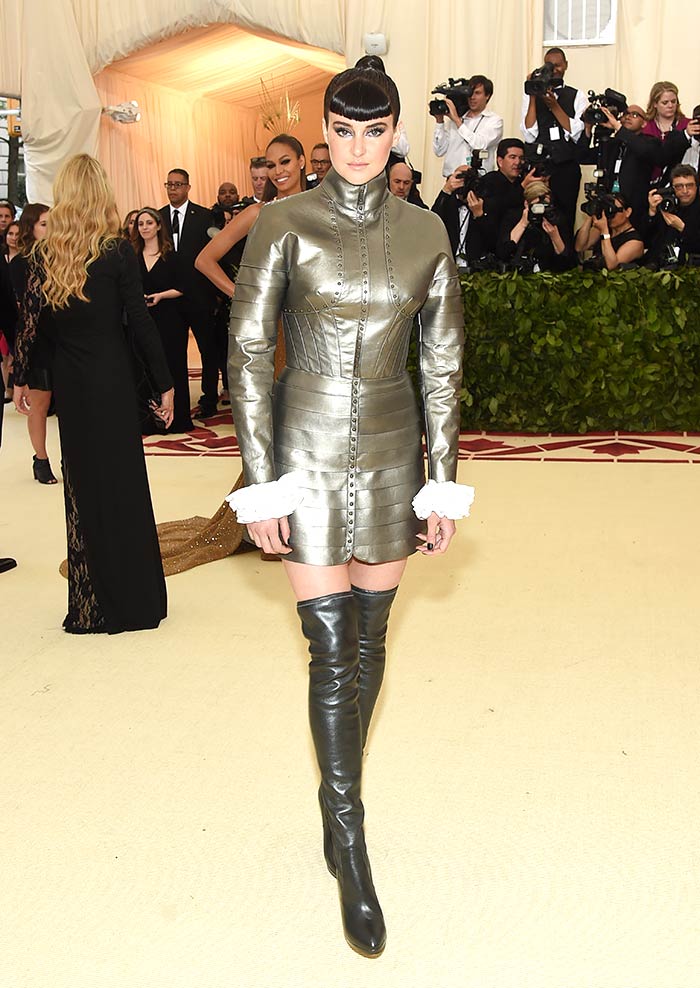 But over-the-top and mind-boggling is where the bar long ago was set by the likes of Beyoncé. In 2015 she basically showed up naked except for some well-placed crystals by Givenchy. The following year, she essentially wore a bedazzled condom. In 2015, Rihanna wore an embroidered Guo Pei coat with a train so long and broad that it essentially enveloped the entire red carpet in a flowing sea of egg-yolk yellow. The regular folks who attend the gala - which is to say the mere millionaires and billionaires, corporate titans, political powerhouses, philanthropic leaders and sports stars - cannot compete. So what if they have the money to actually buy these clothes? They do not have the chutzpah to wear them. Witness: the unfortunate sight of Tom Brady wearing a gold-trimmed Versace tuxedo jacket and a chagrined expression that says, "My wife said I had to dress on-theme, or Anna Wintour wouldn't let me come."

Wintour, the editor-in-chief of Vogue and artistic director of Conde Nast, is the organizer and ruler of the Met Gala, and it doesn't matter who you might think you are; you don't get to attend unless Anna says so. And so you will wear that soutache embroidery and like it.

The Met red carpet is a big night for fashion. It raises money for the Costume Institute, an august institution that situates attire in the broader cultural conversation. It gives designers an opportunity to unleash their creativity and see it come to life not just on a runway but also in the real world - at least as it exists in a celebrity's short walk from the limousine and up the steps into the Metropolitan Museum of Art. It is the one night when the fashion industry and the general public are happily and delightfully in agreement. Yes, these frocks are outlandish. And that's just great.

(This story has not been edited by NDTV staff and is auto-generated from a syndicated feed.)
Comments
Advertisement