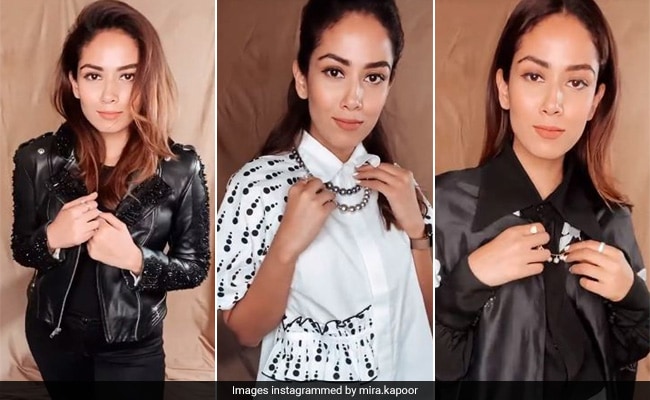 A scroll through Mira Rajput's Instagram profile will tell you she's a die-hard fan of Emmy-award winning TV sitcom Schitt's Creek. And it isn't only for David Rose's dry wit or the whacky 'A Little Bit Alexis' song. We're going to go out on a limb and say that Moira Rose, played by Catherine O'Hara, is Mira's favourite character from the show. Besides her hilarious accent and crow references, Moira Rose's iconic sense of style cannot be ignored. Permanently in tones of black and white, it often included embellishment with feathers, crystals and what not. Mira Rajput showcased her adoration for the sitcom with a video montage of black and white outfits inspired by Moira Rose, with a wearable twist. First in a check paneled shirt, Mira paired it hoop earrings and matching sandals. Next came a dot printed co-ord set with acrylic heels and a string of pearls around her neck. Then there was a cape worn over a black top and white jeans, which reminded us of The Crows Have Eyes 3. Mira wrapped up the video in a black and white striped dress with a mirrored belt. From styling as if she was in Schitt's Creek to the inspired accessories, there's absolutely nothing we don't love about Mira Rajput as Moira Rose. Shahid Kapoor seemed to agree with a comment on the video that said, "Mira moira hai". 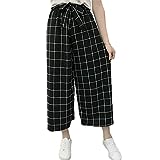 Even when she isn't channeling Moira, Mira plays around with black and white tones in her fashion choices. On a sunny day, she went simple with a black tank top and bottoms with a slim gold chain and pendant dangling from it.

When little Misha Kapoor got behind the camera, she shot her mama Mira like a dream. Wearing a white short-sleeve top and pants, she topped it off with printed frame sunglasses.

Back in January she had channeled Moira previously too with a black and white paneled shirt and matching umbrella but this time complete with layered gold necklaces, tinted sunglasses and red lips.

(Also Read: Mira Rajput's Version Of Summer Florals Is Like No Other With A Pretty Pair Of Earrings)