Parineeti Chopra proved the ensemble could get a chic upgrade 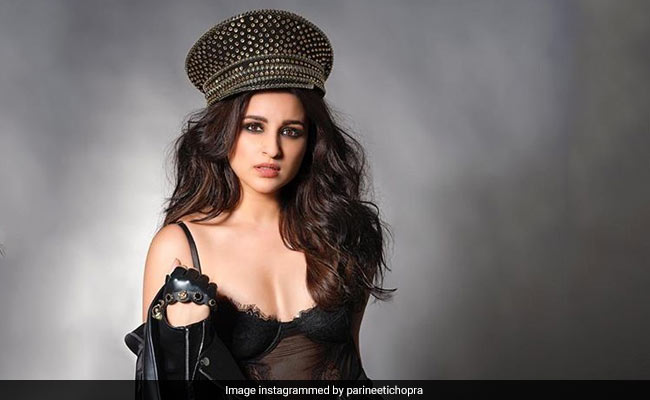 We know it has been many months since any of us attended a shaadi but do you remember weddings and the elaborate details they entailed? Like the sparkling garb and floral decor, the band, baaja and baaraat are also an unmissable part and parcel of the grand affair. While their loud tunes only add to the festive quotient, so do their colourful marching band outfits. That's not enough for Parineeti Chopra because she's giving the look her own glam spin.

The Bollywood actress shared a snap from a previous photoshoot by Daboo Ratnani which channeled wedding band vibes. Wearing a lace corset with trousers in an all black outfit, she completed it with one hand slung in a leather jacket and the trademark hat with studded details and shiny locks falling beneath. Ever thought the wedding band outfit could ever get chic? Parineeti proved it could.

(Also Read: Like Parineeti Chopra Give A Cool Spin To Pantsuits This Season)

And when she's not dressing like she's a part of the wedding entourage, she's dolled up like she's attending one. We can't forget the time she turned heads in a beige saree with rose prints and three-quarter sleeves with matching prints.

Her time in a blue and gold lehenga with glittery trimming and mirror embellishment with a maang tikka cannot be missed.

Neither can her appearance in a shimmering black lace saree with a sleeveless blouse and chunky earrings.

Parineeti dropped every jaw in the room when she wore a champagne lehenga with heavy jewellery not for any photo shoot but for the wedding of cousin Priyanka Chopra to Nick Jonas.

Weddings seem to be a favourite of this one, we think!