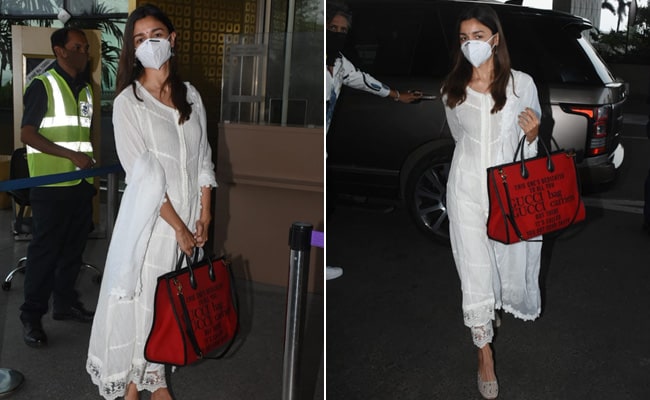 Diwali may be well past us but it looks like the ethnic hangover is here to stay. After a weekend packed with parties while draped in ethnic finery, it seems like the Bollywood stars aren't ready to put theirs away just yet. After being photographed with beau Ranbir Singh during Diwali festivities over the weekend, Alia Bhatt headed out of city. Her travel look of choice was a comfy ethnic outfit of a white coloured salwar kameez suit. The crinkled cotton kurta featured lace trimming over the hemline and a matching white dupatta with floral detailing over the ends. She wore the outfit with silver Fizzy Goblet jutti heels, jhumka earrings and a tiny bindi. But it was her designer bag that grabbed eyeballs. Alia carried the Gucci 100 tote bag in her hand in a splashy hibiscus red shade. Costing approximately Rs 1,80,000, the text across the bag says, "This one's dedicated to all you Gucci Gucci bag carriers out there. It's called you got good taste." We've heard of caption tees but it's a first for caption designer bags carried by Alia Bhatt. 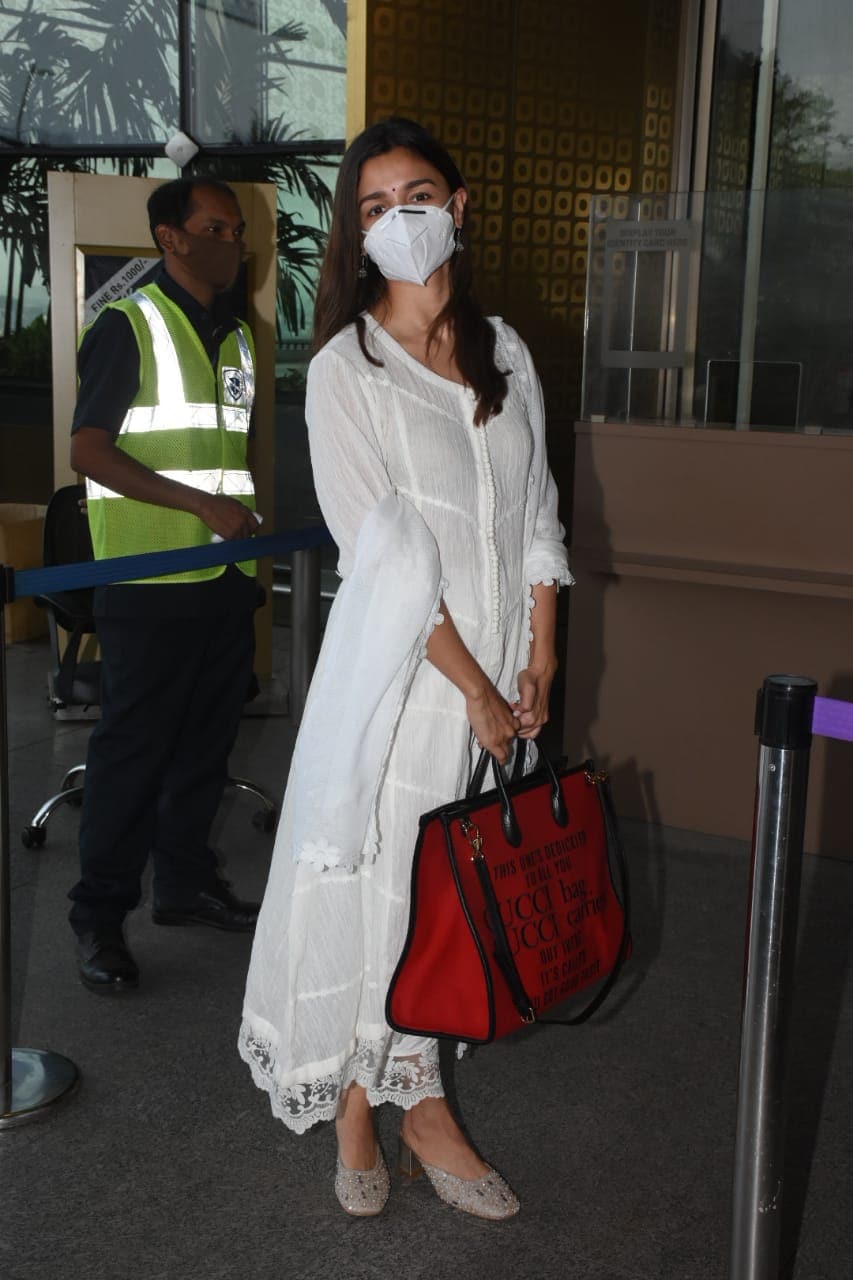 (Also Read: Alia Bhatt Looks Like The Quintessential Bride In This Red Lehenga)

There's no debying that Alia's ethnic looks have captivated us this season. To celebrate the festival of lights, she picked a purple patterned Sabyasachi lehenga which featured gold borders. Pairing it with gold earrings and glistening skin, it went perfectly with her festive look.

Her friend's wedding earlier in the year saw Alia look resplendent in a coral coloured saree which she finished off with a shimmering gold blouse. Mirror work detailing matched perfectly with her maang tikka.