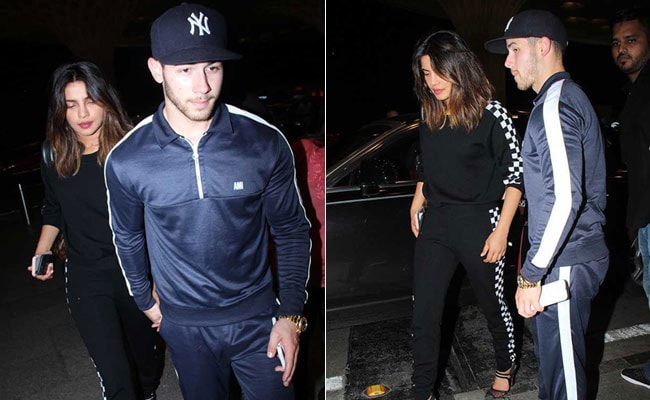 Unless one is living under a rock, the news of Priyanka Chopra and Nick Jonas (reportedly) dating and visiting India together could not have gone unnoticed. Priyanka Chopra and Nick Jonas's arrival in India, which was both unexpected and unannounced, gave their fans and, undoubtedly the paparazzi, a mammoth opportunity to see and click them together. Needless to say, the opportunity was seized and many a pictures were taken. Priyanka and Nick, in their first few days here, flew off to Goa for a holiday with some of Priyanka's family. Last night, we saw Nick Jonas attend a pre-wedding party hosted for Akash Ambani and Shloka Mehta, with Priyanka. While the two have proved that they make a stunning couple (even if only a reported couple), with their appearances over the last few days, they really hit the ball out of the park by showing up in nearly matching outfits to the airport last night.

Priyanka and Nick showed up at the Mumbai airport for their flight back to the USA last night. While it was hard to get our eyes off of them holding hands (*swoon*), their almost matching black tracksuit sets were hard to miss. Have a look at their pictures from the airport last night and feel free to say "aww" out loud. We know we did. 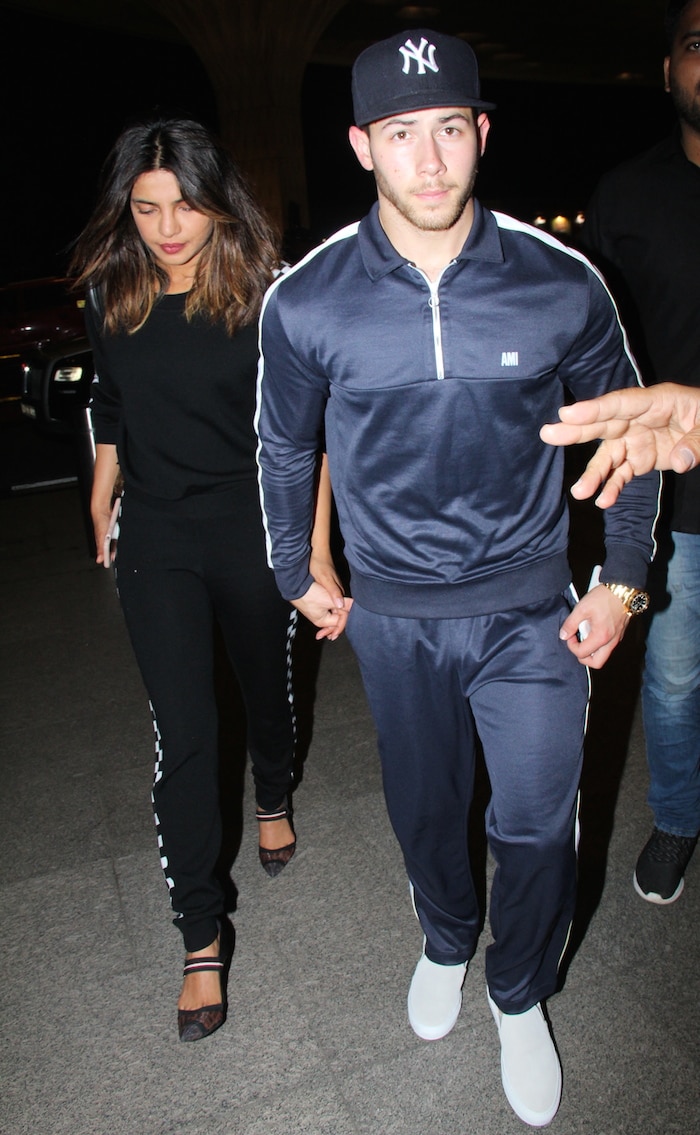 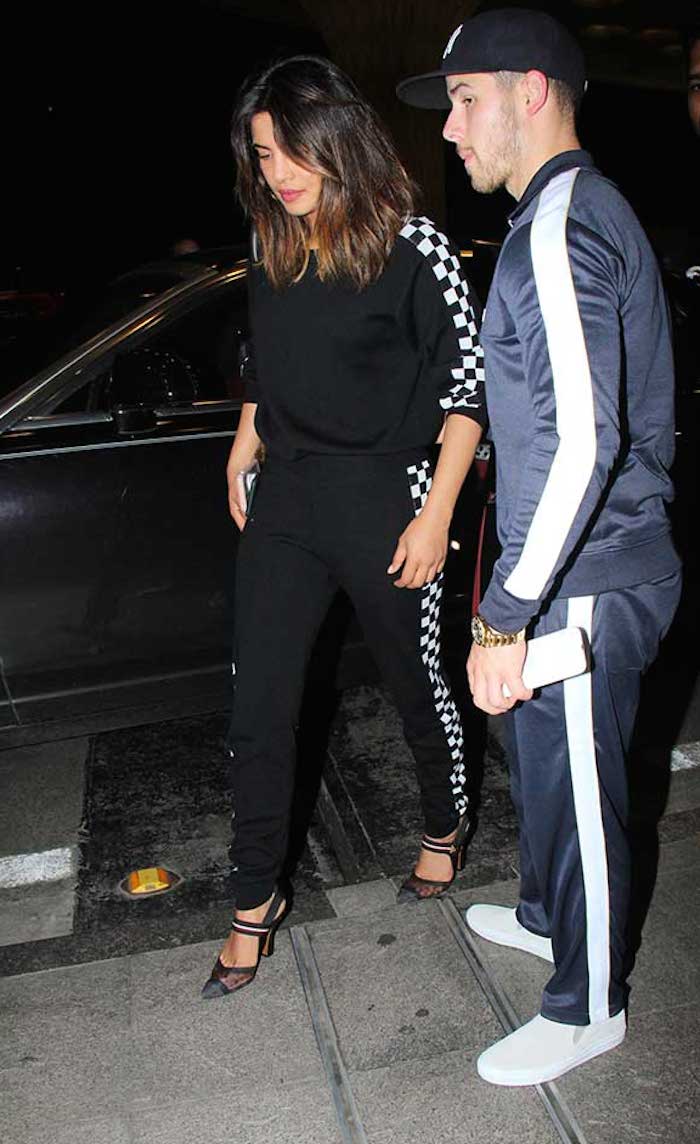 Priyanka and Nick aren't the first of celebrity couples to show up in matching or similar outfits. Remember when the now ex-couple, Angelina Jolie and Brad Pitt or "Brangelina" as they are famously known, showed up to the BAFTA awards in 2014 in matching tuxedos?

This matching outfit phenomenon is not just limited to Hollywood, though. Earlier this year we spotted Deepika Padukone and Ranveer Singh return from their reported holiday in the Maldives wearing rather similar looking outfits. 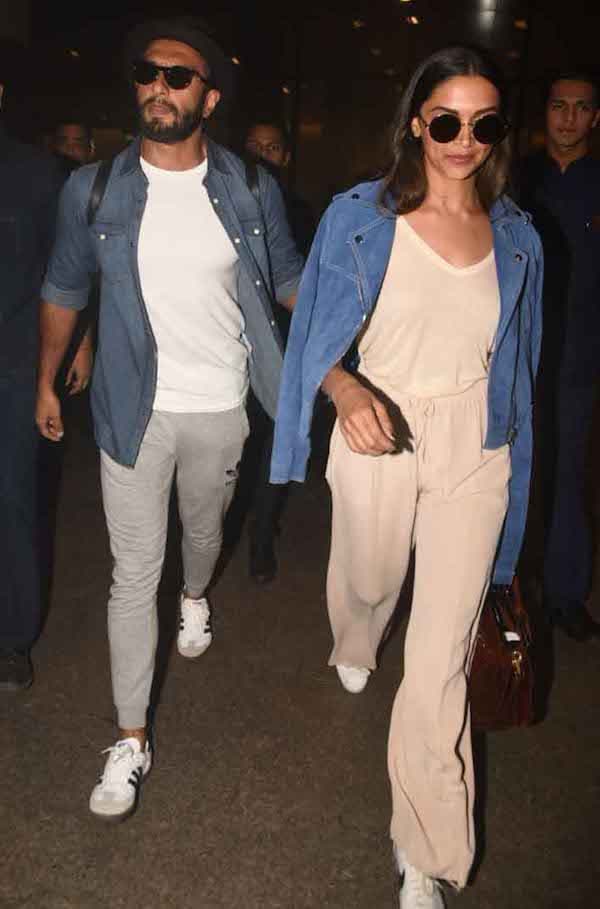 Newly married couple, Sonam Kapoor and Anand Ahuja are constantly giving their fans some sort of goals. If not couple goals, then fashion goals. Anyone who follows Anand Ahuja on social media would by now be aware of his passion for sneakers. Sonam seems to be following suit and investing in some rather stellar sneakers. Trust this sneaker loving couple to then take a slightly different route and wear matching sneakers instead of an entire outfit. Matching, nonetheless.

Anushka Sharma and Virat Kohli can never be found lagging behind. When it comes to matching outfits, the same rule applies. Virat posted this adorable picture of the two wearing all black outfits with white prints on their t-shirts.

What do you think about these couples opting for matching outfits? Let us know in the comments section below.