At the Marrakech Film Festival, Priyanka Chopra made a showstopping appearance in a stunning sequin saree

We firmly believe that for global icon Priyanka Chopra, there's no look that she can't rock. From being a showstopper at red carpet events the world over to turning the streets of New York into a fashion runway, Priyanka's fashion game is always on point. This week has indeed been a special one for the multi-talented actress turned producer. After being bestowed with the Danny Kaye Humanitarian Award just a day ago, Priyanka Chopra was honoured at the Marrakech Film Festival for her contribution to cinema.

On her instagram post, Priyanka Chopra shared, "To think that my career started nearly 20 years ago is surreal. I am honored and proud to be recognized tonight at the Marrakesh Film Festival. Thank you, truly, to everyone who came out to Jemaa el Fna square."

(Also read: Priyanka Chopra Is Nothing Short Of Gorgeous In A Red Gown)

To think that my career started nearly 20 years ago is surreal. I am honored and proud to be recognized tonight at the Marrakesh Film Festival. Thank you, truly, to everyone who came out to Jemaa el Fna square. #Gratitude. Thank you @melitatoscan @festivaldufilmdemarrakech

Like they say, hardwork always pays off, so it comes as no surprise to see Priyanka Chopra bag awards the world over. And of course, she has done so by being her glamorous best and setting style inspiration for all. At the Marrakech Film Festival, Priyanka channeled desi vibes by picking a sparkling saree by designer duo Abu Jani & Sandeep Khosla. Priyanka Chopra wore an ivory badla saree, exquisitely hand-embroidered with the finest badla or mukaish and sequins to form a spectacular geometric jaali, and floral gold zardozi borders to further lend to its charm. 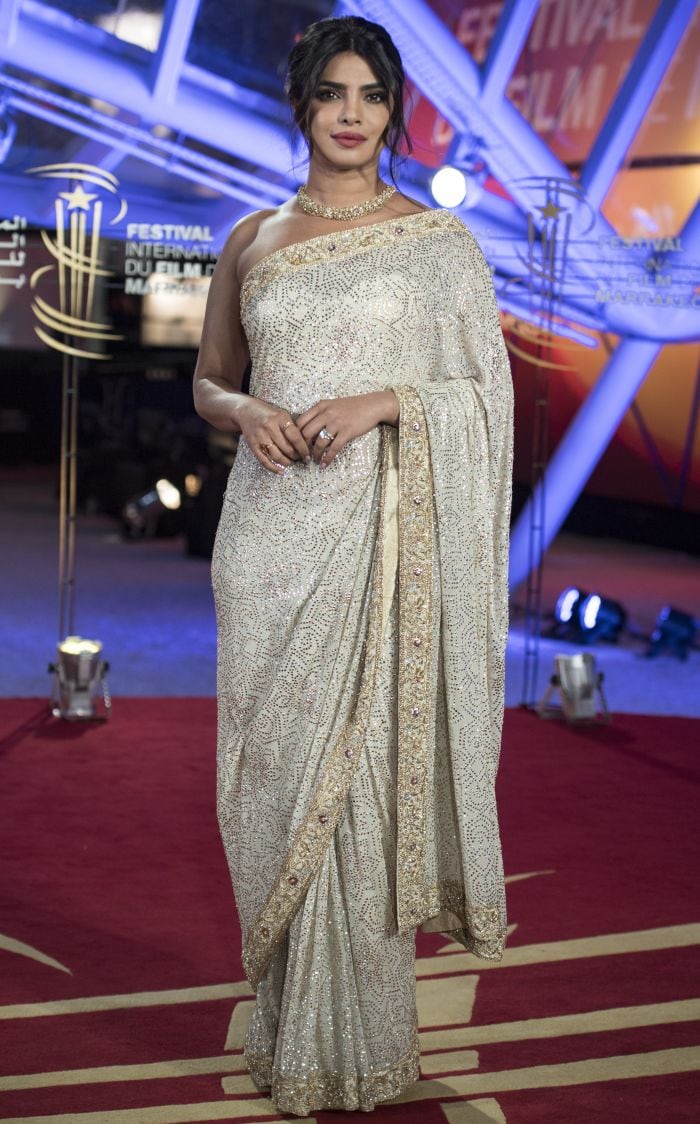 At UNICEF's 15th Annual Snowflake Ball in New York City, Priyanka Chopra was an absolute stunner in a beautiful red gown by Ferragamo. The outfit featured a turtleneck, single full sleeve with an open back and a fitted mermaid cut. Adding sparkle was a pair of dangling earrings.

(Also read: Priyanka Chopra Sets The Tone For A Chic Winter To Come) 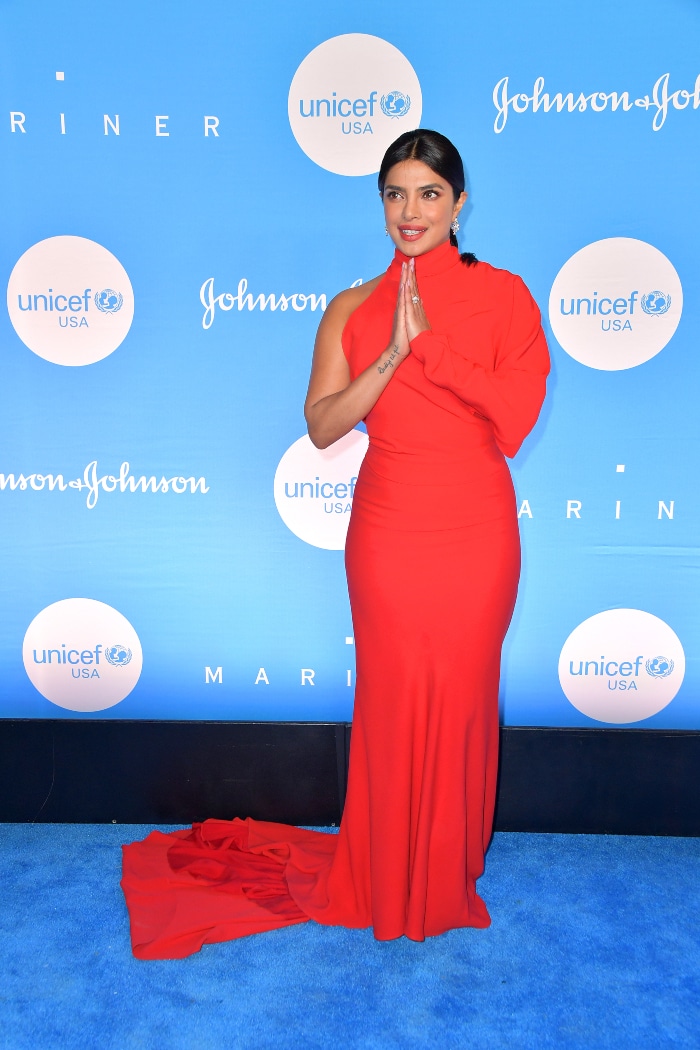 So if you want to get your hands on sparkly sarees like Priyanka Chopra, then we have put together a list of some of our favourites that you can pick right away. Take a look: