The chikankari saree is a favourite among Bollywood's top trendsetters 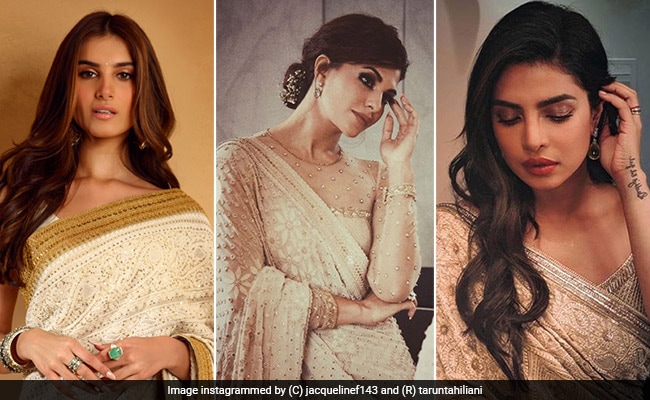 Bollywood's saree game has always been strong but you knew that already. Whether for an awards function or celebrity wedding, it's the garment of choice for the creme de la creme of B-town. You may have believed you've seen every kind of saree style that tinsel town has to offer but you haven't discovered the majesty of chikankari sarees yet. The shadow-esque embroidery style comes replete with sequins in usually muted tones and gives the traditional craft a modern spin. It's no wonder that the film industry's premier stylistas have stepped out in style wearing chikankari sarees.

(Also Read: Fashion Experts On Why Chikankari Is A Festive Favourite For Diwali)

Last monsoon, Priyanka Chopra attended the Indian Sports Honours 2019 wearing a classic chikankari saree by designer Tarun Tahiliani. Giving the traditional embroidery a contemporary edge, the star wore a thin strap blouse with jewelled straps and the saree had glints of sequin work over it. She paired it with her hair worn in wavy locks and rust lips.

Tara Sutaria attended a wedding function in a striking white Anjul Bhandari saree with intricate chikankari and sequin work which had gold borders. The actress wore it with her hair tousled, dangling earrings and a natural makeup look. 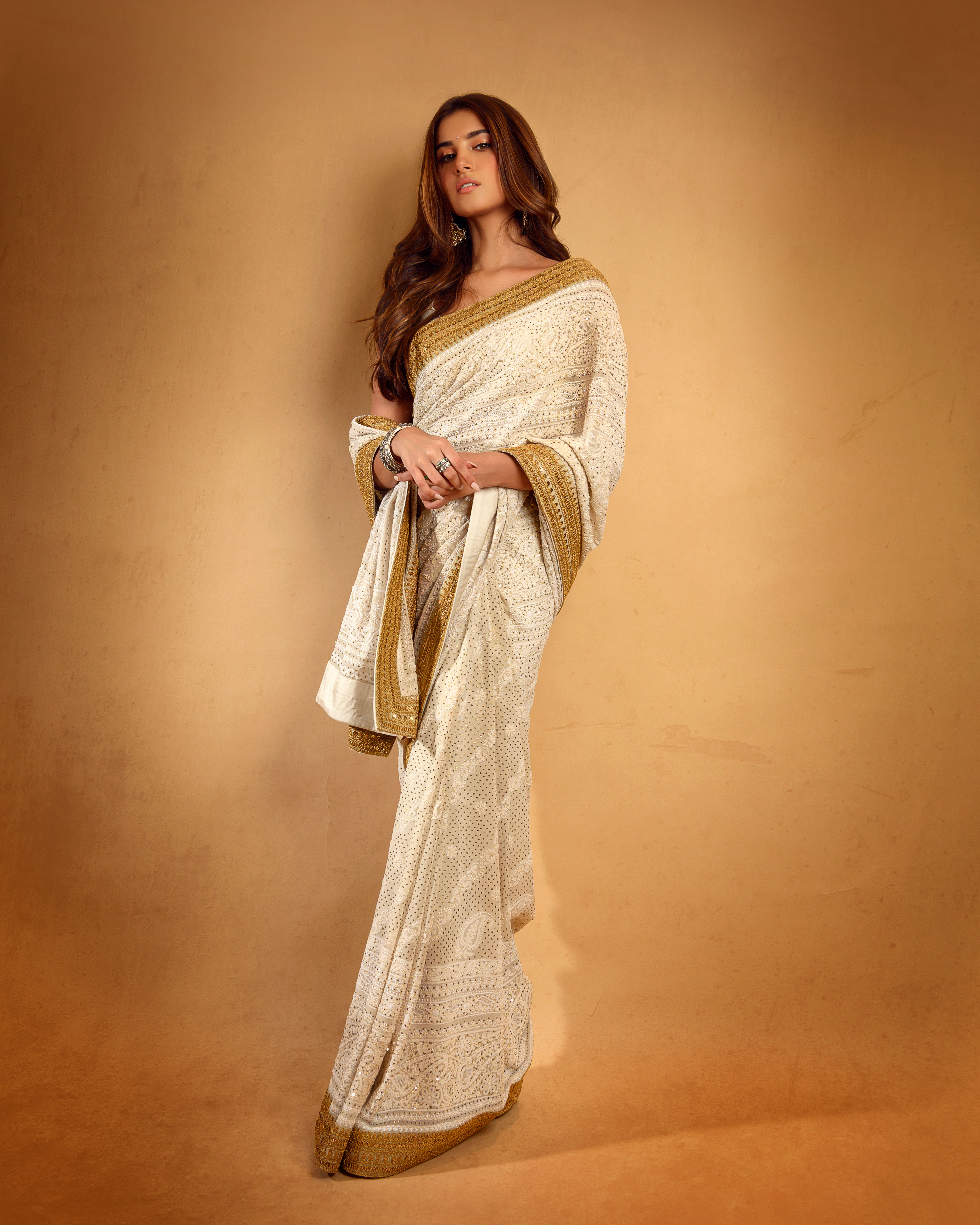 To attend the Lux Golden Rose Awards in 2017, the eternally stylish Jacqueline Fernandez wore a Tarun Tahiliani nude toned chikankari saree which had zardozi work and a glimmering sheer paneled blouse. She paired the stunning look with dark smokey eyes and a wavy bun in her hair.

(Also Read: When In Lucknow: Anushka Sharma And Varun Dhawan Wear, What Else, Chikankari)