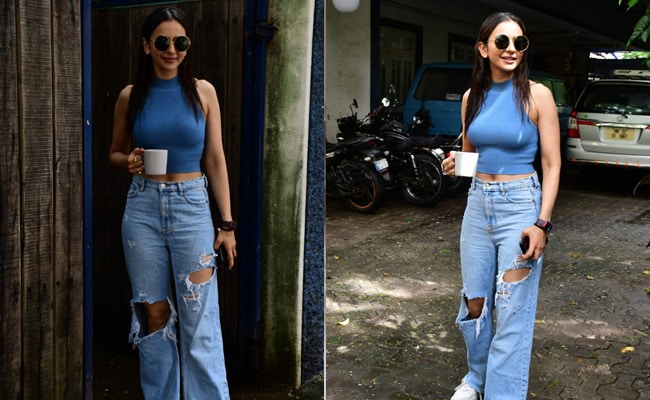 With every appearance that she makes, Rakul Preet Singh ensures that she takes a step further up the style charts. And we aren't even referring to her red carpet look because of course she'd be dressed to the nines to step out for a starry event. We're talking about her casual looks. If you haven't been following Rakul Preet's style files which often include off-duty looks, you really should be. Her latest outfit in the city of Mumbai will convince you if we can't do the job. 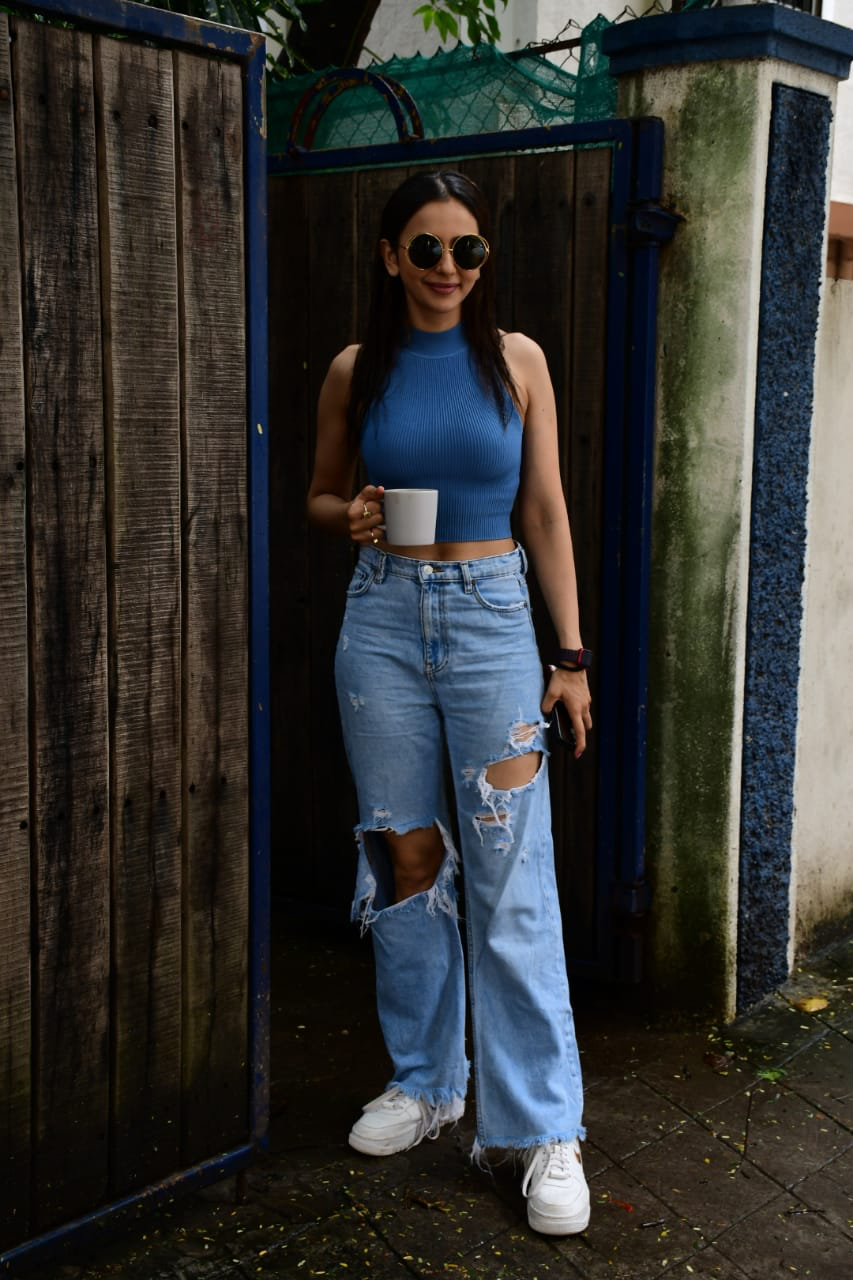 Rakul Preet Singh in the city

(Also Read: Rakul Preet Singh In A Crimson Mini Dress And Trench Coat Is Making It A Red Letter Day For Us)

Rakul Preet Singh was snapped by the paparazzi wearing a casual outfit that practically screamed cooler than ice. Her blue knit cropped tank top included a turtleneck and had a deep incut sleeveless detail. Its length ended high on the torso and it had a bodycon fit. With it, Rakul wore a pair of light washed blue jeans high on her waist which had large ripped details over its length. For accessories, she chose a pair of chunky white Nike sneakers and completed it with circular sunglasses framing her face. 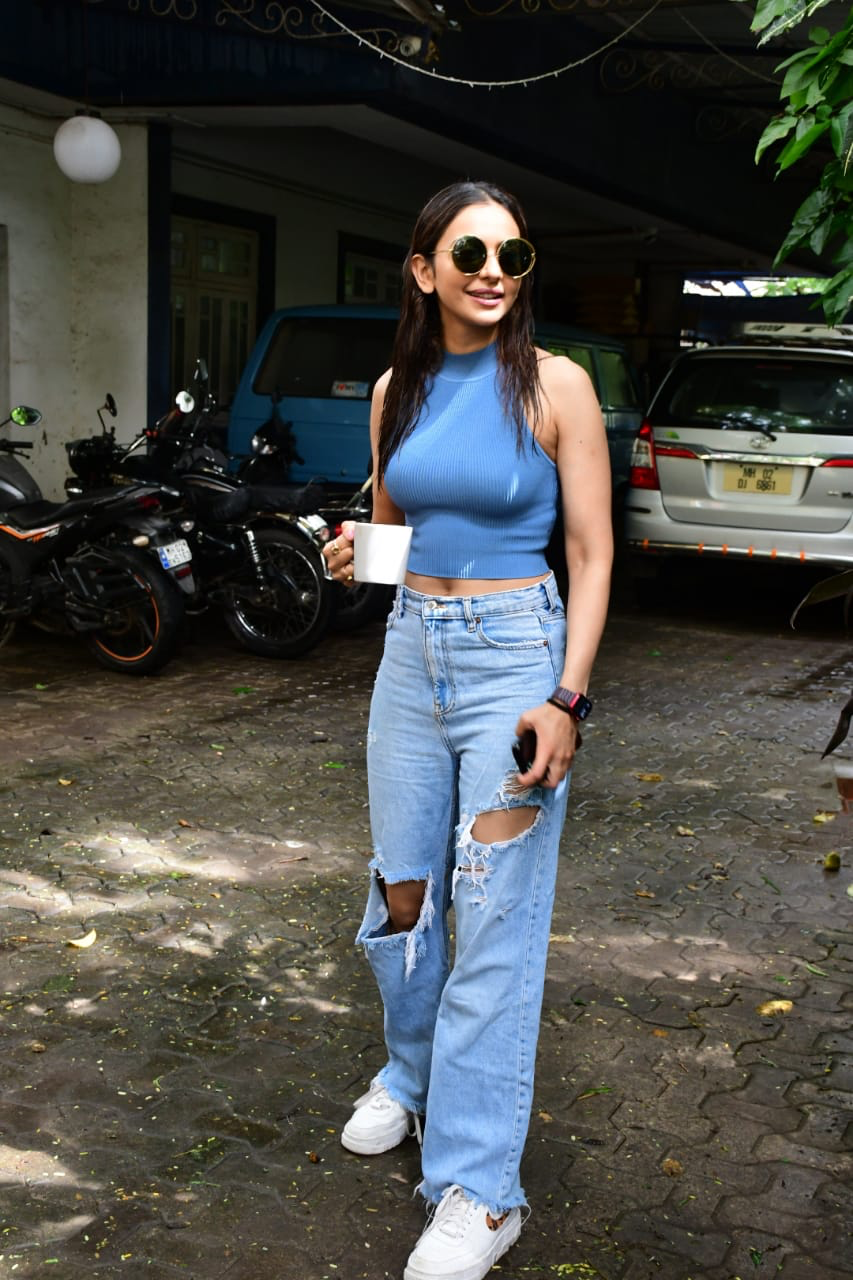 Rakul Preet Singh in the city

Keeping her beauty look to a minimal behind her sunglasses, Rakul wore her hair parted down the centre and left loose. Not only is her outfit an accessible choice which most of us could probably pick out from our closets, it's also high on the cool quotient with minimal items of clothing needed. Thanks to the chic blouse that adds a groomed touch and those funky glasses, Rakul Preet Singh is the very definition of celebrity off-duty cool in Bollywood right now.