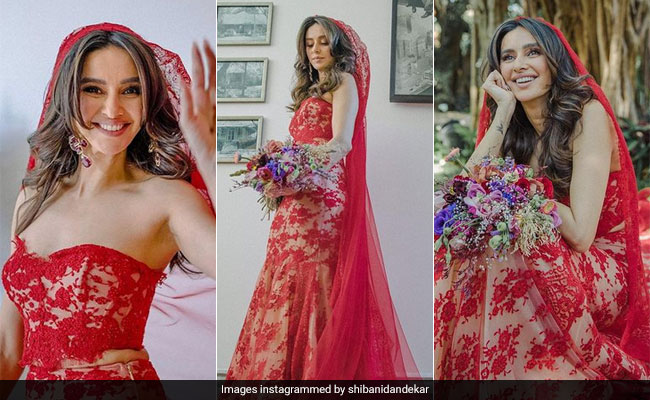 Shibani Dandekar and Farhan Akhtar's union of love was a dream come true not just for the couple but also for all hopeless romantics. But we as fashion enthusiasts weren't disappointed one bit either. The fun-filled set up of the wedding was the perfect set up for 'bridechilla' Shibani Dandekar to have a fashion moment unlike any other. She chose red for her big day as did many other Bollywood celebrities but before you think you have seen it all, here's the twist. Shibani picked red for her Christian wedding ditching the traditional white. Her ornate floral lace wedding ensemble was custom made by the label Jade by Monica and Karishma Shah and was collaborated with stylist Shaleena Nathani who teamed the ensemble with a trailing red veil over her head. For jewellery she picked gorgeous rubies and diamond studded dangling earrings and picked red Aquazurra heels for footwear. Her hair was styled in natural soft curls that complemented her daytime wedding neutral makeup look perfectly.

Not very long after their ceremonial wedding, Farhan Akhtar and Shibani Dandekar posed for the shutterbugs in their fabulous ethnic finery after registering their marriage in court. Shibani and Farhan were twinning in chic peach outfits. Farhan Akhtar was dressed in Sabyasachi and Shibani was a gorgeous bride in Anamika Khanna. 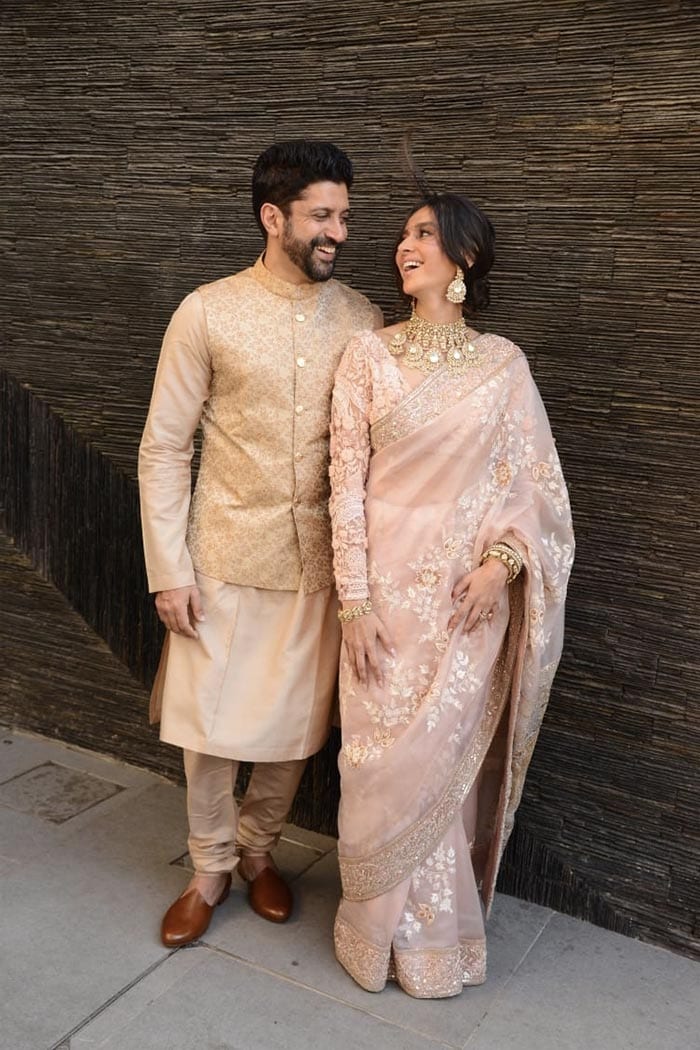 Farhan Akhtar and Shibani Dandekar after their civil marriage

Twinning comes naturally to Farhan Akhtar and Shibani Dandekar and long before their wedding, their date nights were incomplete without them. We're sure none of that is going to change even in their happily ever after.