Shanaya Kapoor is one emerging Bollywood star but a fashionista is something she has always been delivering uber-cool style statements. And, this time for a dinner outing with her mother Maheep Kapoor and her bestie Seema Khan, the actress picked a pair of two-toned pants which is beige on one side and pinstriped on a black background on the other. The ensemble not only grabbed everyone's attention but also made her look super sassy true to her style. She matched it with a black full-sleeved crop top and with minimal accessories and makeup, she has rocked the casual fashion game.

Also Read: Shanaya Kapoor's Backless Dress And Sparkling Purse Are Made For Nights On The Town 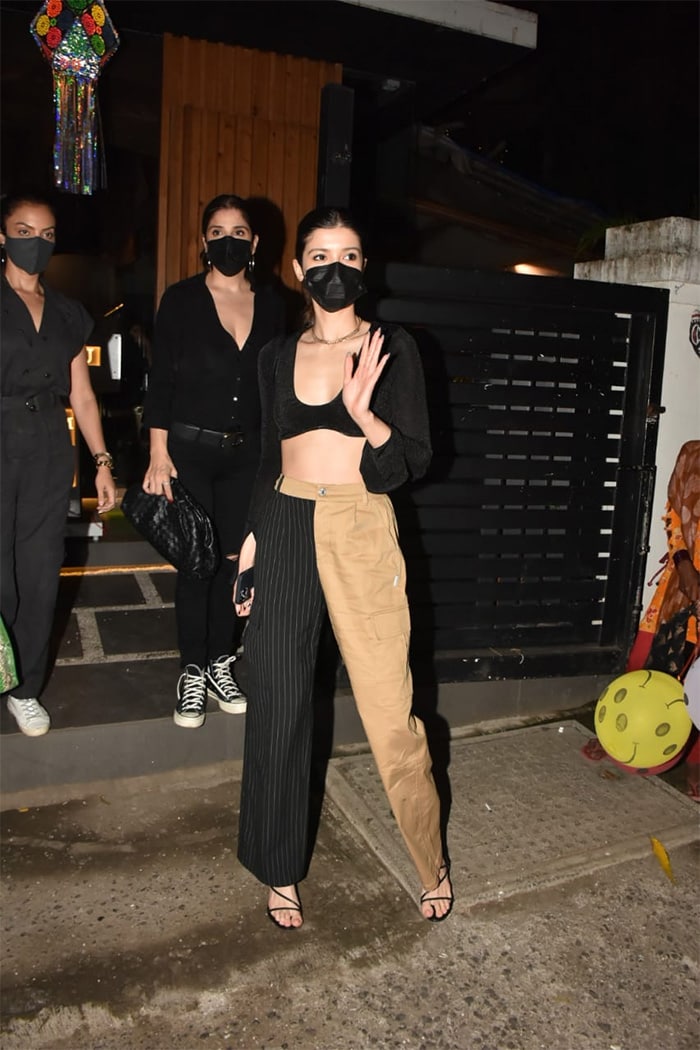 Shanaya Kapoor in the city

Shanaya Kapoor can slip into any outfit with ease and style even when it's about displaying six yards of pure grace. For Diwali, the star kid dazzled in a green saree with a strappy blouse that showcased crystal and sequin embellishment. We love how she adorned herself with dangler earrings, bangles and white flowers around her sleek bun.

Shanaya Kapoor can make your regular day better and brighter with her vibrant sartorial picks. Once, she wore a yellow sports bra along with trousers in the same colour. She also threw a matching jacket on her shoulders.

It wouldn't be wrong to say that Shanaya Kapoor makes any outfit look great with her breath-taking looks. She once put on a white dress with a deep cowl back. It showed a halter neck design. Shanaya picked a sparkling pink bag to add to the glam quotient of the outfit.

Shanaya Kapoor made us stop and stare at her in admiration when she sparkled her way into our hearts wearing this Manish Malhotra lehenga. The pastel yellow lehenga was coupled with a matching blouse and a contrasting blue dupatta. With just a golden maang tika and a pair of kadas, she looked elegant.

If you are planning for an outing, we suggest you should take some fashion cues from Shanaya Kapoor. Here's another casual look that she pulled off nicely. What was her pick? A white bandeau top and smart denims.

We are excited to see more cool looks coming our way by Shanaya Kapoor.

Also Read: When Shanaya Kapoor Pairs Her Basics Right, All You Do Is Sit And Take Notes