Shania Twain, Your Animal Print Sheer Black Gown Definitely Does "Impress Me Much" 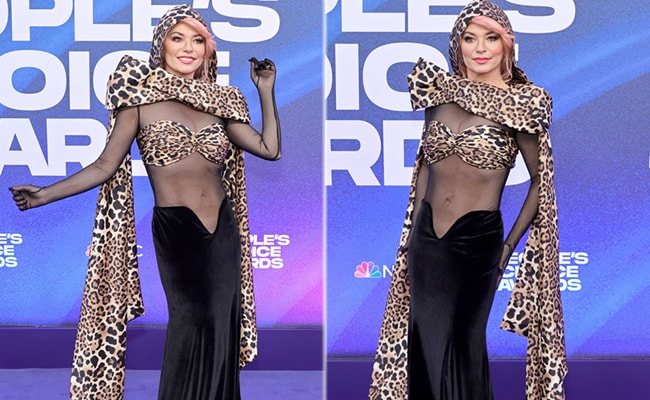 Shania Twain may be the country music queen of our generation but who would've thought she could even bring the Wild West to the red carpet in 2022? We certainly didn't so it came as a pleasant surprise to see the songstress attend the People's Choice Awards 2022 last night. Not only did Shania entertain the audience with a medley of her all-time hits, she was also conferred with the Music Icon award; one she wholly and truly deserves. On a night like this, nothing could complete it better than a fashion statement that won't be soon forgotten.

Anybody could wear a boring ol' black gown but this country girl at heart gave hers a fierce edge with animal prints. Shania wore a black sheer gown with a long sleeve mesh upper that reached the waist. From there until the bottom of the length, she was covered in black velvet fabric. A ruched leopard print bustier was part of the sheer bodice of the gown. A narrow cape was draped over her shoulder with flowing ends and also included a hood which covered her pastel pink toned locks.

With a matte finished complexion, Shania wrapped the look up with fluttery lashes and pink lips. While many would perhaps term this look an OTT one, this is Shania Twain we're talking about. And for a music icon like her on a night as celebratory as this one, we think she did it just right.