These Bollywood celebrities have been making a serious case for denim

When it concerns certain style trends, it only seems to get better and better. A perfect case in point is the love for denim. Really, is there ever getting over denim? Just like various seasons in the past, this summer too, denim has been getting major love with a whole new range of styles grabbing everyone's attention. Our Bollywood celebrities too have been making a serious case for denim by sporting flared jeans and asymmetrical skirts to denim dresses and even pantsuits.

To keep with what's undoubtedly this season's hottest trend, Bollywood actress Shilpa Shetty sported another chic denim style recently. We spotted Shilpa in Mumbai nailing 'casual chic' by wearing an asymmetrical denim skirt. The blue skirt had contrast panel at the hem that added layers, and was teamed with a brown slim belt at the waist. She wore it with a sleeveless navy tee and shimmery slip-on shoes. Just like jeans, denim skirts have been a favourite too, and we love Shilpa's look that's chic yet a little bit of quirky too. We would say it's perfect for a fuss-free lunch date with friends.

(Also read: The Kapoor Sisters Can't Get Enough Of Their Denim Jackets) 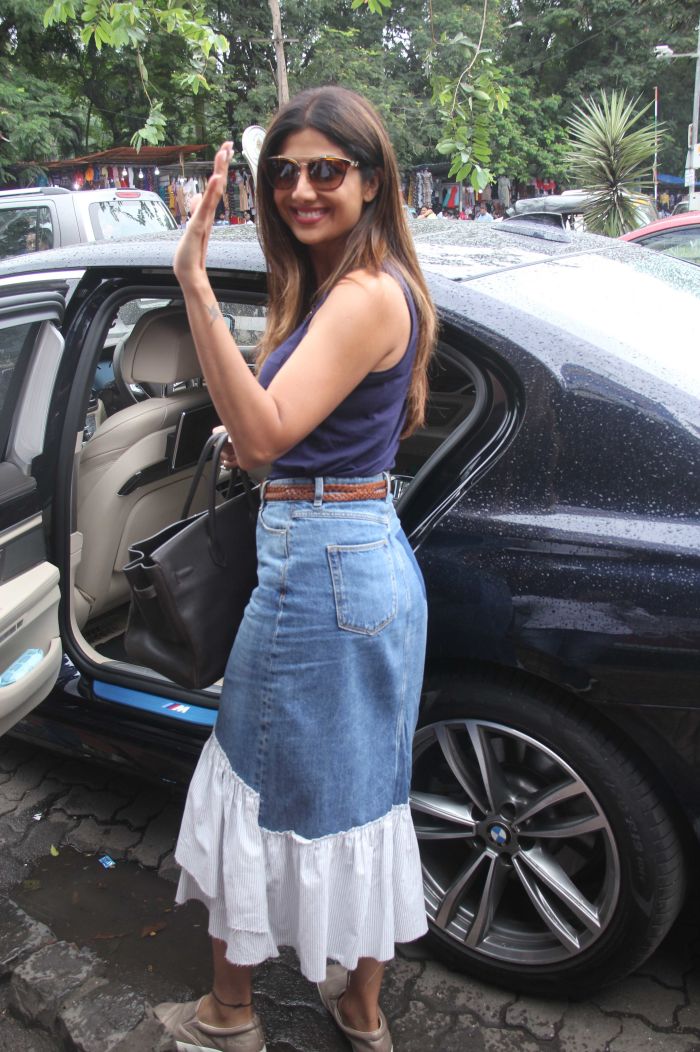 On the other hand, there was Sara Ali Khan too who made a strong case for denim this week by stepping out in a trendy denim shirt dress. Sara, who will soon be making her big screen debut in Abhishek Kapoor's upcoming film Kedarnath, starring opposite Sushant Singh Rajput, has already been grabbing quite the attention with her stylish fashion choices. What her fans seem to love about her is her effortless style that other than looking like a million bucks in designer lehengas and gowns, she manages to nail every looks too. Sara is on point in this denim dress, which she teamed with an easy slip-ons while letting her hair loose. 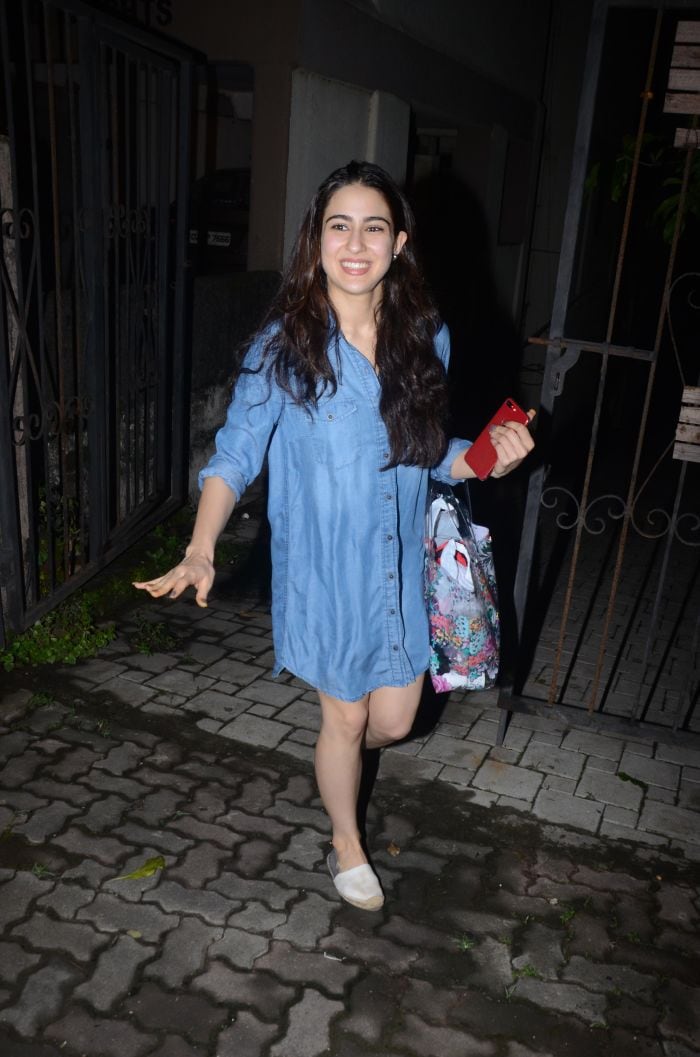