Shraddha Kapoor dressed to impress at the success party of Stree

Bollywood actress Shraddha Kapoor clearly has all the reasons to celebrate after the success of her latest film Stree. The comedy-horror has struck the right chord with her fans, and thanks to the film, we have also had the chance to see Shraddha in many stylish looks this season. For the promotional events for the film, the gorgeous actress surely made it a point to step out of her casual sense of style and experiment with her looks. While we initially saw her making a case for boho chic fashion, now she seems to be all about pretty dresses.

When it's about dressing up to impress, red is clearly a celebrity favourite to steal all attention. During the success party of Stree, Shraddha was a stunning 'lady in red' in a dramatic red number by Reem Acra. We love the fact that Shraddha is going all out for sleek silhouettes and bold colours to notch up her style game. Her red mini dress with off-shoulder cut had a stylish side train and she teamed it with strappy Christian Louboutin heels to keep it sleek. With a messy hair-do and dramatic eyes, Shraddha was hard to glance away from. 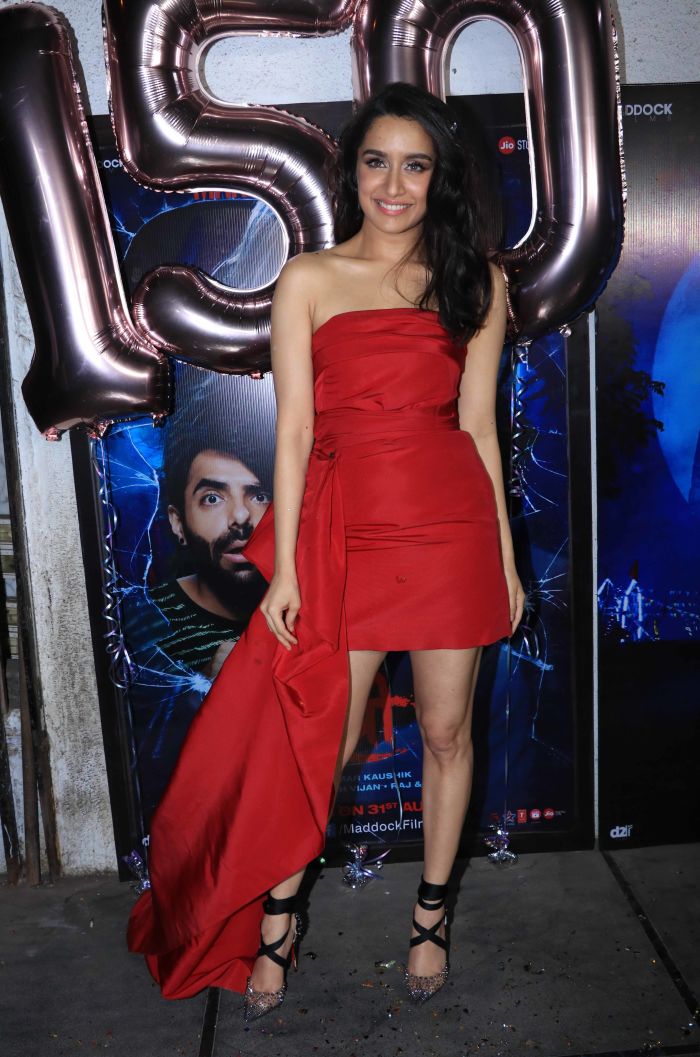 Shraddha Kapoor at the success party of Stree

A few days back, during a promotional event for her next film Batti Gul Meter Chalu with Shahid Kapoor, Shraddha had once again opted for a red dress to make a chic style statement. Her maxi dress from Bennch was minimalist but still scored high on the style meter. The sleeveless dress had a buttoned down skirt and a waist belt, and it was teamed with a pair of black heels and pretty drop earrings from Azotiique. It was also Shraddha's stylish fishtail braid that had set her apart.

Other than red, Shraddha has also been setting style inspirations in other standout dresses. Such as this black and maroon midi-dress from Sameer Madan.

As well as this black and yellow striped shirt dress by Pink Porcupines. 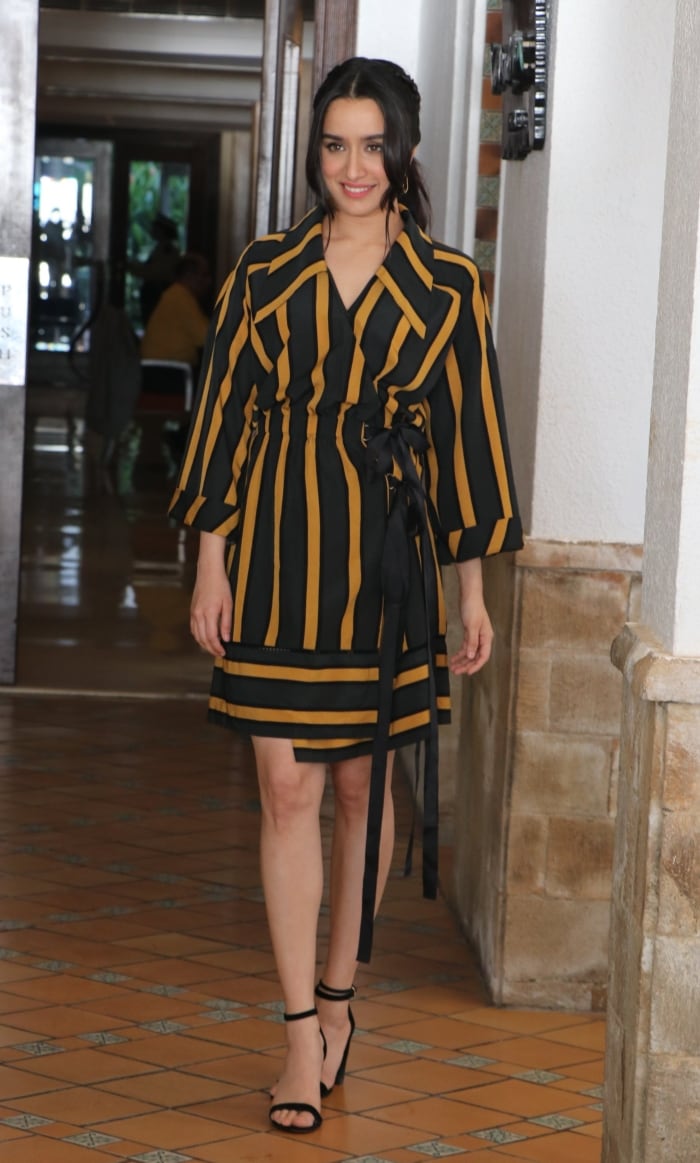 Have a party coming up? How about making a showstopping appearance in a red dress?