If there's a style trend that's far from going off the rack this season, it is definitely the love for denim. Denim is here to rule, and our Bollywood celebs have surely been making the most of it by sporting the trendiest of denim looks. Casual chic is the flavour of the season and the best way to get it right is of course with denim. Trust sisters Sonam and Rhea Kapoor to be ahead of the pack when it comes to fashion. The siblings were among the first in B-town to start the craze for denim. Remember Sonam in a denim pantsuit and even a denim saree?

During the recent launch of Anand Ahuja's new store in Mumbai for his shoe label VegNonVeg, we spotted Sonam and Rhea Kapoor sticking by their love for denim. Actress Sonam Kapoor wore an oversized blue denim shirt and teamed it with a contrast pair of ripped jeans that was folded at the ankle. To add a boho chic vibe to her look, she styled her hair in a trendy braided do, and wore statement silver earrings. And of course, she sported a pair of sneakers to prove that who cares about stilettos when you have stylish sneakers to walk around in. 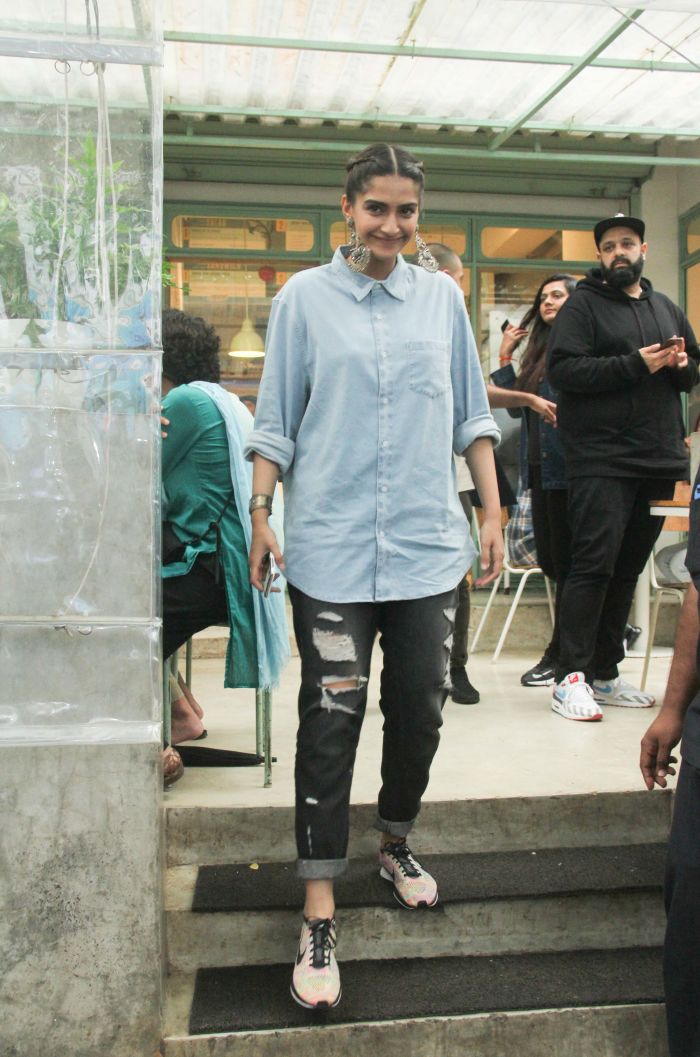 Rhea Kapoor went for her signature style, and wore casual denim and tee (with VegNonVeg branding) along with a denim long jacket, which clearly seems to be her favourite. She too teamed it with a pair of white sneakers, while letting her hair loose. 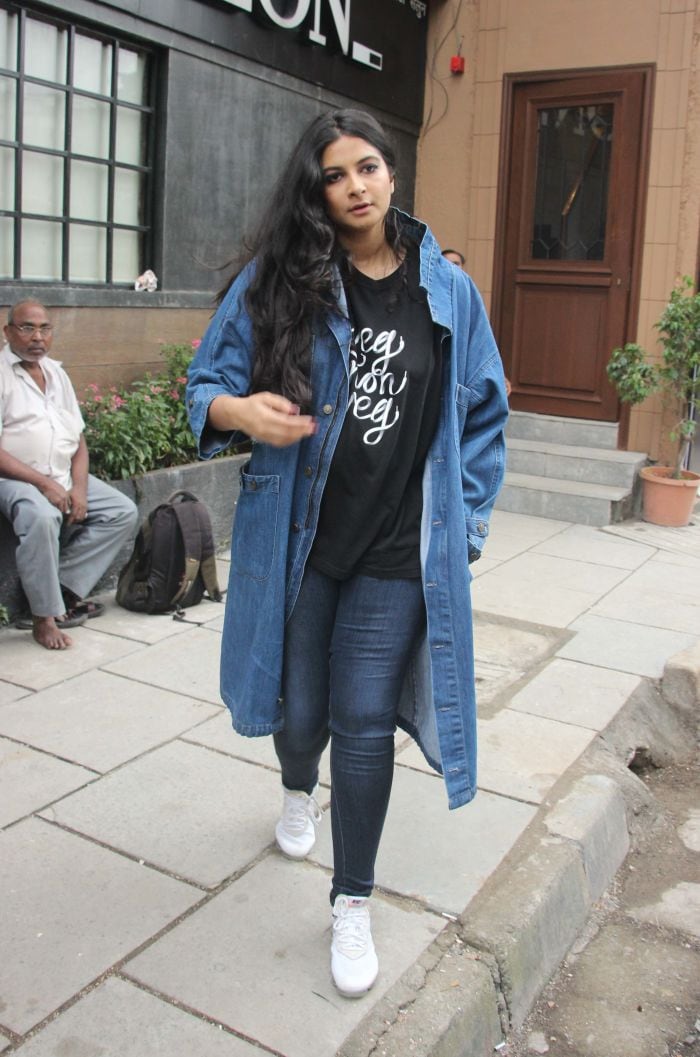 While this time the siblings kept their denim look casual, during a girls' night out in London, they had given a glamorous spin to denim. Sonam Kapoor looked chic as ever in a denim pantsuit by luxury brand Tibi, which she teamed with a classic pair of black stilettos from Roger Vivier and a box-handbag by Dolce & Gabbana. Rhea Kapoor kept it casual by pairing her flared denim trousers with a black printed tee and denim jacket, and carried a sleek back Hermes handbag.

Date night with my girls.. posing with my og partner in crime.. @rheakapoor @anandahuja

For the looks of it, the love of denim is going nowhere.