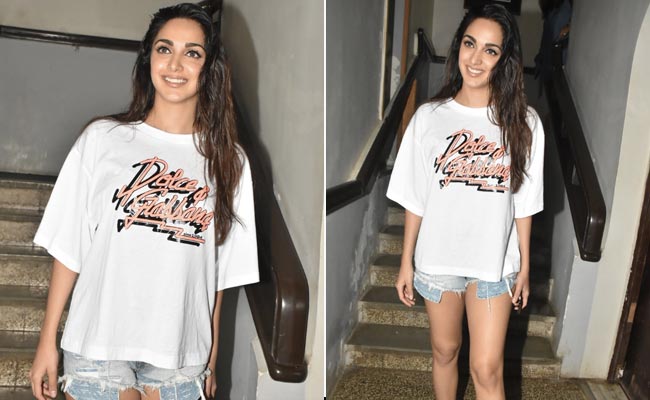 Kiara Advani has been making a super cool case for casual wear lately. The Bollywood actress has been spotted all over the city of Mumbai recently and without a movie release coming up, we don't know to what we owe the pleasure but we certainly are grateful. Kiara was spotted once more in the night hours wearing a casual outfit that was completely pared down but still scoring high on the style meter. It's not an easy feat to do that but Kiara managed it well. We're dissecting her look because we're pretty sure you'd like to try a similar one for yourself pretty soon. 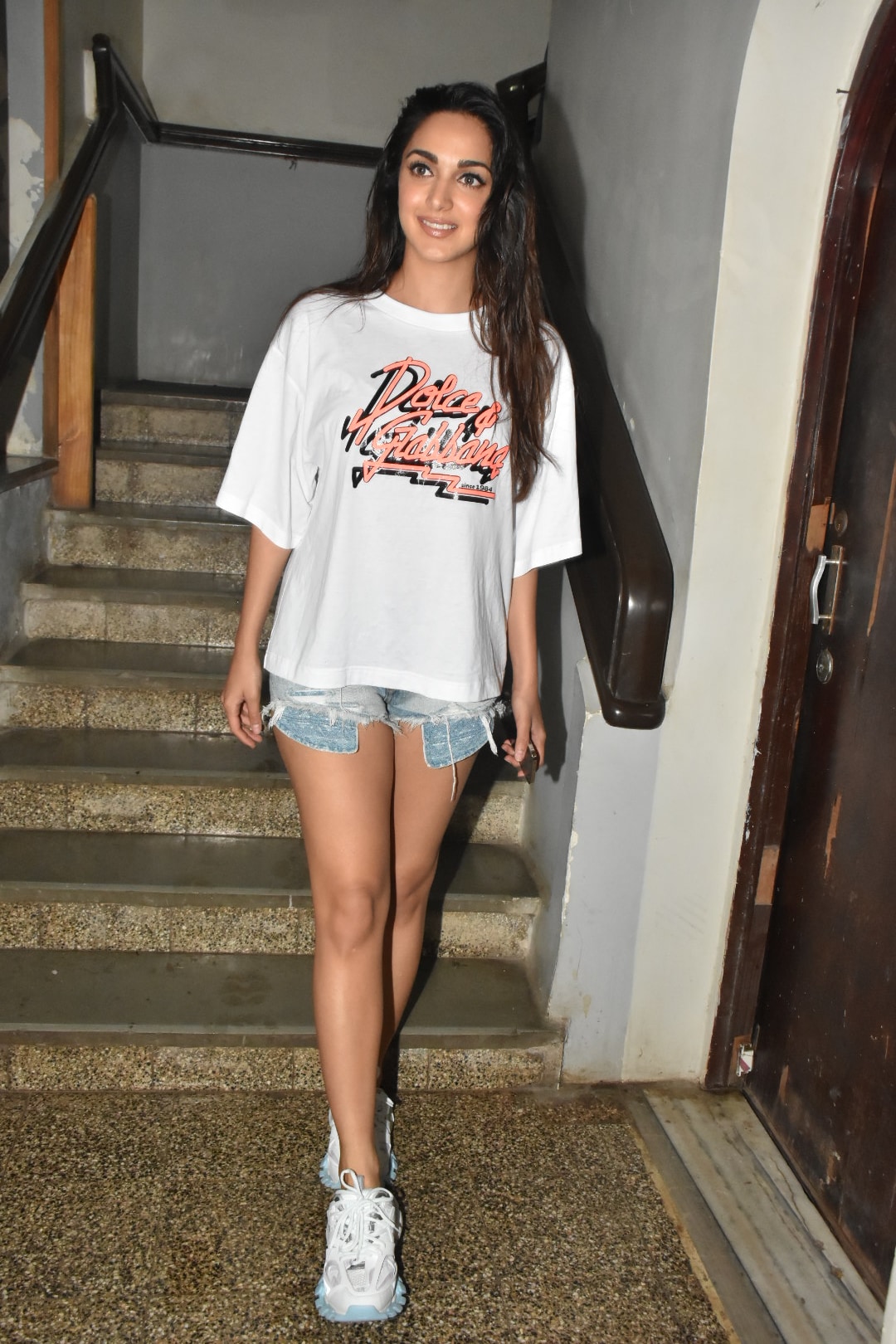 Kiara wore a short sleeve white Dolce & Gabbana t-shirt which had an oversized fit. Featuring the designer name in shades of orange and black, the Dolce & Gabbana logo-print oversized T-shirt costs approximately Rs 38,000; a cost that is a fry cry from the t-shirts we slip into. She went the classic route with a pair of light washed denim short-shorts which had a cutoff style where the pockets were visible. Matching the tones of the outfit perfectly were Kiara's sneakers. Chunky as ever in shades of white and blue, they matched the sporty style of the casual outfit. Kiara's makeup look was high on glam considering the casual look she was in. She wore a defined eye makeup look with a radiant complexion and a nude lip while her hair was worn down. Only this girl could make a simple style pairing like this one look this good.