Sophie Turner's Style Quotient Only Keeps Getting Better And Better

Sophie Turner knows how to set some seriously fashionable goals

If you're already up to speed on last night's breaking news, you will know that Jonas Brother Joe Jonas and Hollywood actress Sophie Turner are reportedly expecting their first child together, according to JustJared. The couple married last summer and since then, have starred in music videos of the brother's boy band and attended multiple red carpet events hand-in-hand. The internet is squealing with joy at what might be the new Jonas-Turner addition to the family and so are we. Along with it, we're also putting it out there that if reports are true, Sophie is going to make the most stylish mom. If you're wondering why we would say that without having the ability to look into the future, a throwback to some of her most fashionable looks is enough to prove that true.

These fabulous celebrity looks from Sophie are enough to tell us that her style is bound to be spectacular in the months to come.

One look at Jessica Chastain and Sophie and we want a crisp, tailored blazer, right away. 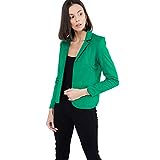 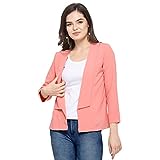 No one makes a black dress with a plunging neckline look this fantastic. 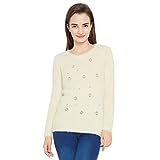 Here's a lesson in wearing your printed skirt with a solid turtleneck like Sophie did.

Denim on denim, done to perfection by Sophie.