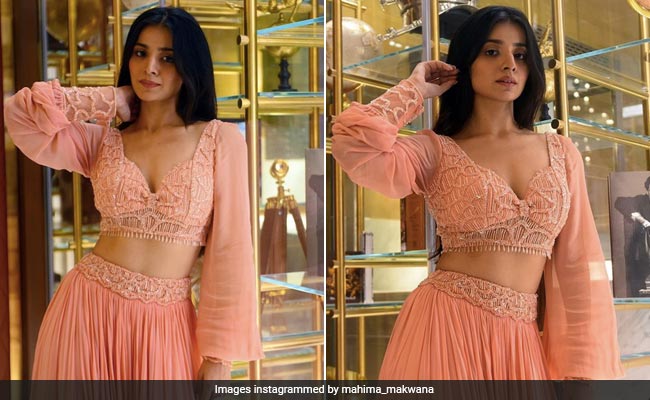 Mahima Makwana is all set to be a household name with the launch of Antim: The Final Truth. Starring alongside Salman Khan and Aayush Sharma, Mahima is making her way into Bollywood and only the film will tell how she fares in terms of acting talent. But when it comes to scoring on the style meter, that she has done already. For a promotional event before the movie released, Mahima posed for pictures in a peach toned co-ord set that had ethnic touches to it. The blouse had a beaded bodice and billowy sleeves in the same shade while being cropped at the torso. Matching bottoms were in the same hue with a pleated fall and beaded waist band too. Mahima kept accessories simple with a cocktail ring and only a neutral makeup look with her hair straight and centre parted. 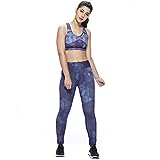 It seems like Mahima cannot get enough of co-ord sets and that's been going on for some time now. Earlier this month, the Bollywood actress tackled the October heat while looking very dreamy. She pulled out a blue coloured co-ord set of a thin strap bralette with a tied front, high waist pants and a longline coat thrown over which had tassel details along with the paisley patterns which covered all the pieces.

She knew how to keep it short and chic as well pretty fabulously. Mahima chose a short co-ord suit set of a beige and brown striped blazer and matching shorts. Strap heels and her hair in a high ponytail wrapped this one up.

(Also Read: Rubina Dilaik's Bralette And Printed Coords Are The Burst Of Vibrancy Our Thursday Needs)