The Best Celebrity Costumes From 'Halloweekend' 2017

Here's a look at 9 celebrities that took Halloween 2017 a notch higher. 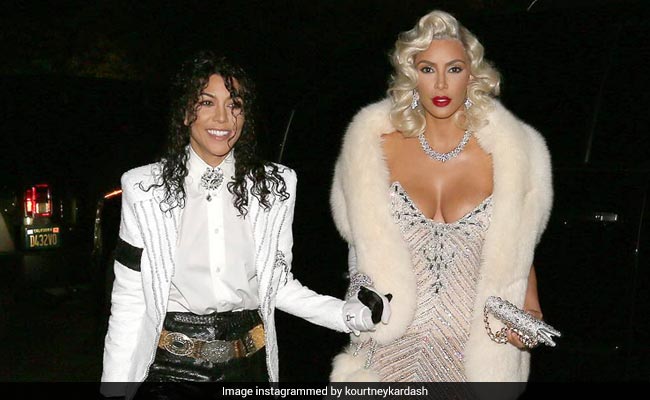 You know what's even better than the actual Halloween day itself? The much-anticipated days around it filled with costume parties, ghoulish makeup and scary treats. This weekend saw the aptly termed Halloweekend being celebrated in a run up to Halloween. And rightly so, every celebrity worth their gold star showed up, dressed to the nines.

Basketball legend brought his A-game when he came dressed as Pennywise from the hit blockbuster It, replete with a red balloon.

Actress and entrepreneur Lauren Conrad brought the titular villain of 101 Dalmatians to life in monochrome and red as Cruella de Vil.

In keeping up with their family themed tradition, actor Neil Patrick Harris and David Burtka along with their kids dressed up as circus performers for the 'Burtka-Harris Halloween Carnival of Curiosities.'

We were pleasantly surprised to see How To Get Away With Murder star Jack Falahee's accurate costume of Eleven from Stranger Things. All that's missing is the eggos!

Kourtney and Kim Kardashian did a glamorous sister act while dressing up as Michael Jackson and Marilyn Monroe for a Halloween bash.

Rita Ora went all out as Poison Ivy with fiery red hair and embellished sparkling leaves to boot!

The unofficial queen of Halloween, Heidi Klum left no stone unturned and looked unrecognisable as a werewolf from Michael Jackson's Thriller music video.

Making all the Game of Thrones fans very happy was Jason Derulo dressed as The Night King for a Halloween performance.

As one of the rare bunch of Bollywood celebrities that didn't dress up as cats and devils, Acquin Pais, Nicolo Morea and Adhuna Bhabani looked spooky as ever as The Addams Family.