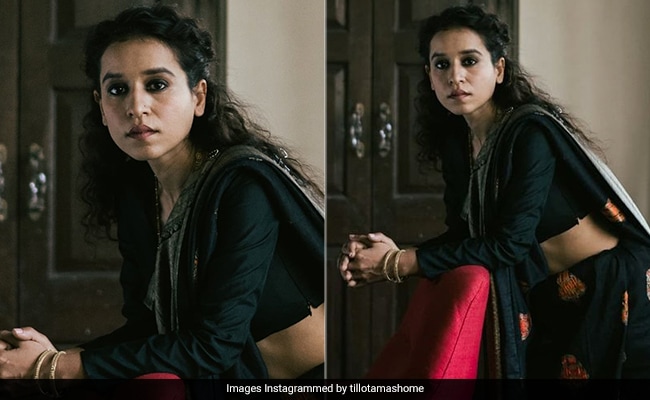 There are commercial actors and there are actors who believe in the craft. While the former may ride the wave of popularity, the latter polish their skills and experiment with variety to eventually build acclaim for their body of work amassed through the years. Tillotama Shome is one of them. The star of critically acclaimed films like Monsoon Wedding and Death In The Gunj, Tillotama is taking a step that not many other Indian actors have taken and is exploring the audio medium. Voicing a character in Amazon Audible's The Sandman Act 1, Tillotama Shome tells NDTV Swirlster about the direction she has taken and challenges of working with a new medium.

NDTV Swirlster: Tell us a little about your character in The Sandman Act 1 and your experience working for it.

Tillotama Shome: I play the character of Calliope. She is a goddess, the muse of epic poetry, the lover of Dream and yet you find her a prisoner of two misogynistic men who need her for their creative inspiration. Neil Gaiman smashes the fantasy and romance of the male artist and female muse relationship that has been glorified for far too long where the woman has no agency. She is a goddess, who is shackled, abused and imprisoned; too exhausted to even be angry anymore just so that the men can feel creatively inspired. Calliope even says to Richard "I am real, Richard. I am more than a receptacle of your seed, or an inspiration for your tales".

NDTV Swirlster: Tell us a little bit about experimenting with new forms of entertainment like audio.

Tillotama Shome: It could be a very exciting world for actors to explore. It could open a new world of casting where an actor's physicality became less important than their emotional vulnerabilities and strengths. How refreshing that would be! I am very intrigued by this world.

(Also Read: For Tillotama Shome, Body Hair Is "Not A Statement"; She Just Wears It As She Likes)

NDTV Swirlster: How much of a challenge is an audio-based form as opposed to the usual visual forms of cinema?

Tillotama Shome: The challenge in any medium is to find a note that resonates with me, a note that I don't fully understand but am intrigued by. This process was no different. The medium is audio but you don't leave your body behind. The dichotomy of the body and mind does not exist, so you take the whole of you to the studio. But the extraordinary quality of audio work is that it reveals the potency of the written word and helps the listener create their own visual references. It allows the actor to then navigate a plethora of characters that traditional casting may shy away from. The actress in the Danish film 'The Guilty' by Gustav Moller got me thinking deeply about experiencing this medium. We never see her face through the whole film, we only hear her voice and that made my imagination run wild!

NDTV Swirlster: Tell us a little about taking the path less travelled and why you've taken it

Tillotama Shome: Anonymity (people know your work but not you), flexibility (to be a part of stories and embody characters that have no precedence in popular culture and hence no pressure to play to the galleries)and curiosity (in an unformulaic world, you are as surprised by what you discover in the playing of the character as the audience will be, because you don't have fixed idea about the character but a deep curiosity and longing to understand it)

NDTV Swirlster: Which is your favourite movie role played by yourself and why?

Tillotama Shome: Kanwar in Qissa by Anup Singh , most definitely! The part was beautifully and most hauntingly written but beyond it all Anup gave my creative soul a home, the permission to be myself and tools that I could continue to use for the rest of life.