While you'd usually see much-in-love celebrity couples sartorially match with their partners, this time was different Tara Sutaria and Arjun Kapoor at the airport

In today's episode of Bollywood airport fashion, we've got a case that's quite chic but hardly a coincidence. Twinning celebrities were spotted taking off from Mumbai today and it isn't what you thought it would be. While you'd usually see much-in-love couples sartorially match with their partners (a la Deepika Padukone and Ranveer Singh or Virat Kohli and Anushka Sharma), this time was different. Tara Sutaria wore an all-black ensemble of a black sweatshirt zipped up the front, black denim shorts, matching sneakers and a face mask to bring it all together. Make note of her personalised sweatshirt because that will come in handy later. When she turned around, Ek Villian Returns was emblazoned in red and yellow at the back. Easy and comfy, we'd definitely pick a look like this for casual days too. 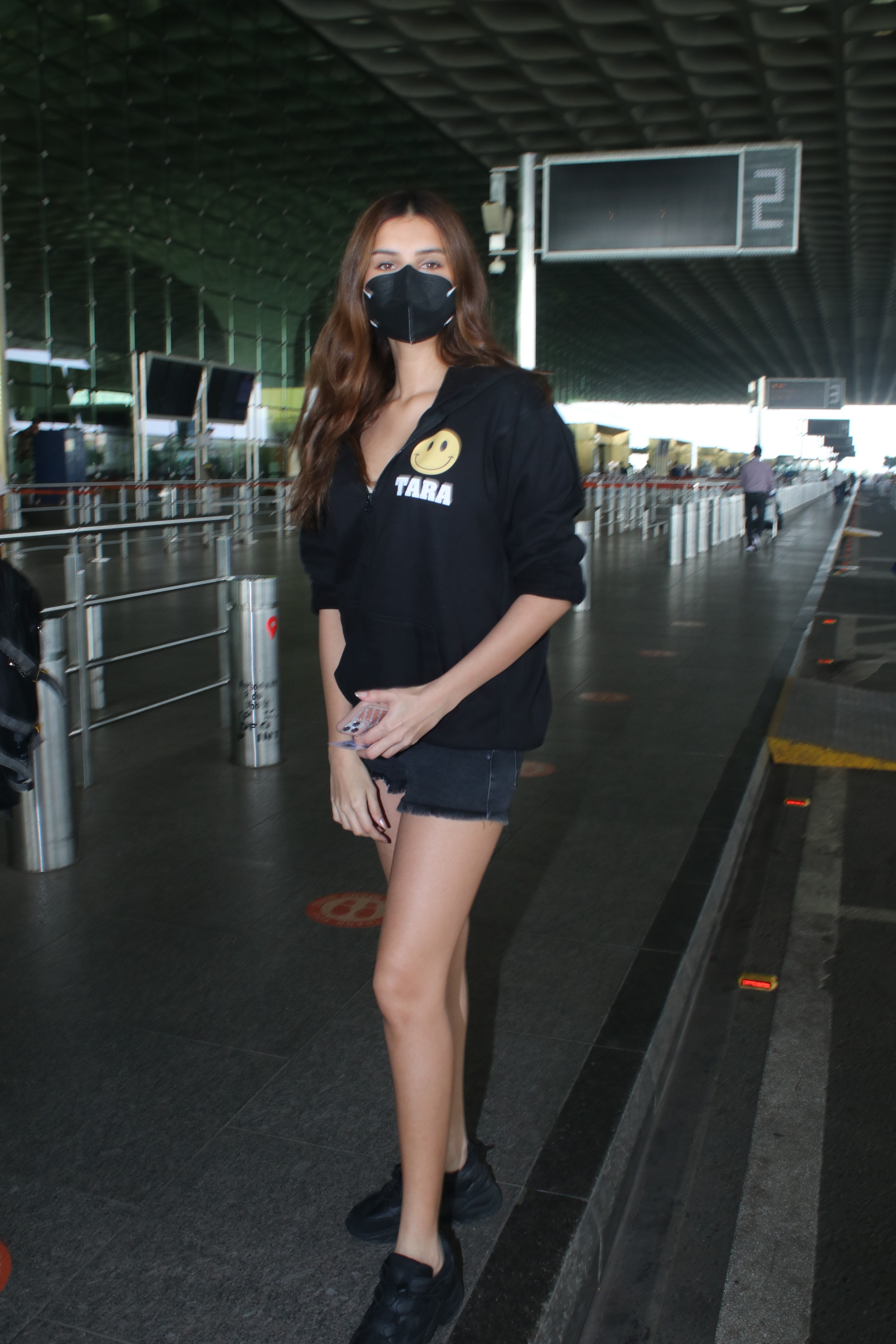 Tara Sutaria at the airport 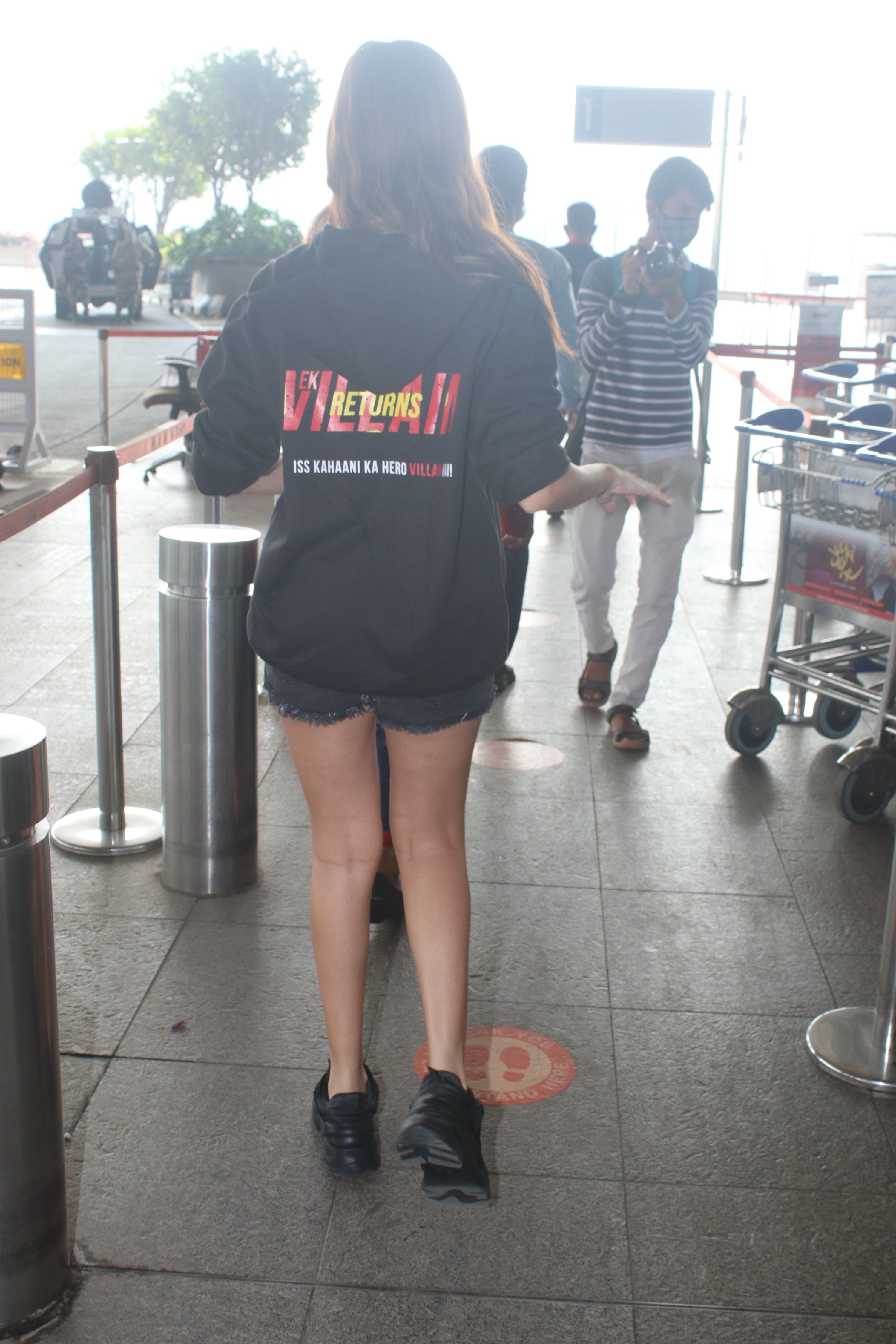 Tara Sutaria at the airport

Here's where things take a turn. Arjun Kapoor was also spotted at the airport today wearing a black outfit. With black jeans and a white t-shirt, Arjun went with black accessories like a face mask, sneakers and a beanie. But it was his sweatshirt that stole the show. Also personalised on the side of the chest like Tara's, Ek Villian Returns was on display when he turned around. 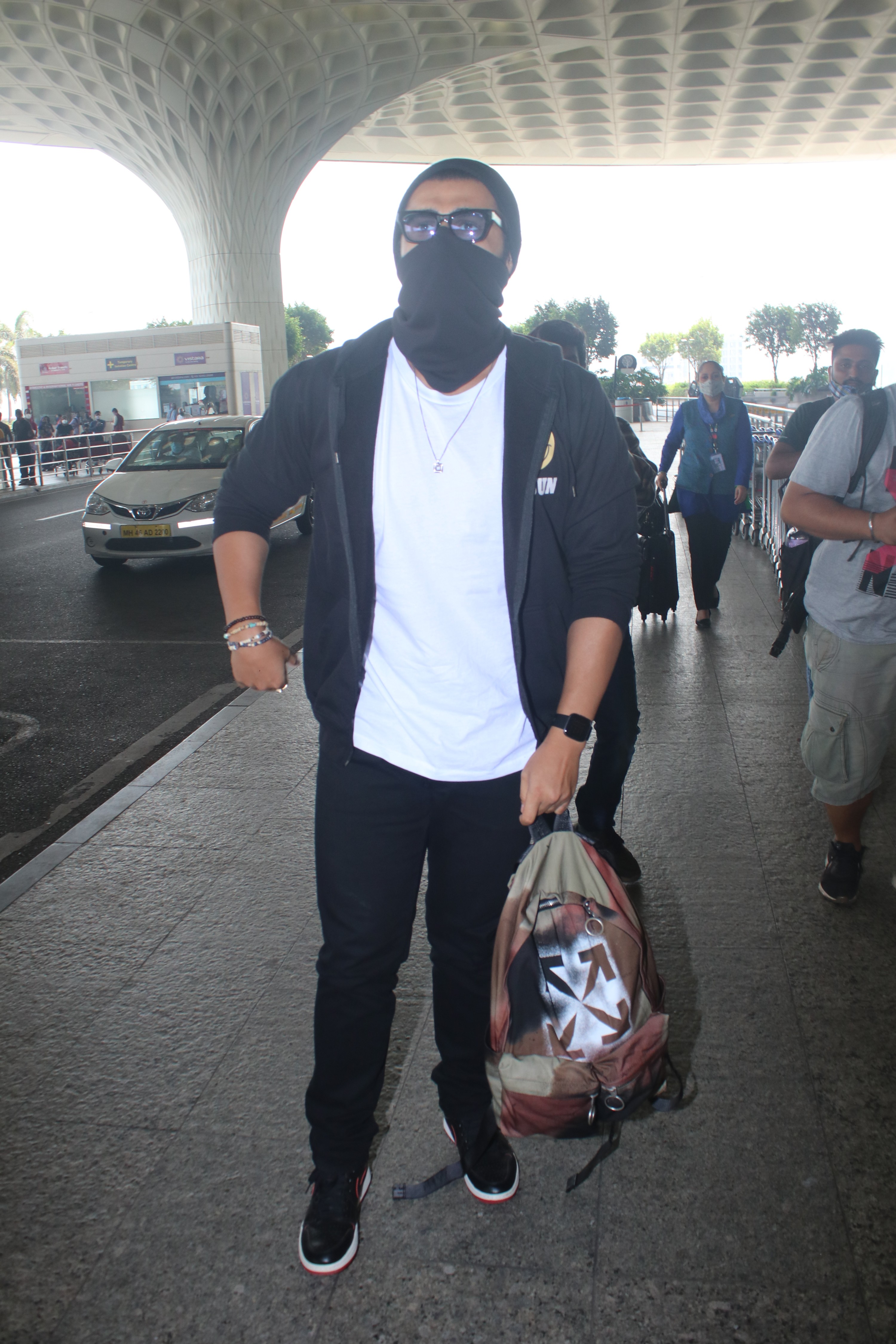 Arjun Kapoor at the airport

Coincidence? Not at all. They are reported to be shooting Ek Villain Returns, which is the sequel to 2014's Ek Villain and grabbed eyeballs with their promotional style when travelling today. 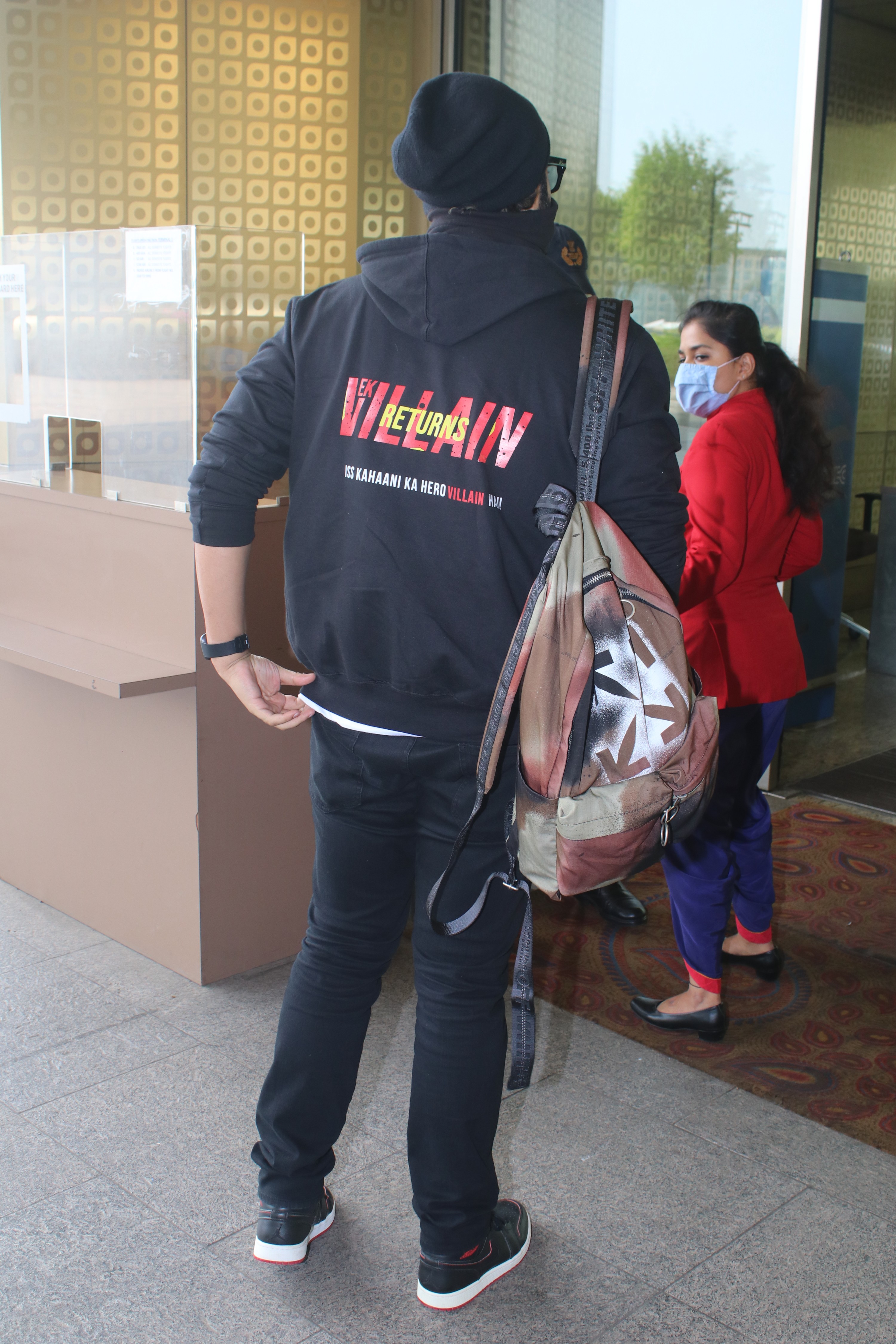 Arjun Kapoor at the airport

While they made quite the impact, theirs wasn't the only sweatshirt style in the city today. Kartik Aaryan wore a white hoodie with blue jeans and a pair of white sneakers to match. 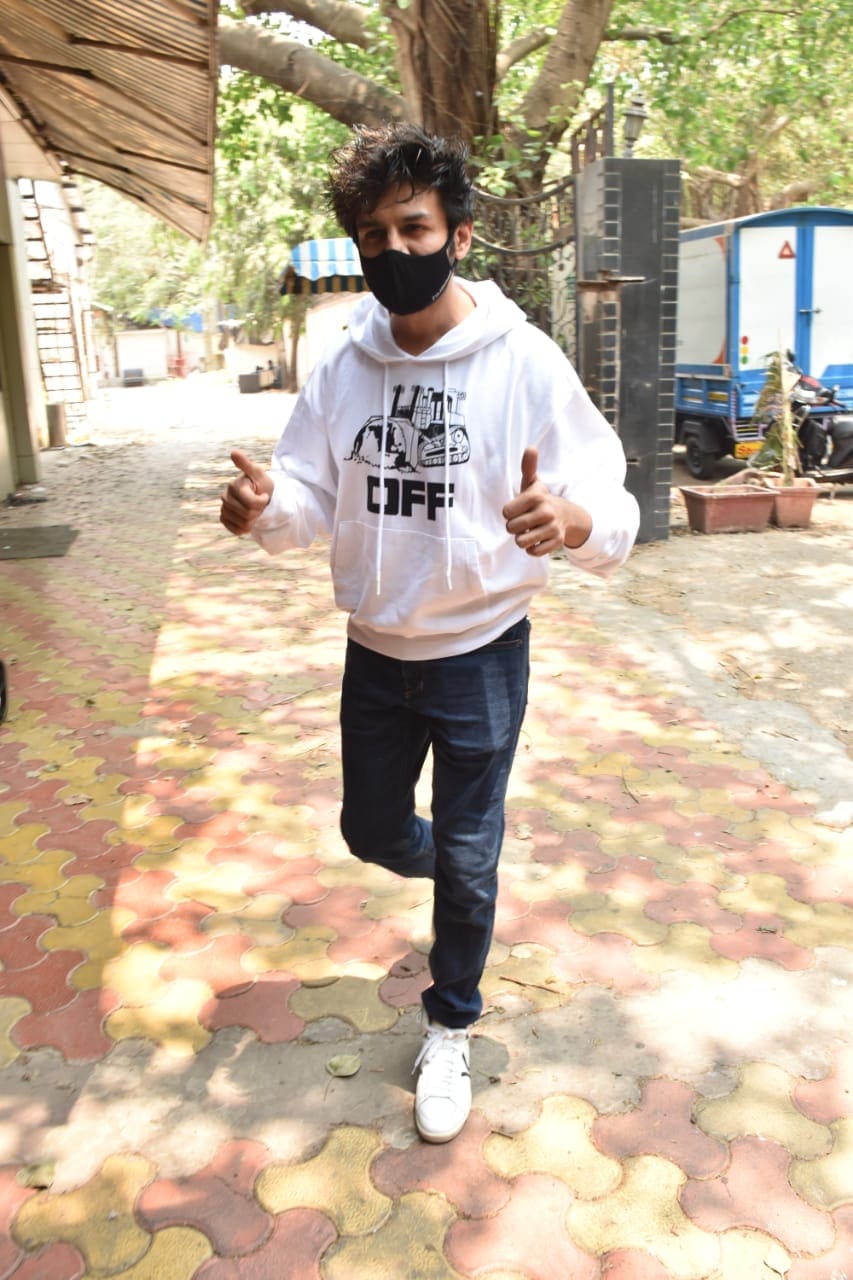 Kartik Aaryan in the city

Disha Patani, forever the trendiest one around, paired her cropped sweatshirt with a Calvin Klein sports bra, black track pants, a waist bag and cap on her head. Who said sweatshirts only had to be frumpy! 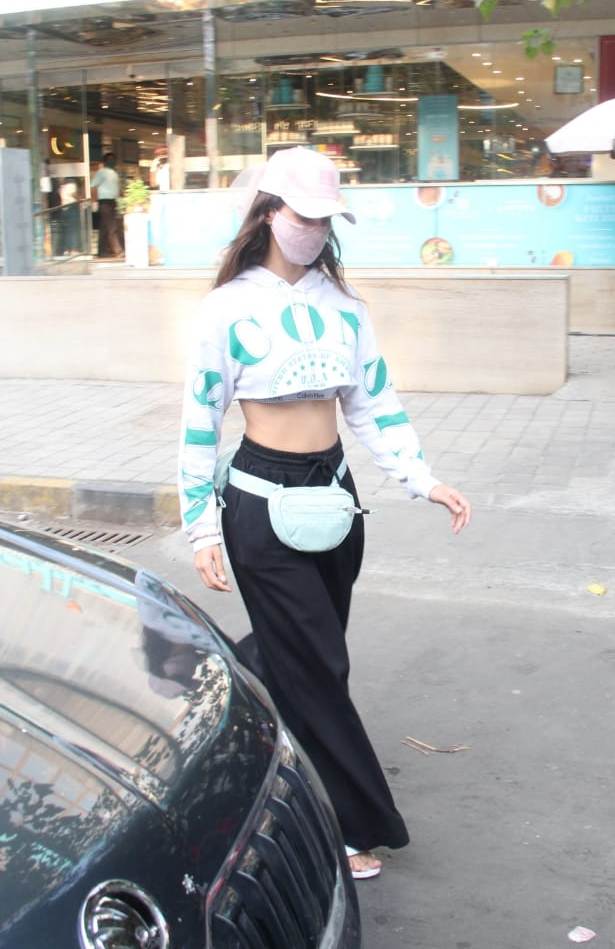 Disha Patani in the city