When Kareena Kapoor works out, she does it in style 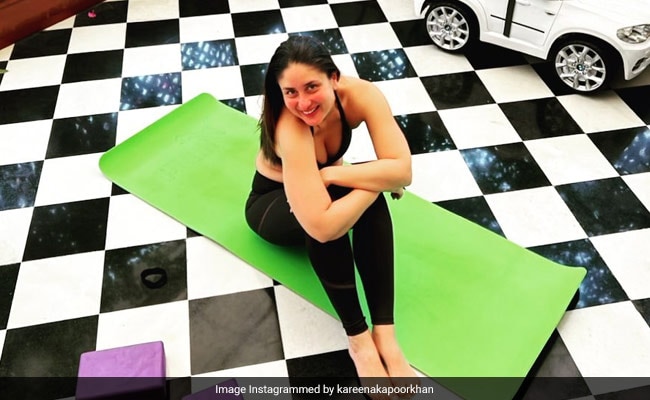 Trust Bollywood stars to ace not just red carpet looks, but also super chic athleisure. Whether they are heading home from a session at the gym or running errands, their outfits never fail to strike the balance between fashion and flexibility. Kareena Kapoor had joined the trend of wearing her best activewear on social media as she is reviving it with a black ensemble. The actress was recently seen posing in a black sports bra and black pants during her yoga session. She chose a no-makeup look and kept her hair loose.

Kareena Kapoor's yoga sessions give us more than fitness goals. With her workout clothes, she shows off her uniqueness and personality as well. The actress chose a vibrant pink sports bra and balanced it with a solid black pair of track pants.

Athleisure doesn't have to be boring. Kareena Kapoor proved it in a dazzling red co-ord set. She wore a red sports bra that had a halter neckline and meshwork detail. Underneath she wore high-waist pants that displayed black swatches on solid red. The shimmery touch to the ensemble added a look of glamour to this workout look. Kareena wore glam makeup with this attire.

Kareena Kapoor opted for a mix between solid black and vibrant pink for one of her athleisure looks. She wore a solid black sports bra over black mid-waist pants. She threw a pink bomber jacket over her bra. The jacket had white accent patterns. Kareena amped her look with winged eyeliner and pale pink lip tint.

Casualwear like athleisure need not always have the touch of black in them. A palette of pastel colours can easily add a laid-back look to such clothing. Kareena Kapoor showed us the way. She dressed up in a white sweatshirt and light pink loose track pants. Her sweatshirt had the touch of pastel blue too. She wore white and blue chunky shoes with her ensemble. Graphic eye makeup and golden loop earrings completed her look.