Malaika Arora Looks Snazzy In Her Rs 1.9 Lakh Gucci Blazer And Ripped Jeans Even In The Monsoon Humidity 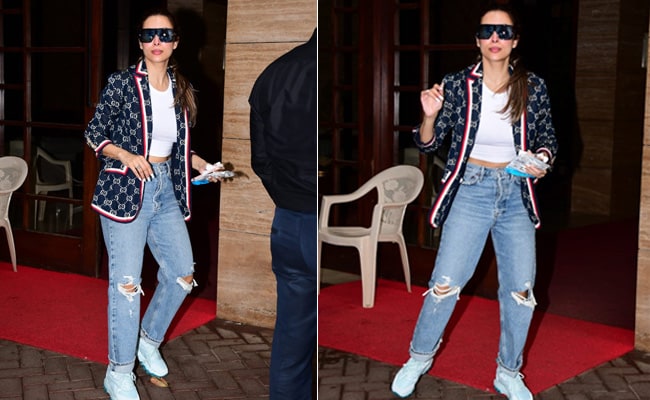 The monsoon is almost an extension of summer, as far as the weather is concerned. The sunshine of sunny days is replaced with sticky heat during the rains which can make dressing for the season just as exhausting. So while we're sticking to billowy blouses and roomy dresses, Malaika Arora does it a bit differently. It seems like the weather has no effect on the Bollywood celebrity whatsoever because when she was spotted in Mumbai, she went ahead and picked a layered look for her day out. If it were us, we'd be fanning ourselves with every step we took but somehow Malaika looked cool as a cucumber. Maybe it was the designer factor that worked its charm into her look as well. 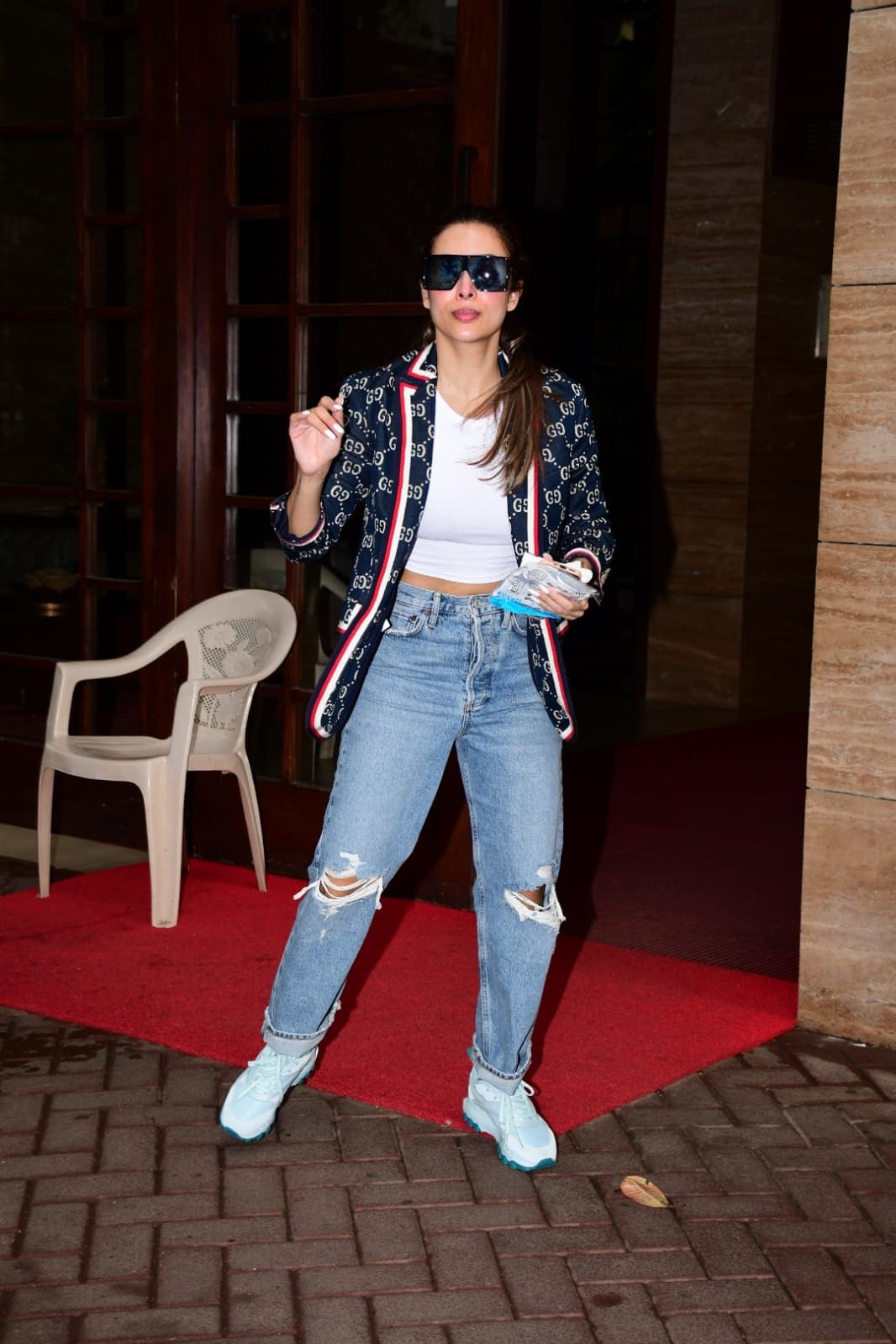 Malaika was snapped by paparazzi wearing a white coloured tank top which she layered with a Gucci jacket. The Gucci GG Navy Logo Jacket has peaked lapels, flap pockets and long sleeves, all trimmed in signature shades of red, white and black with mother-of-pearl buttons. It costs approximately Rs 1,94,000 and with a price like that, we wouldn't even dare sweat in it. 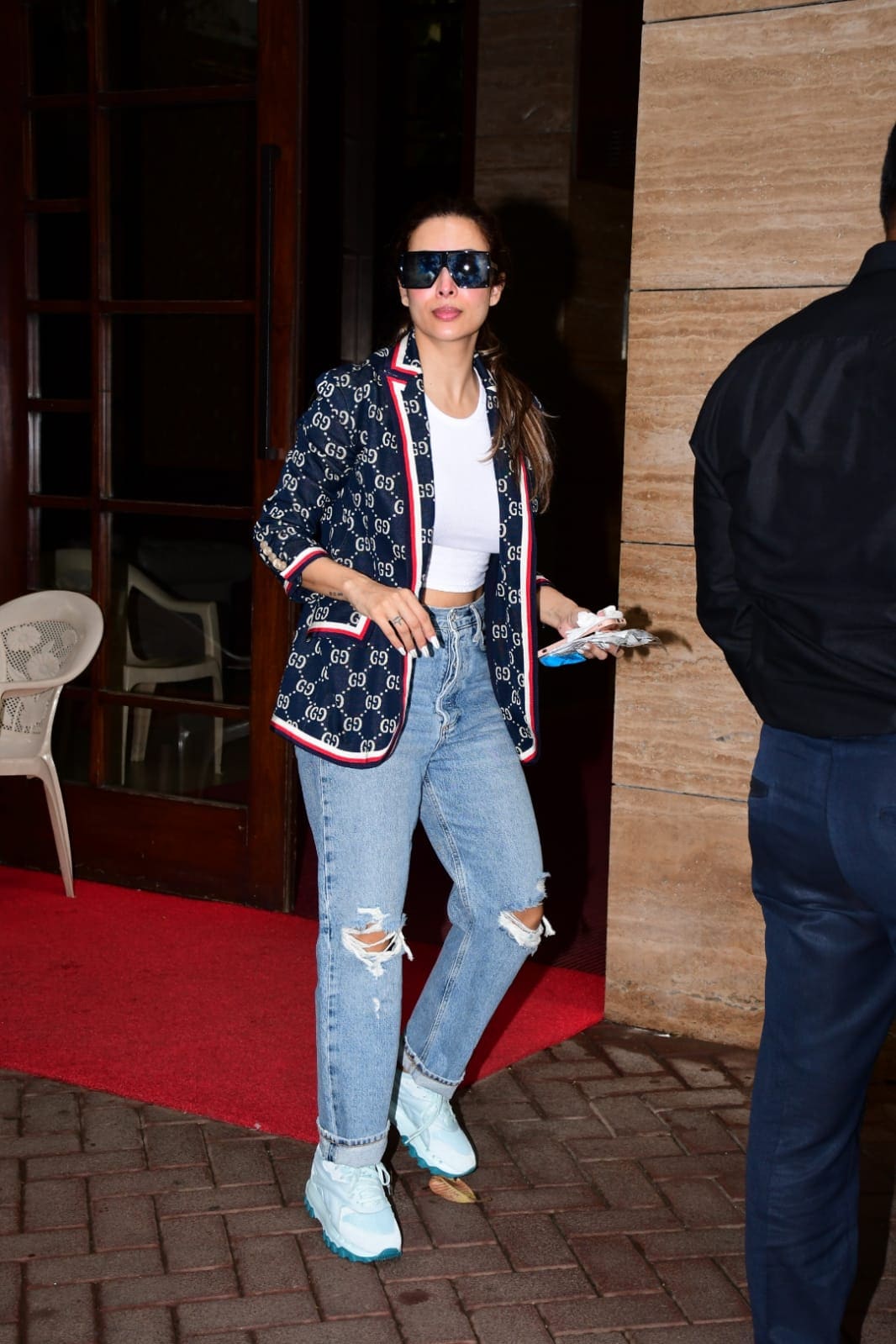 With it, Malaika wore a pair of high waist straight fitted blue jeans with ripped details at the knee. A chunky pair of blue and white sneakers and oversized black sunglasses finished her look. Keeping aside practicality, at least this one from Malaika rakes in the style points.

(Also Read: Malaika Arora Looks Travel Chic As Ever In A Tank Top, Flared Jeans And A Fendi Tote)