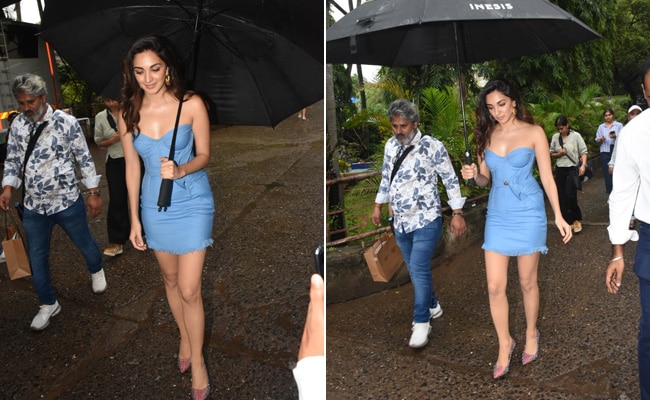 The rains are often romanticized as being warm and fuzzy when you're snuggled up indoors. That isn't the case when you're outside though. However, the upside of stepping outside when it rains is that it can be made fashionable. You may not think that the monsoons could be a season to showcase your style quotient but if Kiara Advani can do that, then so can you. The Bollywood actress has been busy making the rounds to promote her recent movies and is upping her sartorial game while she has been at it. During her latest appearance outdoors, it happened to pour when Kiara was outside. But even that couldn't cramp her style. Take a look at how it went. 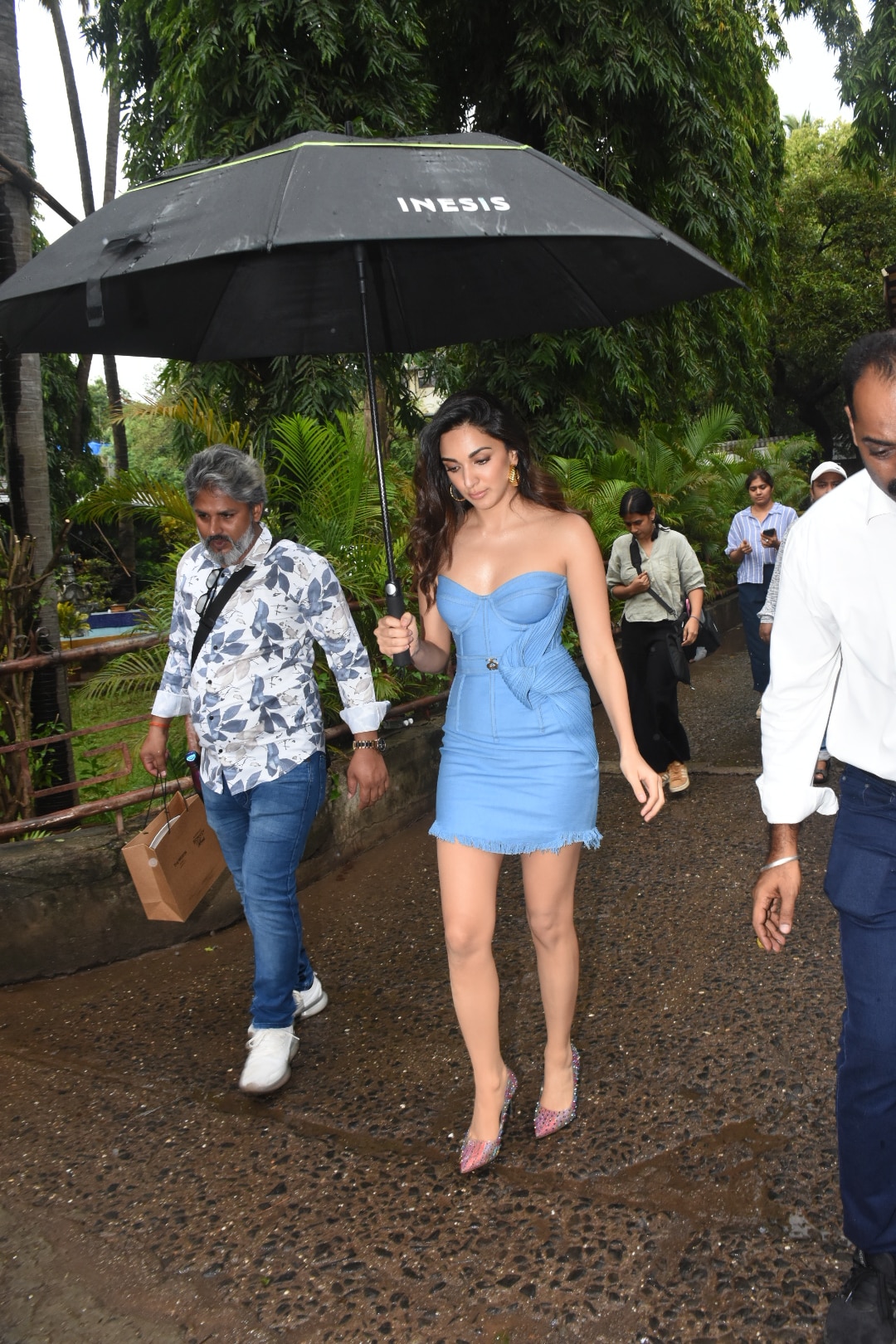 (Also Read: Only Kiara Advani Could Pull Off Breezy Monsoon Whites So Effortlessly)

Kiara walked out wearing a corset-style denim mini dress. The strapless dress had a side ruffle and frayed hemline which made us go va-va-voom. With it, Kiara opted for a clear pair of pointed pumps embellished with studs all over. Adding a metallic glint were gold hoop earrings. But that wasn't the main accessory that she had on. 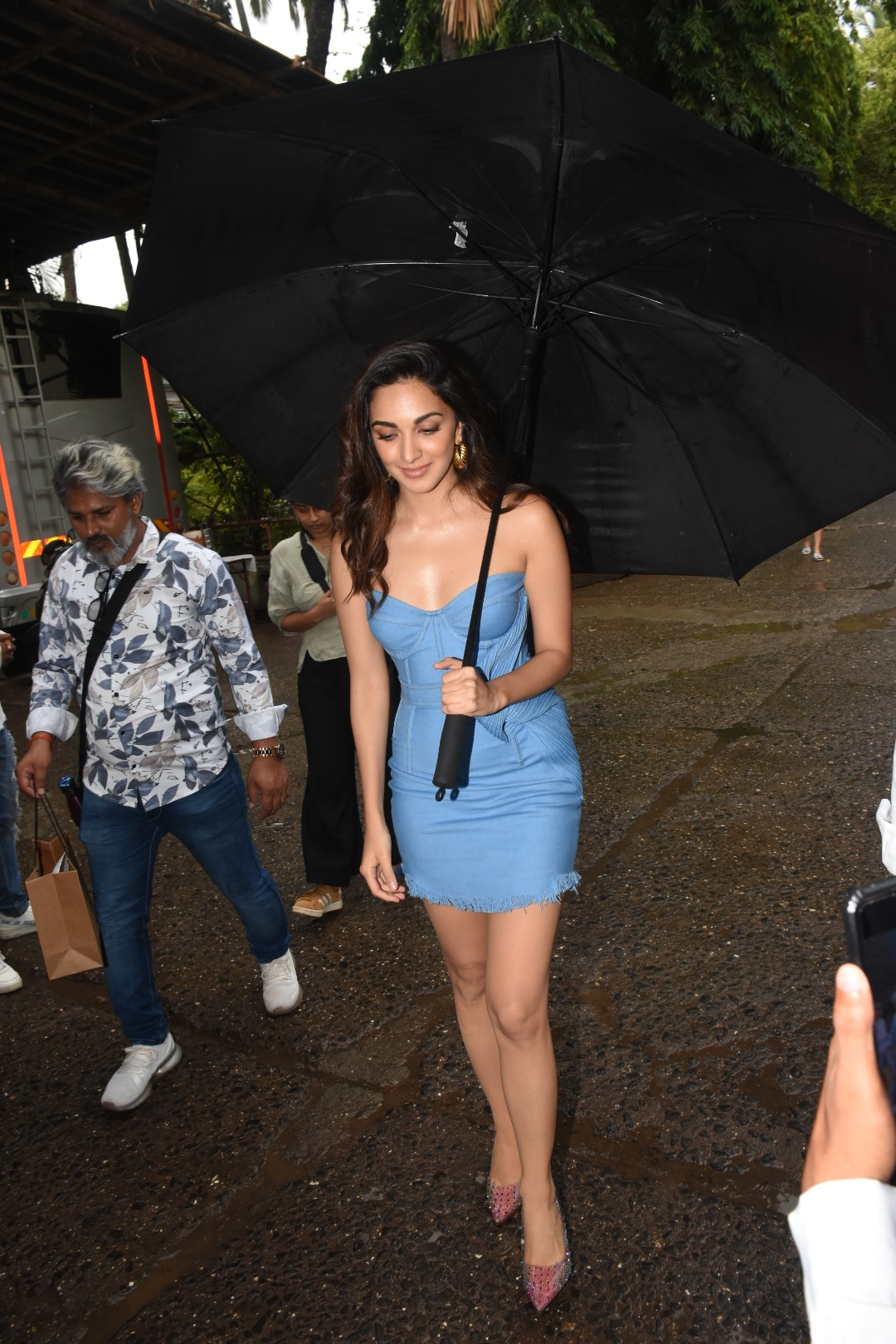 When the Mumbai rain came down while Kiara was out, she simply took a large black umbrella in her own hands, opened it and walked through, heels and everything. We love a lady who is fully capable of handling the monsoon herself, even when she's dressed to the nines. No wonder we can't get enough of this outfit.