Nikki Tamboli and Jasmin Bhasin at the airport today

A day doesn't go by when TV stars aren't turning heads for their fashion statements. Whether it's on social media or a stroll around the city, they are definitely giving Bollywood stars a run for their money when it comes to trend setting. It was the good kind of double trouble at the airport today with both, Nikki Tamboli and Jasmin Bhasin travelling out of the city. You guessed it right; they didn't miss the opportunity to sport airport fashion looks which their fans cannot get enough of. Surprisingly, both stars happen to choose track suits to comfortably and stylishly travel in. Nikki Tamboli looked good enough to head straight to a do in hers; no wonder she's fast becoming a fashion icon. She wore a lilac and white toned crop top which showcased her abs along with a matching track jacket and drawstring joggers with buttoned sides. Her white heels and transparent holographic bag added the chic touch to the athleisure look. 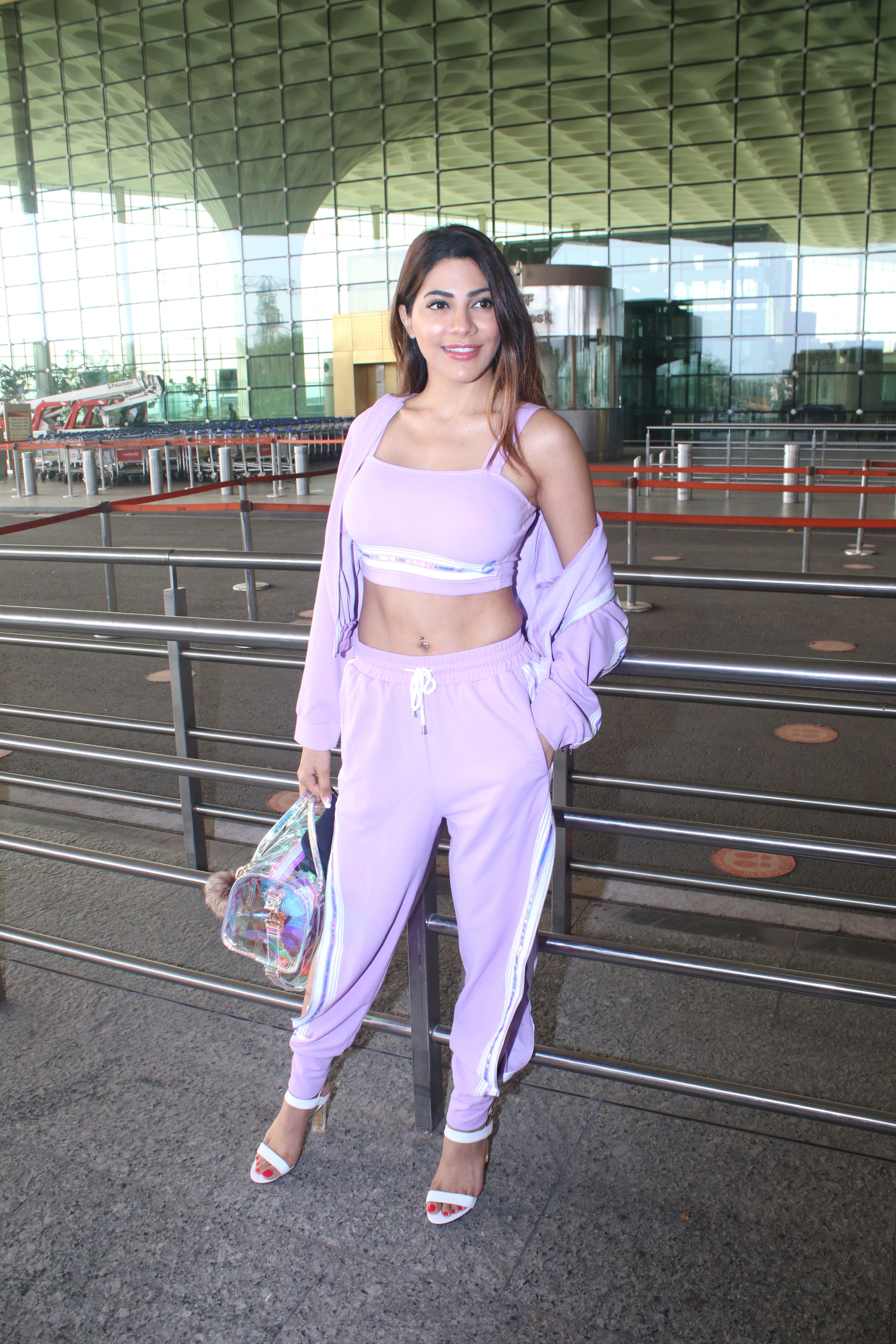 Nikki Tamboli at the airport

(Also Read: Just Like Jasmin Bhasin In This Dress, Add Colourful Prints To Your Summer Wardrobe)

Jasmin Bhasin wasn't far behind either. The TV star was travelling with Aly Goni and as per usual, they set fashion goals with their outfits. Jasmin wore a navy blue jacket and track pants with a white tank top and sneakers to tie the look together along with tinted sunglasses. Aly Goni was on theme with his lady love as he also opted for a track jacket with a Burberry waist bag and neon sneakers. 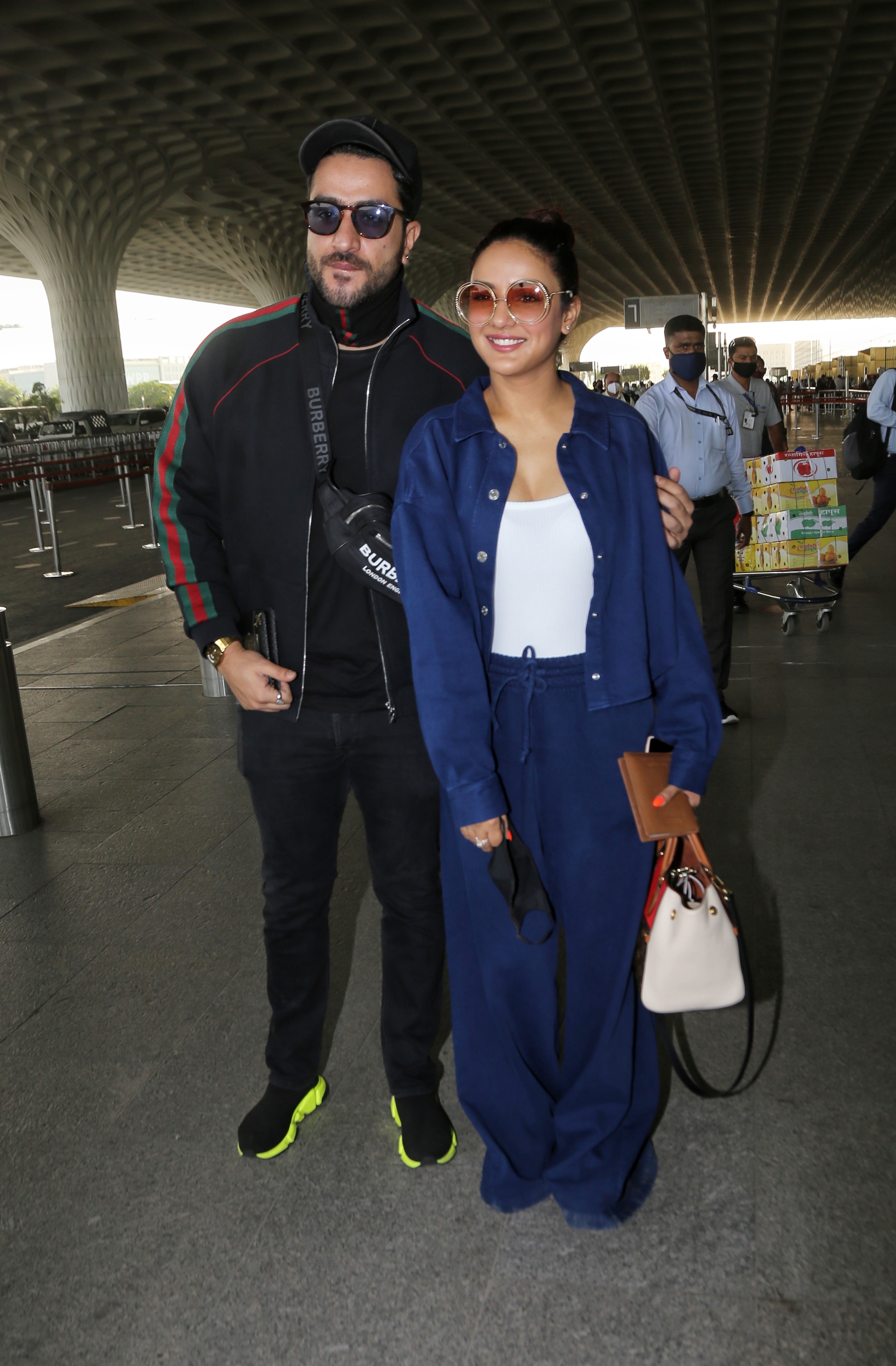 Jasmin Bhasin and Aly Goni are set to travel

Recently too, Jasmin Bhasin and Aly Goni were captured at the airport. While Jasmin wore a black crop top and metallic gold pants with sandals and a Louis Vuitton bag in her hand, Aly paired his Champion sweatshirt with Nike sneakers and a snapback cap. 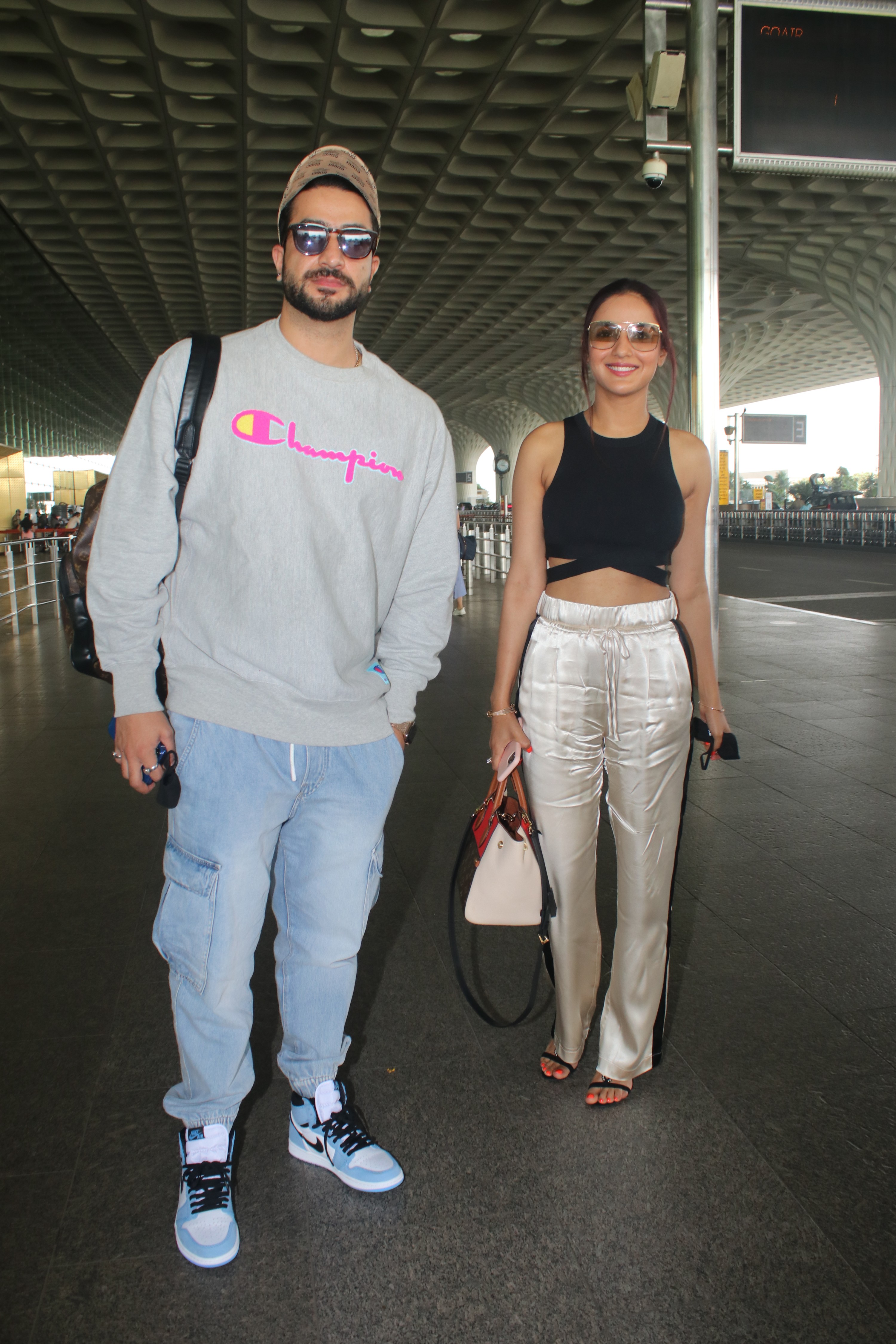 Jasmin Bhasin and Aly Goni were spotted at the airport

Last month when Nikki was snapped by photographers, she favoured a tracksuit once again. This time however, she went with a bright orange cropped sweatshirt and track pants with loafers.