Sonam Kapoor can give even her maternity look a designer touch 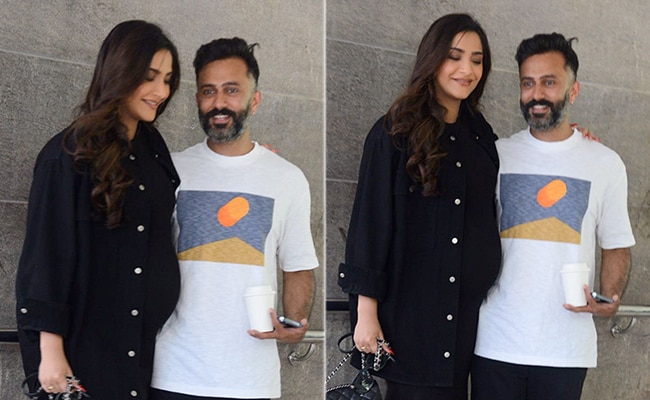 For someone as stylish as Sonam Kapoor, you can expect that a new addition to the family would add to her fashion quotient. Going by her maternity looks throughout the course of her pregnancy, it has proven to be true. Sonam's latest outfit wasn't any different either. The Bollywood celebrity was photographed in the city with husband Anand Ahuja lovingly by her side. Sonam Kapoor was wearing a black midi bodycon dress which fitted her like a glove. She wore a black oversized shirt which was unbuttoned in front. 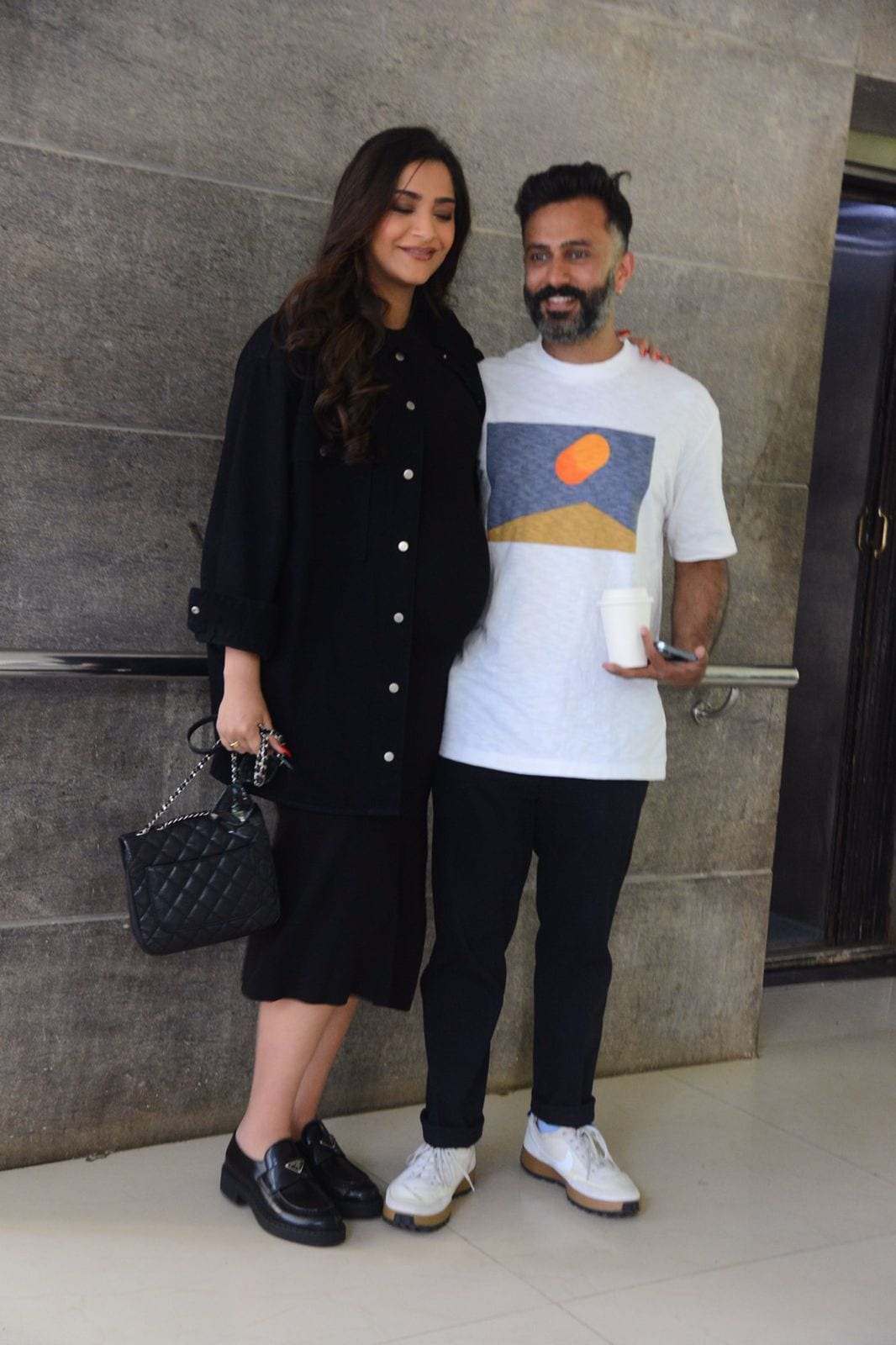 (Also Read: Sonam Kapoor Is A Vision In A White Abu Jani and Sandeep Khosla Look With Her Baby Bump On Display)

With it, she styled a Chanel quilted purse and also added in black coloured Prada loafers. Sonam wore her hair in curls swept to one side along with a set of black smokey eyes. Sonam Kapoor gave this pregnancy fashion look of hers some super stylish designer additions. 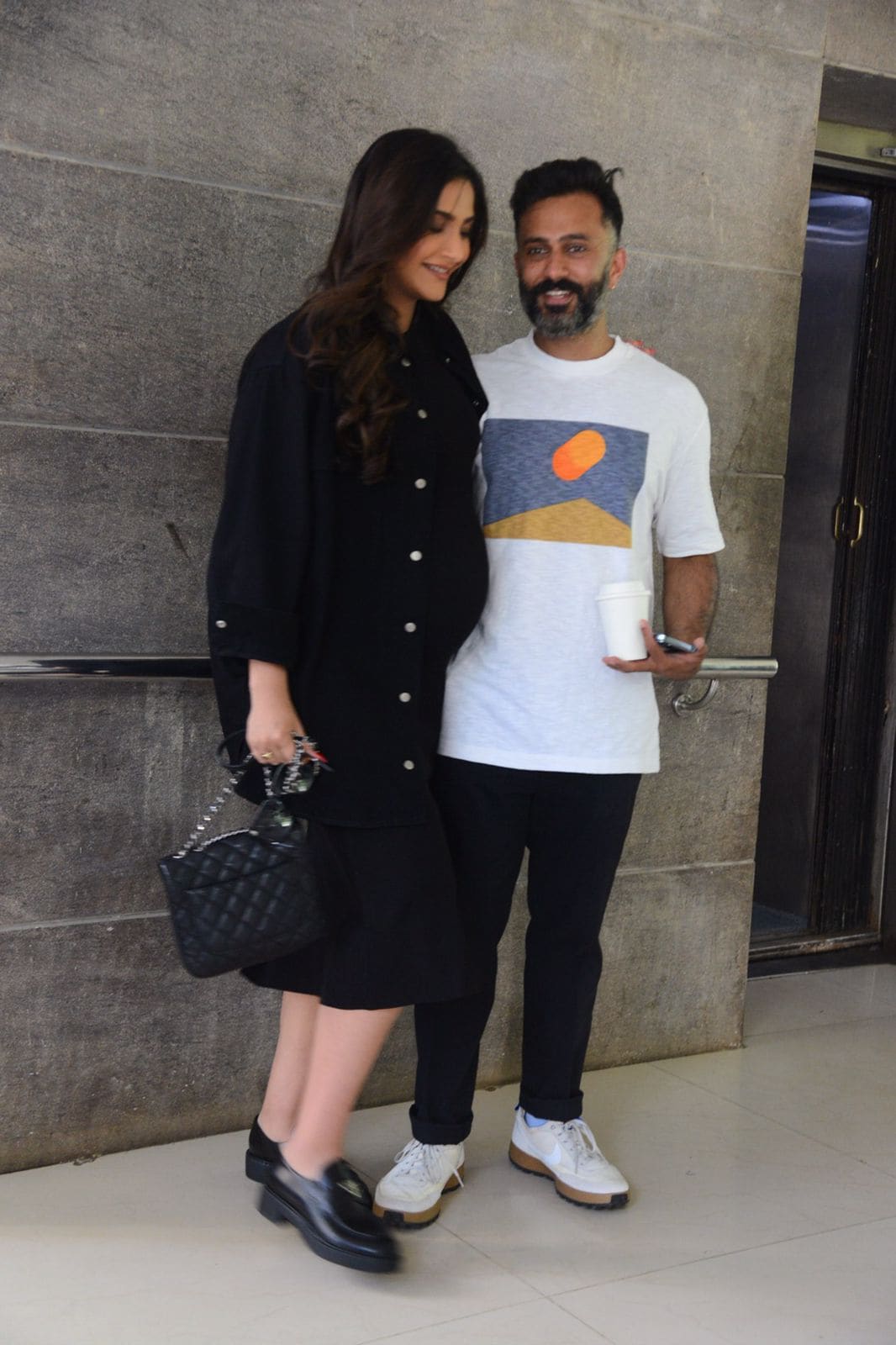 Last week, Sonam was snapped in the city when she stepped out for dinner and this time around, she chose a completely different look that was brighter than the sun. She wore a vivid yellow midi dress that had pleats running through its length. With ruffles over the short sleeves, the flowing fit enveloped her delightfully. Sonam picked white strap flat sandals and brown snakeskin patterned bag on her arm added more character to the otherwise simple outfit. 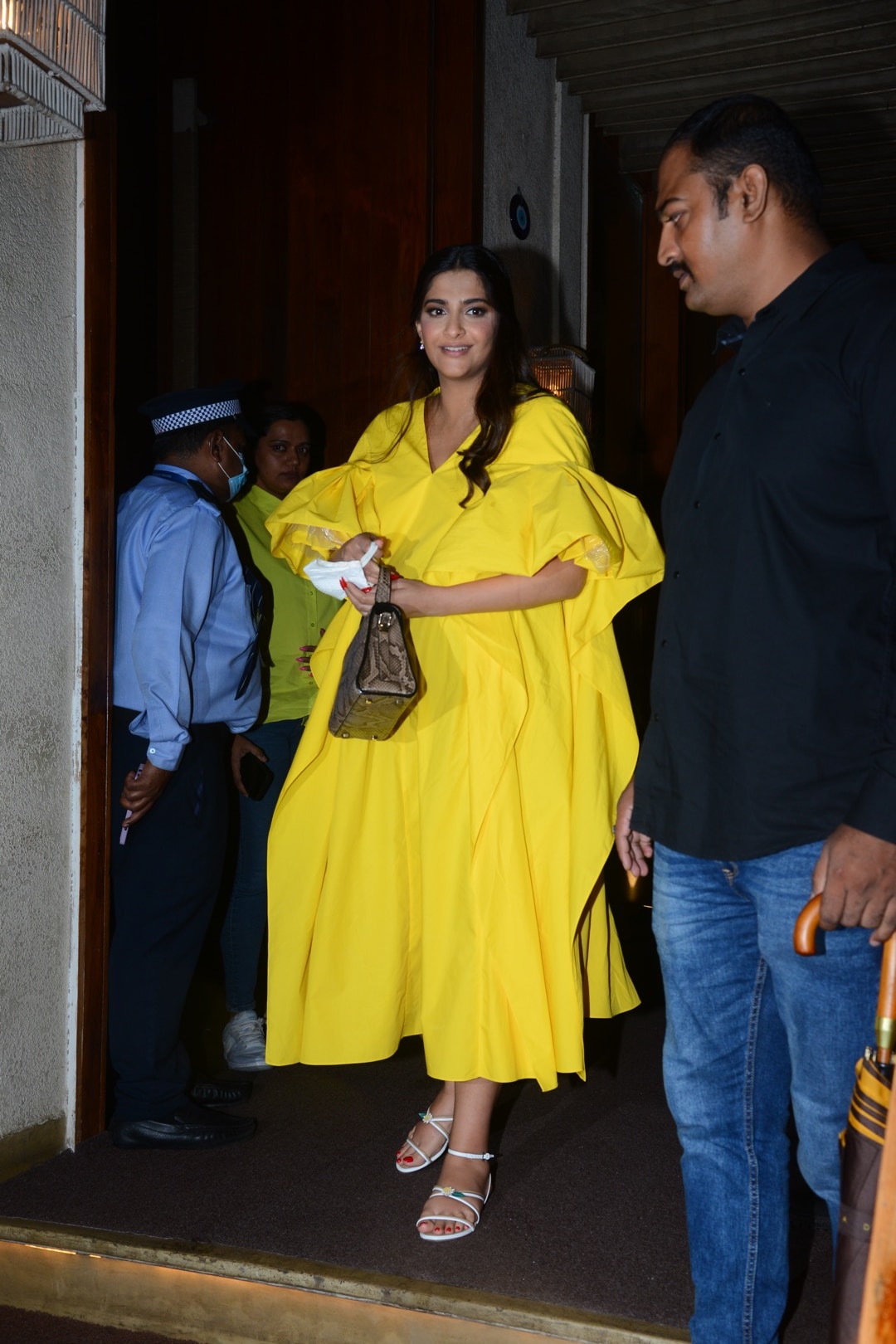 (Also Read: Sonam Kapoor Pulls Off 'A Rihanna' And Bares Her Baby Bump In A Sports Bra And Jacket)