Yes, Fatima Sana Shaikh Wore A Saree. No, It's Not Her First Saree

When Fatima Sana Shaikh stepped out of her car for Eid celebrations at Aamir Khan’s residence yesterday, she couldn’t have predicted that she would soon become a talking point. Wearing a beautiful light pink chanderi saree with a sleeveless blouse, Fatima looked very pretty; the floral silver foil work on the saree gave it a very wispy, ethereal look. Perfect for the weather and for the celebrations, if you ask us. People, however, seemed more floored not by the loveliness of her outfit but by the fact that Fatima had chosen to wear a saree at all. Style checker High Heel Confidential didn’t think they had seen the actress in a saree before – several comments online said the same. 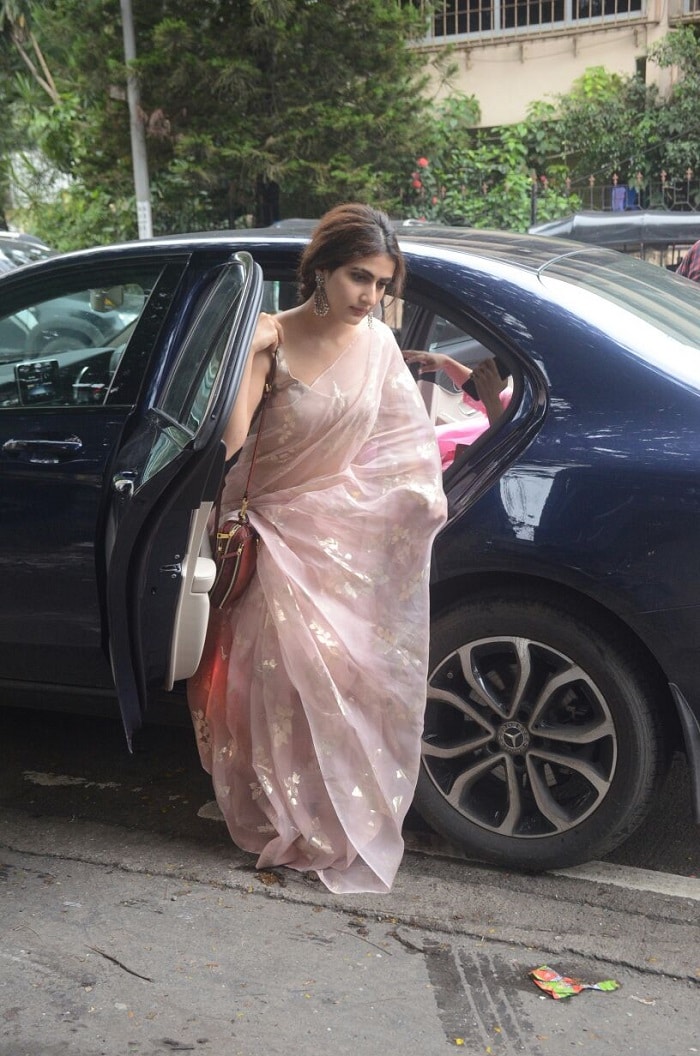 However, it certainly isn’t the first time Fatima Sana Shaikh has picked a saree – in fact, she wore a saree for Eid in September 2017. In fact, it was with the same people – Aamir, his wife Kiran Rao and others - in the same house that she did so. Cut to last year’s Eid celebrations, shall we?

Fatima has also worn sarees for photoshoots, several pictures from which she posted on her Instagram.

Safe to say that Fatima isn’t a saree first-timer. Also, she looks so lovely in one that we think she should go the whole six yards more often. And ignore trollish comments such as these:

Haters will be haters, after all. There are plenty of comments criticising Fatima for picking a saree for Eid, presumably over a sharara, just as last time round she was accused of being ‘un-Muslim’ for wearing a bindi on Eid and a swimsuit during Ramzan (she was on a beach, but that fact appeared to have escaped most commenters).

Fatima Sana Shaikh, who co-starred with Aamir Khan in Dangal and the upcoming Thugs Of Hindostan, has rarely shown any inclination to engage with haters.