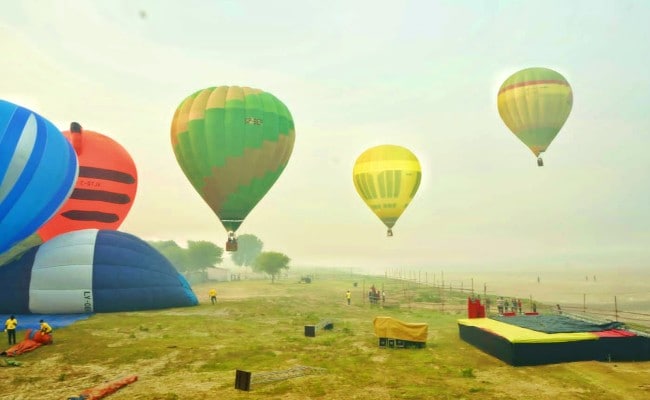 The Varanasi experience is never one dimensional. The ancient city has much in store for all kinds of travellers. Every trip brings new experiences that let you discover more about its local culture and people that are the true essence of the city. Moving beyond heritage tours and river cruises, the Uttar Pradesh Tourism introduced yet another unique perspective to travellers by recently organising the Varanasi Hot Air Balloon Festival on the occasion of Dev Deepawali, which is touted to be Diwali celebrations of the Gods, wherein the city sparkles brighter than ever with its festivities.

The charm of Varanasi is its hustle and bustle as you make your way through the narrow lanes to visit the ghats, ancient Hindu temples and masjids, savour local street delicacies or shop luxurious Benarasi silk sarees. But then how about avoiding the chaos and finding your peace and quiet while touring the city? Exploring Varanasi and its neighbouring terrain from a bird's eye view is bound to be spellbinding. That's what our hot air balloon ride offered - a surreal tour of Varanasi as we flew up and above near the banks of the river Ganges and made our way over the ghats and further into the heart of the city.

Also read: #NewHotelAlert: Pilgrimage Or Adventure Sports, This Luxury Hotel In Katra Is The Perfect Base Camp 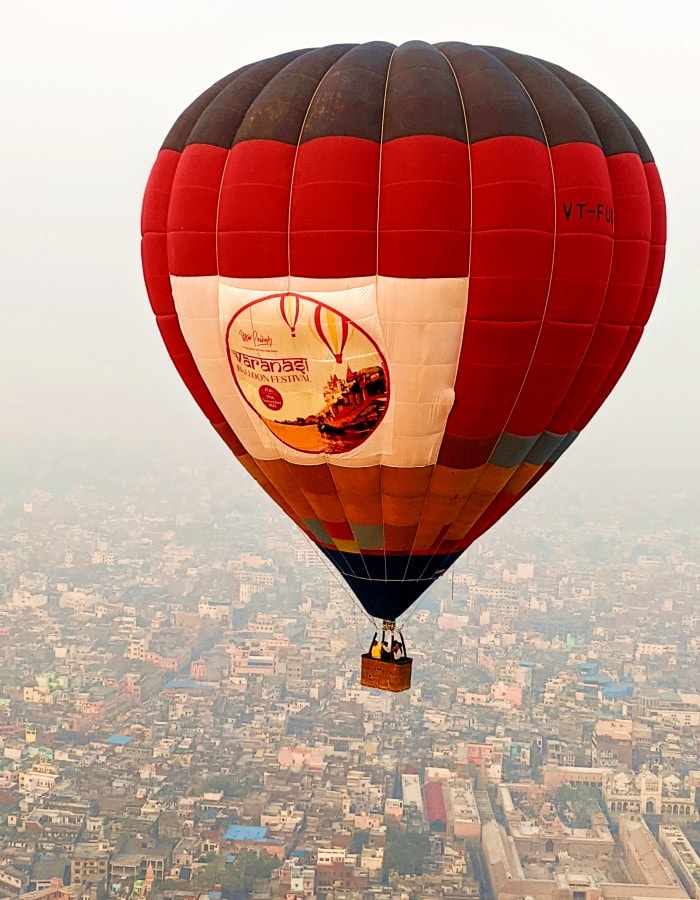 Our first hand experience at the Varanasi Hot Air Balloon Festival was indeed picture perfect. Fighting the maddening traffic the evening before in the city and waking up at wee hours in the morning were all forgotten the minute we sighted the hot air balloons being set up by the skilled crew of Sky Waltz Balloon Safari. The barren field suddenly transformed into a magical land as the giant balloons were lined up one after the other.

A short briefing later, we were all set to take off. And up we flew, through the mist and over the Ganges to witness another view of Varanasi, which is undoubtedly the best there is. We were treated to a stunning sunrise and then we slowly descended closer to the ghats to get a closer look at the many activities that perpetually go on - from pilgrims taking a holy dip in the river and offering prayers to ringing of temple bells for the aarti ceremony and even the last rites carried out for cremation. Our ride also took us closer to the famous Kashi Vishwanath Temple and we saw people lining up for their turn as they made their way to the central courtyard. 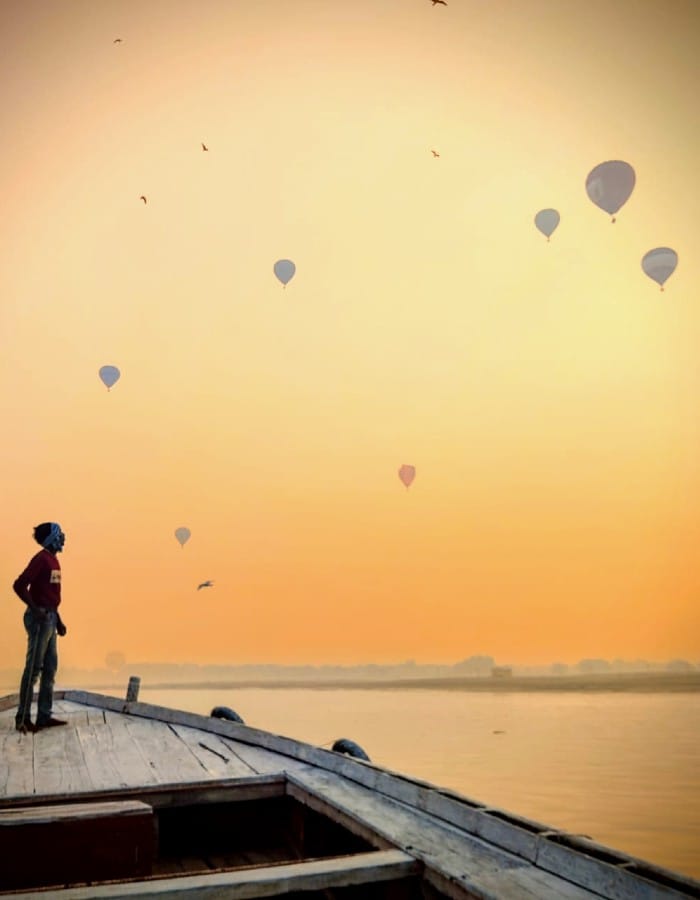 It's not just the ancient temples that stand tall with their beautiful architecture but the many heritage havelis too that offer a glimpse into the past and tell many tales. On our hot air balloon ride, we got to see many such architectural marvels and the bustling narrow lanes too without really having to fight through the crowd. Being in a hot air balloon is bound to attract attention and we got much of it from the locals who waved at us and even cheered us, thus making our ride an entertaining one. An hour later, our pilot skillfully made our descent to an open field and our surreal tour of Varanasi finally came to an end.

The Varanasi Balloon Festival 2021 was held from 17th-19th November and is set to kick off a new chapter in UP tourism for the well-heeled global travellers as exploratory and experiential travel gain more momentum.