8 Effective Creams To Stop Chafing In Its Tracks

It's the solution you didn't know you needed

A common skin care concern that athletes and fitness enthusiasts experience; but which often goes unacknowledged, is chafing. The constant motion of running, walking, swimming or any other activity that uses consistent movement leads to friction between body parts or clothing. Even unwiped sweat can lead to chafing. Areas like the inner thighs, buttocks and even nipples and arms can get chafed in both men and women. Thankfully, the skin problem can be prevented with these 8 creams that act as a barrier on the skin so that you can exercise without worry.

The Keeo Skin Essentials Anti-Chafe Cream is made with tea tree oil, witch hazel, and aloe vera extract to protect against blisters, chub rub and any other kind of friction.

The Raw Nature Chafing Ease Cream is a vegan formula with cedarwood and lavender. It is also PETA certified and SLS and paraben free. With its antiseptic, anti-fungal properties, it heals aggravated skin and inhibits bacterial growth. 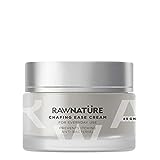 The Blue Steel Sports Anti Chafe Cream has tea tree oil and forms a layer on the skin to prevent friction. It can be used before, during and after activity.

The Ateeva Anti-Chafe Cream is a natural body care product that is made in India. It is non-toxic, paraben-free and doesn't allow blisters and soreness to have an effect on the skin.

The Sirona Anti-Chafing Rash Cream contains no preservatives, parabens or chemical actives; only ingredients like Tasmanian pepper and agarwood oil. Together, they protect against rashes and friction, especially in intimate areas. 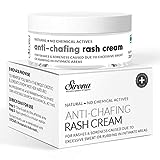 The Skin Elements Anti-Chafing Stick has a vegan, sweat-resistant formula that forms a breathable film and comes in any easy stick form. 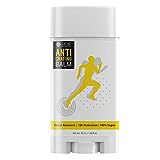 The Raw Nature Chamois Cream is made with rice bran wax and rosemary oil for all day protection from rubbing with a cooling effect on the skin. 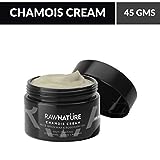 The Amaterasu Skin Ease Gel acts as a second skin barrier that isn't greasy or staining and is water repellent.

You won't need to worry about irritated skin ever again.