A Stranger Insisted He Was My Child For Over A Decade 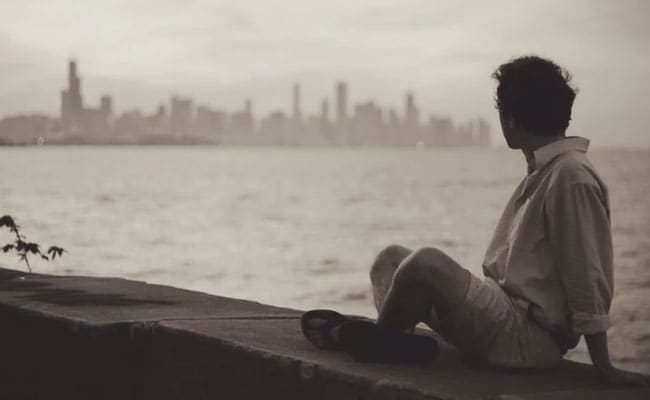 Two private investigators had pegged me as the birth mother

I first became aware of him 14 years ago, when a private investigator called. I had no idea what a detective would want from me - perhaps a bill collector was trying to track me down? Maybe my mother had hired him to find the fortune she believed my father was hiding from us? She had hired several people to find the money over the years to no avail, but none had ever reached out to me.

"Your son is looking for you," the private investigator said. "The son you gave away in 1985."

Now that I wasn't expecting.

"Your name is on the birth certificate," he said.

I was 17 in 1985, still a few months away from losing my virginity. I knew I hadn't given birth that year; still, the call played with my head. Had I somehow blocked out an entire pregnancy? I started to feel disoriented as I pressed the phone to my ear, momentarily unsure of memory, unsure of reality. I wondered if this was how it felt to be delusional like my mother, although she always seemed so sure of herself, of what she thought she knew. I told the detective that, no, it must have been another Gayle Brandeis. He thanked me for my time and hung up.

I didn't think much of this strange phone call until my shadow son contacted me himself via Facebook in early 2010. "This might be an insane question," his message began before he asked if I had given birth on a certain day in 1985. I had given birth to my youngest child three months before this message. I was still recovering, not only from the birth but from my mother's death, as well - she had hanged herself in the midst of a psychotic break when the baby was one week old.

I wrote back saying no, I hadn't given birth in 1985, and I wished him the best with his search. He apologized for any inconvenience and closed with "Be well." I deeply appreciated these words; I felt far from well those days. I shut my computer and fell back into the utter immersion of mourning, of life with a newborn, figuring the situation was resolved.

But then I heard from him again, this shadow son. He assured me he wasn't seeking a relationship. He didn't want to derail my life - he had been having some health problems and wanted to understand his family medical history, he said. I was tempted to tell him how my mother had been working on a documentary at the time of her death, called "The Art of Misdiagnosis," about the various diseases she thought wracked our family, but that information would have no bearing upon his life.

I assured him once again that I wasn't the one he was looking for. Again, I thought the matter was put to rest - until I woke to a notification on my phone in 2016, "Are you my Mother?" bright on the screen. I thought of the children's book about the little bird asking a cow and a dog and a steam shovel if they were its mother, and then I read the rest of my shadow son's wrenching message, each word thrumming with pain. It gutted him that I wouldn't acknowledge him as my son, he said. It gutted me to read his words, to know he associated me with this deep ache, that I had become its locus. He was going to become a father himself soon, he wrote. If I was his mother, I was going to be a grandmother. And I felt so helpless - I wanted to tell him I could be some sort of mother figure in his life, but I knew that wasn't the answer; he needed to know where he came from, and that wasn't me. I offered to do DNA testing, write an article, do whatever else I could to help him find his mother, but he never wrote back. In fact, he blocked me. My shadow son instantly became even more of a shadow, and I was surprised by how this hurt - it felt like a hole in my life, a fresh grief. This man had projected so much hope and fear and anger and pain and confusion and love onto me, and I had let some of that seep into me, glimmer and rattle inside me as if I had a window into a parallel life, an alternate universe where I had indeed given birth at 17. When he shut that window, my life felt smaller, somehow. Strangely bereft.

I found myself checking what I could on my shadow son's Facebook page to make sure he was okay. I knew he was the singer/songwriter for a band, one that was getting quite a bit of attention, and I found myself visiting the band's website, reading his lyrics. Many are suffused with longing - romantic longing, yes, but I couldn't help but wonder if the lyrics stemmed from that more primal wound. I also couldn't help but feel a strange surge of maternal pride for his success. And when I saw pictures of his baby - my shadow grandchild - I couldn't help but beam.

Last October, when I shared how haunted I was by my shadow son, my husband said, "Let's see if we can find his birth mother." My heart raced. In the 14 years since the private investigator called, I had never considered doing this, but now it absolutely felt like the right thing to do. My husband and I launched into detective mode - I joked we were like "Hart to Hart," those married detectives of '80s television. We may not have their butler or yacht, but we have something they didn't: the internet.

Two private investigators had pegged me as the birth mother, but within two hours of searching public records, my husband and I found a woman who seemed likely to be my shadow son's real birth mother, a woman whose name was very similar to my own but with a slightly different spelling, a spelling that matched a birth record from the day my shadow son was born. My heart sank when I discovered that this woman - who had come to feel like a shadow self, of sorts - died in 2015, her name on a list of homeless deaths in San Francisco.

I sent the links I had found to my shadow son - who, it turned out, had unblocked me a few months before in case I ever decided to reach out to him - and as we discussed this life-shaking information, we began to open up to one another. He told me when he was a child, he would spin in a circle, knowing at some point, he was facing his birth mother. I told him how I had come to think of him as my shadow son; he shared that he had written a song in the voice of his birth mother, imagining she was me, which he had named "Shadows."

We had both used the word "shadow" in thinking and writing about each other, and we were now able to step out of the shadows and into the light together, see each other without that scrim of pain between us. He found relief in finally knowing the truth, even though it was tragic; I found relief in no longer having to carry his sorrow, in having transformed my sense of helplessness into real help. Within a day, my shadow son had found a biological sister; two weeks later, she attended his wedding. He had wondered where his baby's red hair came from. His bio sister has the exact same shade.

I recently spoke to my shadow son on the phone for the first time. It was wonderful to hear his voice, to have a real-time conversation, to laugh in recognition when he said, "We are probably the only people in the world with this particular relationship" - a singular bond I'm deeply grateful for.

He told me that when his beloved father from the family who had adopted him was on his deathbed in 2012, he said he hoped his son would one day make peace with having been adopted. "He gave that to me, and you gave that to him," my shadow son told me. He said he's never felt more a real part of the family that raised him than he does now. Where he used to prattle to overcompensate, now he can sit with his family in what he calls "wonderful silence." "I'm not acting anymore," he said.

As we were saying goodbye, my shadow son said, "This may sound weird, but I love you, Gayle."

And like any mother, I answered straight from my heart. I said, "I love you, too."

(Except for the headline, this story has not been edited by NDTV staff and is published from a syndicated feed.) Comments
Show full article
Comments
Advertisement