Chai Time: 7 Masala Teas To Stay Charged Up Through Winter

A cup of masala tea is a must in this chilly winter season to warm your body and stay charged up. On a strong gusty day, there is nothing better than sitting on a couch wrapped in a blanket with a good book in one hand and a hot cup of tea on the other. Masala chai or spiced tea has long been an Indian favourite, with each household having their own unique recipe using a blend of aromatic spices such as cloves, black pepper, ginger, cardamom, nutmeg and bay leaves among others. This mix of spices and Ayurvedic herbs not just warm your body but provides health benefits such as boosting immunity, keeping a check on cough and cold, giving you a jolt of energy to charge up in the morning and stay hydrated throughout the winter months.

Masala tea, which is a favoured beverage across the country, can also be enjoyed easily by getting your hands on masala tea bags that are just as flavourful. No more toiling through the kitchen as you can enjoy the masala flavours with the help of tea bags.

These are the top 7 masala teas that you can buy online from Amazon to stay charged up through winter:

Masala Chai is a signature tea blend from Chaayos, packed with herbs and traditional Indian spices. It has the right proportion of Assam tea leaves, dried ginger, cardamom, cinnamon, black pepper and cloves. 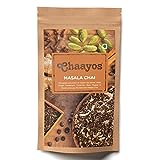 Tulsi masala chai is unique with properties such as anti stress, immune supportive, rich in antioxidant, stamina boost and other health benefits. 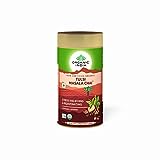 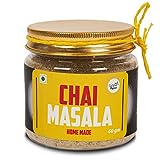 It's no secret that chai fuels India. The Royal Masala Chai is an exotic blend of finest Indian teas, herbs and spices such as cardamom, dry ginger, star anise, black pepper, cinnamon, etc. 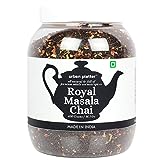 Originating from India, this masala chai or spiced tea offers a flavourful cup of tea that weaves the malty flavors of Assam tea with the exotic essence of an Indian spice bazaar. 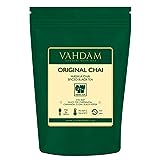 Girnar Royal Cup masala tea is a blend of ginger and a mix of aromatic Indian spices such as pepper, cardamom, clove, cinnamon with nutmeg.

This is an exotic blend of herbs and spices that will give you a taste to savour. It is a homemade blend of old Indian tea recipe including cinnamon, cardamom, nutmeg, bay leaves, ginger, mace and others.