When will pop culture and our icons allow women to be lazy, selfish, flawed and imperfect creatures?

Gal Gadot was honoured with the SeeHer Award at the recently concluded Critics' Choice Awards in California. The award recognises actors for the part they've played in accurately portraying the stories of women across the scope of the entertainment industry. Gal's Wonder Woman director, Patty Jenkins, introduced Gal and gave her the award. Many nice things were said by everyone on the podium.

Patty spoke passionately about how wonderful a person Gal is, how she breathed life into the performance and how she didn't do it for the money, glory or fame.

Gal made a speech that is widely being called inspiring by the Internet and her fans. Of course it was. What else do you call a speech, when the person making it is dedicating her award to equality, while pledging to work tirelessly to become the voice of the voiceless?

Of course people clapped and cheered, and the Internet dissolved into one giant blob of mush for the two women behind one of 2017's most path-breaking, important and highest-grossing films in Hollywood.

Which is why it almost feels like sacrilege when I say this: an important chunk of Gal Gadot's speech tragically missed the point of the award, and Patty Jenkins' introduction does a great disservice to the women of Hollywood, and working women everywhere.

Gal said that here "dream role" was to play a "strong and independent woman - a real one." And that she'd found these qualities in her role as Wonder Woman. To begin with, the portrayal of an imaginary, fictional goddess-character can hardly be called an accurate representation of a real woman. I mean, I know some of us like to refer to our evil alter egos as our "inner goddesses", but no, our goddess-ness does not come equipped with magical cuffs and superhuman strength to vanquish our foes.

Real women - the ones who have to clutch their bags to the chest while walking in crowded areas for fear of being pawed by lecherous men, the ones who often wonder, on being abused (emotionally or physically) by their partners if they somehow brought it on themselves - don't have the advantage of brute physical strength.

Gal then goes on to say, "She's full of heart, strength, compassion, and forgiveness. She sees wrong that must be made right. She takes action when everyone around her is idle. She commands the attention of the world, and in doing so, she sets a positive example for humanity."

There's so much that's problematic with calling a super hero the reality of women. Do we really need more goddessification of women? Are we not already fed up of all the benevolent sexism that comes with painting women as creatures who are capable of unconditional and endless love, and ability to forgive? When is pop culture going to allow us to be the flawed, selfish, lazy, not-always-right, sometimes neurotic, people that most of us really are? Perhaps it's just not glamorous enough.

Wonder Woman is an important film, undoubtedly. It almost seems unthinkable now that it took us this long for someone to come up with a movie with a female super hero who had more to do than prance around like a sales rep for push-up bras/ bodysuits. It gave little girls a magical character to look up to that wasn't all pink, purple and tulle. No one can take away its place as an important turning point in the history of Hollywood.

But calling it reality? Nope, that's just taking it too far. Last year, the award was given to Viola Davis for How To Get Away With Murder. In her acceptance speech, Viola said, "The privilege of a lifetime is being who you are... You come into my world and you sit with me, my size, my hue, my age, and you sit and you experience. And I think that's the only power I have as an artist... I do see her - just like I see me." 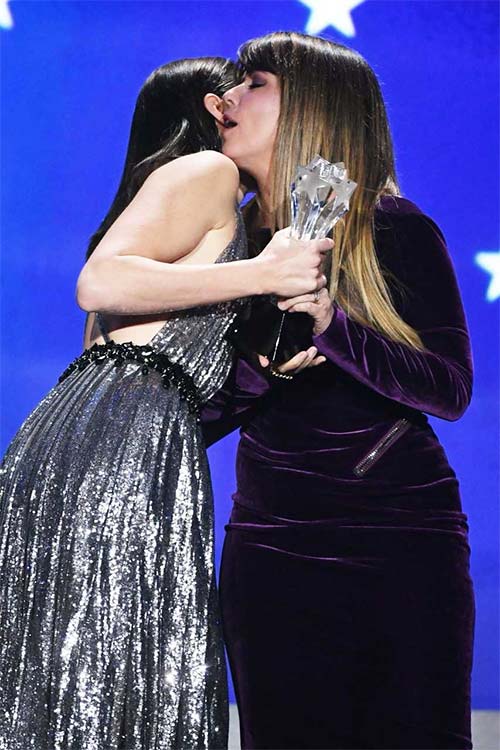 As for Patty Jenkins: It boggles my mind that she felt the need to mention, with such enormous pride, that Gal didn't do the movie for money, fame or glory. Exactly why would it be such a bad thing even if she did it only in pursuit of these three? To me, it speaks to a thought process that is constantly looking to attach a higher purpose or a moral calling to a woman's actions.

At a time when Hollywood is experiencing a great internal churning, with more and more women publicly expressing their anger over being paid a pittance in comparison to their male counterparts, exactly who benefits by glorifying the thought of taking up a job without consideration for the money? The people who try to cajole you into doing stuff for little or nothing, trying to appeal to your moral sentiments, while pocketing the money made off of all those sentiments, that's who.

By glorifying people who "didn't do it for the money", Patty managed to demonise all those who refuse to do it without the money. Practically every working woman I've ever known is familiar with the frustration and anger of being called "greedy", "pushy" or "overbearing" for simply asking that our work is valued on the same scale as men's.

So no, Patty, while there is great pleasure to be found in finding work that speaks to our own most closely held beliefs, there is absolutely nothing wrong with a professional taking up a job in the pursuit of money, fame and glory. I bet that before Wonder Woman, you did too.