Dear Katrina Kaif, Why So Fabulous? Now, Try Her Workout For Yourself

Does Katrina Kaif look fine in her latest selfie or what! 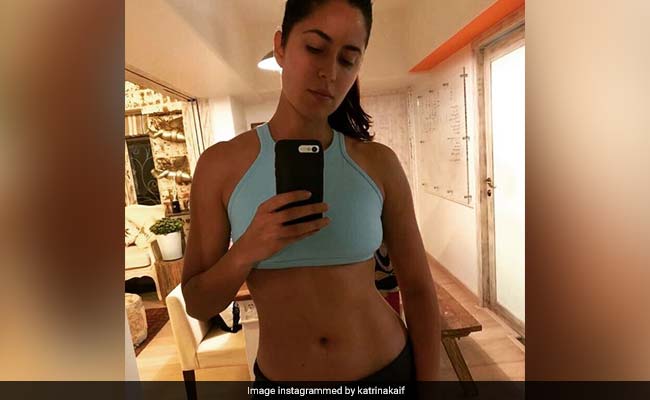 Katrina Kaif showing off her bod in a selfie (Image Credit:Katrina Kaif)

This afternoon, our pre-lunch reverie was shaken off the moment Katrina Kaif posted a selfie. And not just any selfie, my friends - this one had Kat with her hair pulled back and not an ounce of makeup, flaunting washboard abs in a blue sports bra and low slung gym leggings. We're going to come right out and say it - boy, does Katrina Kaif look fine. Guess we'll be skipping that cupcake for dessert today.

This is what happens when @yasminkarachiwala doesn't show up ..... you're doing good @aliaabhatt .... don't worry only 300 more squats .... #whatarefriendsfor #gymlife

In recent times, Katrina has been on a fitness spree of sorts. It all started in 2016, where she showcased her svelte frame in cutout swimsuits and miniscule lehenga cholis in Baar Baar Dekho. These days, it's for her upcoming release Tiger Zinda Hai where she's back onscreen with her old pal Salman Khan. While everyone's favourite bhai takes most of the screen time in the movie trailer, it's Katrina handling a machine gun and holding baddies in a death lock that gets our attention. No wonder she's been sweating it out at the gym under the watchful eye of her personal trainer, Yasmin Karachiwala.

Luckily, she's not in it alone. She found herself a workout buddy in fellow actress Alia Bhatt at the gym and together, they've been pumping iron and motivating each other. As documented by Yasmin and Katrina herself, the B-town girls are side-by-side for every squat, crunch and lift in their session. So maybe the secret to that chiseled body is getting a celebrity gym friend along - how we'd love to be a part of this girl gang every morning!