How Plants Can Help You Tackle Air Pollution, Probably Better Than Tech

Plants and trees may be better and cheaper options than technology to mitigate air pollution, says a study

With air pollution being one of the top health concerns today, it's time to take effective measures to fight the harmful effects of it. While air purifiers and pollution masks are an absolute must-have, getting your hands on a range of air purifying plants can also make a huge difference. Yes, you heard us. Air purifying plants like areca, spider, peace lily, sansevieria green, money plant and others work effectively in reducing harmful pollutants and toxins from the air to make it better for you to breathe. According to a study conducted by Ohio State University, plants and trees may be better and cheaper options than technology to mitigate air pollution.

The study, published in the journal Environmental Science & Technology, found that adding plants and trees to the landscapes near factories and other pollution sources could reduce air pollution by an average of 27 per cent. Researchers found that in 75 per cent of the countries analysed, it was cheaper to use plants to mitigate air pollution than it was to add technological interventions - things like smokestack scrubbers - to the sources of pollution.

"The fact is that traditionally, especially as engineers, we don't think about nature; we just focus on putting technology into everything," said Indian-origin researcher and study lead author Bhavik Bakshi from the Ohio State University.

"And so, one key finding is that we need to start looking at nature and learning from it and respecting it. There are win-win opportunities if we do, opportunities that are potentially cheaper and better environmentally," he added.

The Findings Of The Research to Reduce Air Pollution

They estimated the impact of plants on the most common air pollutants such as sulfur dioxide, particulate matter that contributes to smog, and nitrogen dioxide. The researchers found that restoring vegetation to county-level average canopy cover reduced air pollution an average of 27 per cent across the counties. Their research did not calculate the direct effects plants might have on ozone pollution because Bakshi said that the data on ozone emissions is lacking.

They found that adding trees or other plants could lower air pollution levels in both urban and rural areas, though the success rates varied depending on, among other factors, how much land was available to grow new plants and the current air quality.

The findings indicate that nature should be a part of the planning process to deal with air pollution, and show that engineers and builders should find ways to incorporate both technological and ecological systems. With inputs from IANS

(Also read: Delhi Pollution: Why You Should Buy Air Purifiers With HEPA Filters)

Air Purifying Plants To Get Your Hands On

We have listed down a few air purifying plants from Amazon: 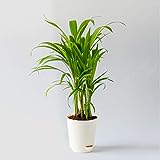 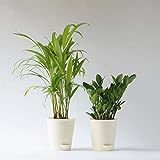 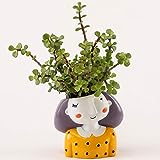 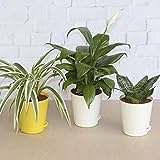