Exercising in the heat carries risks, including heatstroke and dehydration 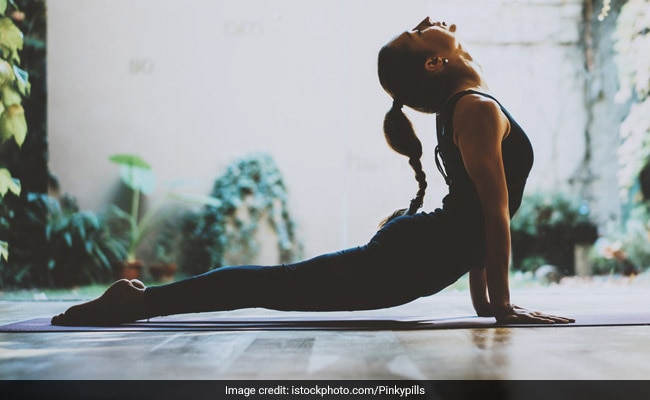 Whether hot yoga is dangerous remains a contentious question

Brian Tracy first heard about Bikram yoga in 2005, when a graduate student approached the exercise scientist with an idea for studying the classes, which last for 90 minutes in a room heated to about 105 degrees.

To investigate, Tracy tried it. More than a decade later, the researcher still practices Bikram yoga sometimes - and not always for science. "It's one of the things I do for exercise, and it makes me feel really good," says Tracy, who studies neuromuscular physiology at Colorado State University in Fort Collins.

Casey Mace Firebaugh had the opposite reaction. A public health researcher at Central Washington University in Ellensburg, Mace Firebaugh has long practiced more-traditional forms of yoga. Although she gave hot yoga a chance, it often made her feel lightheaded.

"I'm a relatively fit and active person," Mace Firebaugh says. "But hot yoga made me feel terrible when I did it."

More than 36 million Americans practice yoga, according to a 2016 survey. And although there are no firm statistics on how many do their poses in heated spaces, anecdotal evidence suggests that hot yoga has grown in popularity since it was introduced to the United States in the 1970s.

Franchises that offer hot yoga say its benefits include strengthening the heart, cleaning out the veins, cleansing impurities from the body and regulating metabolism and the immune system, and they often suggest that those benefits are greater than from unheated yoga. But most studies have been small, short or limited in other ways: relying on people's perceptions, for instance, or including only people who were healthy to begin with. Most studies lack control groups, making it hard to detect or explain effects.

Overall research suggests that hot yoga is probably safe for most people and might help improve balance, strength and other health measures, experts say. But risks exist, particularly for people with certain conditions. And plenty of questions remain.

"I'm a yoga lover by heart," Mace Firebaugh says. "But my skeptical scientific self says, 'Let's put some data on this.' "

The project that Tracy did with his graduate student turned into one of the earliest studies of hot yoga. Published in 2008, the study randomly assigned 21 healthy young adults to attend three Bikram classes a week for eight weeks or to do whatever activities they normally did. Overall, most participants were only minimally active before the study, and none had a history of yoga practice. After two months, the yoga group showed improvements in flexibility, leg strength and the ability to balance on one leg, with the biggest gains in people who had been most unsteady and least flexible at the beginning.

Since then, according to a 2015 review by Australian researchers, a few studies of healthy young adults have suggested that hot yoga may be good for the heart. That review turned up evidence that arterial stiffness decreased in one small group of young adults and that insulin resistance declined among a small group of older participants who did Bikram yoga. In a 2011 study of 51 adults, people reported less stress after doing Bikram classes for eight weeks.

People who like hot yoga say they feel better after doing it, though the benefits they report vary among people, who have differing motivations for taking the classes. Among 700 people whom Mace Firebaugh has surveyed in an ongoing study, 48 percent say that hot yoga improves their mood. Forty-seven percent report better flexibility, 34 percent feel less anxiety and 33 percent report clearer skin. Some have reported negative effects such as nausea, dizziness and dehydration, but those symptoms are usually mild.

The survey found another intriguing result: 43 percent of participants reported losing weight as a result of doing hot yoga, but that linkage might be a coincidence. Studies have yet to connect hot yoga with weight loss, the 2015 review found. And as sweaty as a hot-yoga session can be, it may not burn as many calories as people think.

In a 2014 study of 19 experienced Bikram practitioners during a single 90-minute session, Tracy and colleagues found that men burned an average of about 460 calories and women burned about 330. It's about the same number of calories you'd burn during a brisk walk for the same amount of time, Tracy says. And even though that's about 50 percent more than what people burn in a typical yoga class, it was much less than what people thought they had burned. (Heart rates peaked above 150 beats per minute during the toughest parts of class - a sign more of the body's response to heat than of a boost in calorie-burning.)

Even as research begins to point to some potential pluses of hot yoga, it's not clear whether heat has anything to do with those benefits. Studies on other types of yoga have shown good outcomes, too, including improvements in heart health, range of motion and balance.

Heat's effects on the body, meanwhile, are complicated. Exercising in the heat carries risks, including heatstroke and dehydration. But emerging evidence, including a long-term study published last year by Finnish researchers, suggests that regular sauna use can lower blood pressure and reduce the risk of heart disease. A 2016 review found that raising body temperature might ease symptoms of depression. And applying heat directly to muscles can increase range of motion.

Whether hot yoga is dangerous remains a contentious question. There have been a few alarming incidents reported during and after hot-yoga classes, including the 2016 case of a 35-year-old woman who experienced sudden cardiac arrest during a session. And a 2015 study reported that people's core temperatures during Bikram classes could rise above 104 degrees. But that research was flawed, says Tracy, whose 2014 study showed a maximum core temperate of 101.6, with an average rise to 100.3. The danger zone, he says, begins at 102 degrees.

Tracy recommends lying down if you feel lightheaded during a class and giving your body several sessions to acclimate to the heat.

"My big piece of advice for people who want to try hot yoga is to take it slowly," Tracy says. "If you don't feel right, take it easy. If a yoga instructor starts yelling at you, remember you're a human being. You're not being held hostage."

People with pre-existing conditions - such as cardiovascular disease, back pain, asthma and diabetes - should consult a doctor before beginning a hot-yoga practice, adds Mace Firebaugh. Her own low blood pressure, she suspects, explains why hot yoga doesn't suit her.

Pregnancy is another time to be cautious, she says. In her survey, she found that nearly a quarter of women who had been pregnant continued practicing hot yoga during their pregnancies. But increased core temperatures in a pregnant mom can be dangerous to a fetus.

"In general, hot yoga is likely safe, and the risks are minimal and mild," Mace Firebaugh says. "If you love it, do it. If it doesn't work for you, there's probably going to be another type of yoga that is going to be fine. Hot yoga might not be for everybody."