Twinkle Khanna On The Fine Art Of Parenting, Working Motherhood And Gender Equality 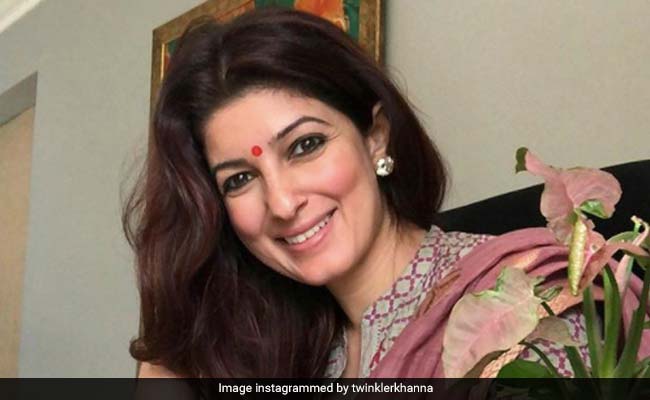 If there were ever a Jane of all trades, Twinkle Khanna would likely fit the bill. After dabbling in acting and interior design, today she is an author, entrepreneur and mom of 2 with superstar husband Akshay Kumar. Known to ravish with her wit and find it even in the most mundane moments as Mrs FunnyBones (proof of which can be seen in her Instagram captions), we at Swirlster took the opportunity to speak to Twinkle Khanna on parenting trials and tribulations, gender equality and sharing the load beginning at home.

How important do you think upbringing is to children with respect to the adults they grow into?

Twinkle Khanna: Genetics do play a role in the formation of a personality but nothing beats what has been drilled into someone's head as a child. Children are not listening to what we say but watching what we do and they emulate us. Be a good role model and you will raise a good human being.

How important has it become in a household to share the load?

Twinkle Khanna: It's extremely important for family members to share the load at home so that the burden of household chores don't fall on one person alone, who in most cases is the woman of the house. Ariel has been a torchbearer of gender equality within households with their movement ShareTheLoad years before this pandemic hit us. I am now seeing more and more men, sons and fathers opening up to the idea of doing their bit because they are realising the effort that their wives and mothers put in running the house errands.

(Also Read: Like Twinkle Khanna, Wear Your Fruits Besides Just Eating Them)

As a mother to a boy and girl, how do you teach those values when bringing them up?

Twinkle Khanna: Ariel's ShareTheLoad focuses on instilling the same values to the daughter and son and that is to learn basic life values like laundry, arranging the room etc. If sons are taught to share the load at the right age, they grow up to be potential equal partners. My children are raised to rely on their strengths and not what society decides is a suitable role because of gender.

Do you involve your children in household chores for them to learn this early on?

Twinkle Khanna: To be honest, I would like them to be a lot more involved and this lockdown has given them the opportunity to learn things that they would not have otherwise. My son can now whip up anything from rajma and pizza to cheesecake. There is a silver lining to this situation.

What do you do to share the load in your household?

Twinkle Khanna: We work as a unit based on our skill sets more than gender identities. My son is a good cook and so is his father, so that department belongs to them. I am good at organising, making menus and getting groceries and essentials. If we allocate tasks on what each individual is capable of doing well, then it's a fair process. I know that if I was given kitchen duty it would make me miserable as I find the whole process of cooking very stressful, but I love cleaning and putting things in order.

Do share your tips to keep young children occupied when at home.

Twinkle Khanna: I don't think this is a period to monitor their online time the way we used to as it will lead to frustrations at both ends. Play games; we play a lot of rummy and Ludo. We read a lot and I work for an hour with my little one every day on skills that will be helpful when she goes back to school. Online classes are a lifesaver, so she does quite a few. The three of them also get involved in the kitchen together so that's fun as well for the little one.

Has being at home with your family during the quarantine helped build your bond?

Twinkle Khanna: I don't think the bond wasn't there earlier or that it was strengthened during this time. In fact, I would say that being stuck in a home with no outlet probably strained those bonds before we adjusted. Now that we have settled into this new normal, I cherish the time I have with my children, the times when we lie down and read together or when we work in the garden as a family.

What is your advice for working moms on finding the balance between both worlds at home and work?

Twinkle Khanna: To prioritize what they need done that particular day or for particular period and then work through that. I also think we have to accept that we can only give our hundred percent to one thing at a time stop feeling guilty about it.