There is not one person I have met who didn't say that Carrie Bradshaw frustrated them. How could she not? She was so flawed...and so us 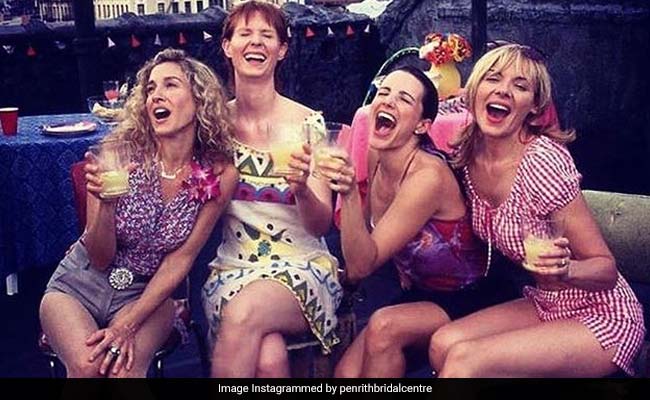 It will be a while before SATC stops being relevant to the audience (Image Credit: penrithbridalcentre)

It has been 20 years Sex And The City the TV series has been in our lives; that Carrie, Miranda, Charlotte, and Samantha have been in our lives. Sure there have been no new updates in the last 8 years but we are sure that all is bright and fashionable on the streets of Manhattan. I have to be honest, I got onto the whole SATC bandwagon a little late in life. Very late. Last year late. But here’s a funny story: for someone who was watching a show that began in 1998, the show was as relevant today as it might have been that time. Uncannily so.

Look around you, do you see that friend who wants to find the right man but is also okay alone because she is too self drive and independent? That friend who just loves their sex, unapologetically? And that girl who wants to build a house with her “prince charming” one day? But most importantly, do you see all the crazy insane things that Carrie Bradshaw came up with in the show in your everyday life?

And that lads and ladies is why and how Sex And The City stills stands to be as relevant to the audience today as it was then.

The entire time I was watching the series, all I could think was: this is us! This woman who is looking for love but too afraid when it comes to her, self destructive in her romantic tendencies, repeatedly chasing a man who isn’t available, or even constantly talking about fashion, sex, and men with her three best friends - all us. If not the first of the lead character, the other three are pretty close to home as well.

There is not one mindful person I have met who didn’t say that Carrie Bradshaw’s character frustrated them. How could it not? It is so flawed, so annoying...and so us. Well, in bits in pieces anyway. Maybe not in the exaggerated overt fashion but hey, still us. That is why after a while, I eased out on the criticism. Because from where I stood, SATC seems like a journey...from what we were to who we become slowly and steadily. Boys to men, girls to women.

Even the male characters are relatable - the man who can’t commit but believes in love, the career driven romantic, or that guy who was perfect for us but we just couldn’t keep him. We have met them all. Hell, we date them. So it wasn’t just the ladies of the show; even the men were quintessentially, ahead-of-their time millennial-ish. That, or maybe we aren’t really that different as we deem ourselves to be.

But whatever way you want to see it, it is clear that it will be a while before Sex And The City stops being relevant to the audience. Many subjects that the show dealt with are handled in very drastically different ways in our times - the LGBT community, sexism, religion, even fashion and lifestyle choices.

But when it comes to the matters of the heart, “I couldn’t help but wonder”, are we really millennials or are we just characters from a show that first aired 20 years ago?