A Tasting Of LOUIS XIII Cognac - Generations In The Making

In the growing popularity of fine spirits in India, single malt whiskies and vintage wines most often dominate the conversations as connoisseurs delve deep to talk bouquet, complexity, body and mouthfeel among other tasting descriptors. Rarely you would hear talks of other spirits such as brandy. But then when one mentions LOUIS XIII Cognac, it instantly grabs attention for reasons more than just being among the costliest liquors in the world. Savouring the fruit of the labour of generations of cellar masters is, of course, an experience that leaves a mark.

What makes LOUIS XIII Cognac special in the world of spirits is its time-intensive process of making, wherein some of its ingredients are 100-years old! Jorg Pfutzner, Private Client Director for LOUIS XIII, tells us, "LOUIS XIII Cognac is an exquisite blend of up to 1,200 eaux-de-vie, also known as the water of life, which is sourced 100% from Grande Champagne, the first cru of the Cognac region." 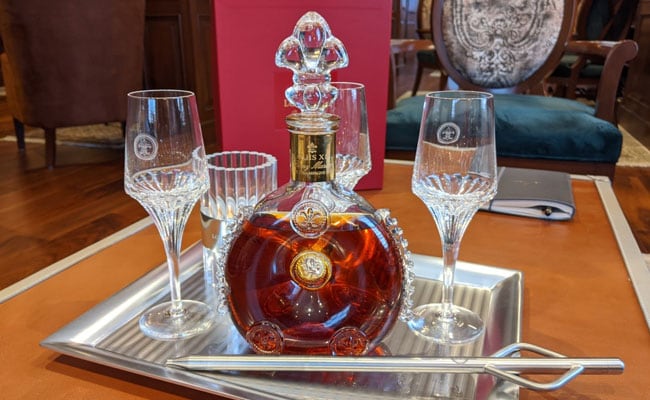 LOUIS XIII, the life achievement of generations of cellar masters

Eaux-de-vie refers to clear, colourless spirit that is distilled from raw grape wine but unaged. For the making of LOUIS XIII Cognac, they are aged in French oak barrels for 40 to 100 years where the magic happens. Similar to wine and champagne, cognac comes with a list of appellations to be followed to use the legally protected name.

Since its origins in 1874, each generation of cellar master has selected the oldest and most precious eaux-de-vie for LOUIS XIII and left it behind as a legacy to his successors for the coming century. It is this combination of past, present and future that makes LOUIS XIII a league apart. With a time span this incredible, each cellar master never witnesses the fruit of their labour. They are a vital link in a human chain, working to transmit the legacy that ensures LOUIS XIII lives on.

A Tasting Of LOUIS XIII Cognac

For a tasting of an ultra-premium liquor, one would expect too many nuances to follow. On the contrary, it involves no dramatic swirling of the glass or a splash of water. It is as simple as opening the bottle, pouring a glass and enjoying every sip. Jorg Pfutzner, takes us through the tasting while sharing interesting tidbits about the cognac, right from the iconic decanter (it was inspired by a flask unearthed during the Battle of Jarnac in Charente in 1569 and that it takes 11 craftsmen to hand-make the decanter using fine crystal) to the intricate serving glasses that cannot be purchased but only received as a gift. 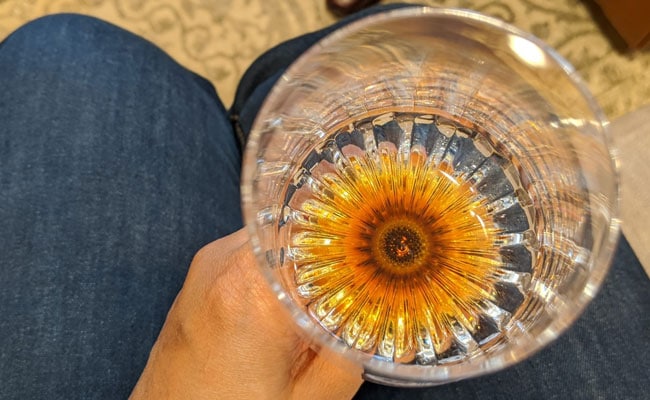 A tasting of LOUIS XIII

Coming to the cognac, the rich amber hue is as inviting as the beautiful flower that the liquor resembles once it's poured into the glass. Such is the craftsmanship of the glass! Some think of a sunflower while I call out daisy. Moving on to nosing, the initial notes are floral-fruity with a slight hint of spice. Jorg Pfutzner advises us to take a drop on the lips and let it refresh our palate. Then as I take my first sip, the smoothness of the cognac is unmistakable. I taste passionfruit, honey and even a hint of cardamom. Then I take my second sip and the complexity of the flavours start to unravel. This time I taste coffee, chocolate and perhaps cinnamon. With each sip, there are different flavours to relish. At some point, I even taste ginger! I realise that's what makes drinking LOUIS XIII such a delight and a class apart.

Named after the French king who protected the Cognac region, LOUIS XIII was created by Paul-Emile Remy Martin in 1874. Since then, each generation of cellar master has carried forward its legacy. A bottle of the LOUIS XIII Cognac ranges from Rs 1.7 to 2.5 lakhs and is now available for purchase in renowned retail stores across India.