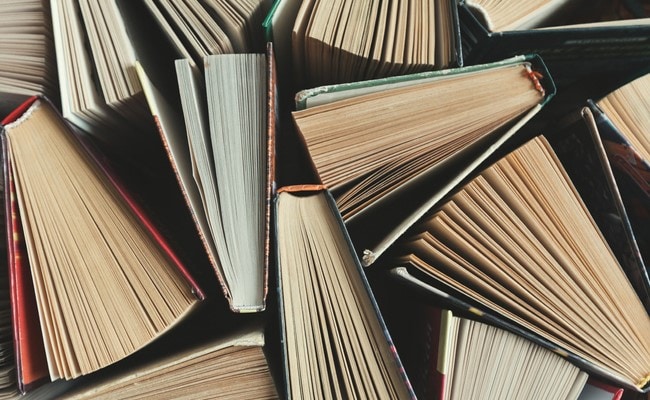 The Mochi community of Gujarat belonged to the Rajput clan of Gujarat and came primarily from the Saurashtra region (Kathiawad). The Mochis are a traditional Indian community of shoemakers, or cobblers which worked with leather to make footwear or other leather articles. The Mochis believed that their ancestors came in from Sindh province which is in Pakistan today, before settling in Kutch. The Mochis learned this skill of embroidering leather with cobbler's awl or aari, a hooked needle used by the community to make footwear and other leather items from the Sindhi artisans.

Initially the embroidery which became popular on leather sleeping mats, then gained popularity on other leather items like hawking gloves and continued being done up to the 19th century. 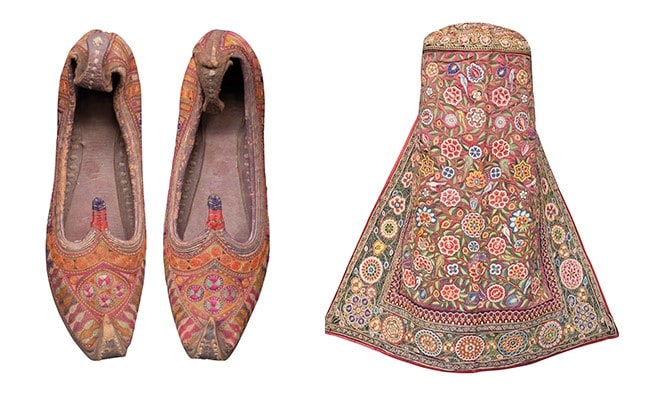 Embroideries on mojaris and other leather articles

The Shoemaker's Stitch is an illustrated hardcover showcasing a catalogue of a vast and elaborate collection of exquisite embroideries done on clothes, carpets, furnishing, footwear, wall decor, wall hangings, hand bags. The authors Shilpa Shah and Rosemary Crill have contributed through essays a surreal portrayal of the Mochi communities' history and the mersmerising art of intricate embroidery. The words of the authors make a perfect combination with the intimidating photographs of the artifacts which are embroidered skillfully. The relationship between the Mochi community, their skill set and that of the royal families is interwoven just as beautifully as the artisan's embroidery itself. 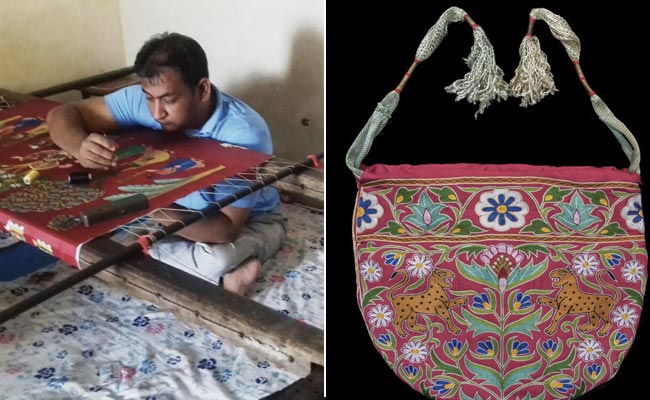 The Shoemaker's Stitch is a compilation of well-researched and detailed artistic study of the Mochi community and the pictorial representation accompanying the text, justifies the subject intensively, making it an interesting and vibrant collectible. The illustrated book also highlights how the chain-stitch embroideries which were earlier thought to be from the Mughal period, discovered newer audiences and gained popularity across the museums of the globe. 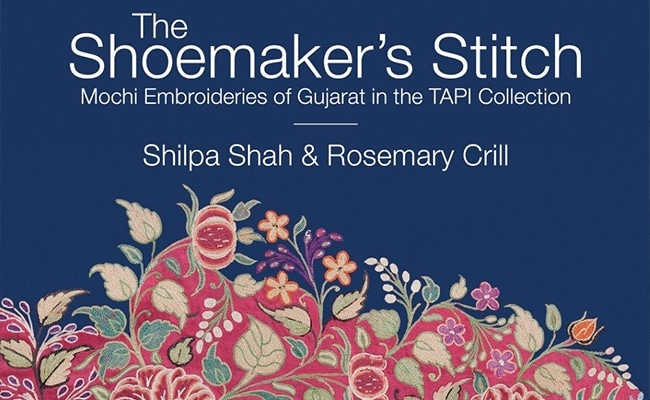 So all the art and culture lovers who also love hoarding books, this one is definitely for you. With realistic photography, this illustrated hardbound is an interesting read as well as an aesthetic keep for your bookshelves.

Also Read: From K-Pop Inspired Footwear To Frizz-Reducing Hair Serum, You Won't Want To Miss These 10 New Launches For August 2022