Joker, played by Joaquin Phoenix, will be a popular choice for Halloween 2019 (Image Credit: Joker Movie)

Can you hear that howl in the distance? Or feel that chill in the breeze? It's a signal that the spooky festival of Halloween 2019 close at hand. Marked by interesting and sometimes gory costumes, horror movie marathons and treat or treaters all over the globe, Halloween is slowly but steadily catching up in our part of the world. From Hollywood A-listers to makeup artists, almost everybody takes the opportunity to show off their artistry and costume designing skills when this creepy time of year rolls around.

And it isn't only the season of jeepers and creepers to dress up as devils and witches. It's also when you can show off your love for your favourite author, superhero or fictional character. It's no-holds-barred when Halloween comes around. So if it's a new book you can't put down, food you love forever or TV show character you're obsessed with, it's your time to shine. Make the most of the day and dress up for the occasion with one of these 7 popular Halloween costumes that we've picked out.

7 Popular Halloween 2019 Costumes For You To Try

From well-loved TV shows to nostalgic Disney movies, you can dress as any of your favourite characters with these 7 popular Halloween costumes.

The release of Joker, played by Joaquin Phoenix, swept the world up in a wave so pay tribute to the character with a mask modeled after Heath Ledger's take on the villain.

Join Jughead Jones and his street pals from Riverdale when you slip into the Soledi Denim Jacket which is embroidered with the gang's emblem. 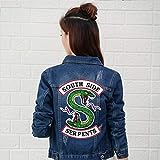 If Aladdin took you to a whole new world with the remake of the popular Disney movie which released this year, try the IEFIEL Princess Jasmine costume which includes a top, pants and headband. 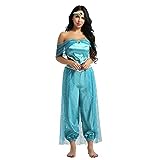 With clown's being a running theme this year, up the ante with a chilling mask of Pennywise the clown from IT. 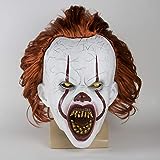 To dress up as your favourite superhero, take the no fuss route with Fancy Steps Thor Costume which includes a hammer, cape and mask. 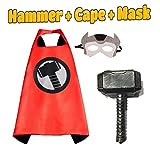 The classic El in a pink dress and blonde wig sneaking around the school in Stranger Things never really does get old and is perfect for your little one.

For the children who still treasure the hero like it's first day they saw Black Panther, give them the Fancydresswale Full Body suit. 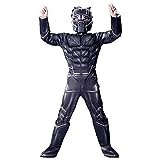 Grab these popular picks before the spooky day arrives.