Happy Birthday, Priyanka Chopra: 4 Reasons Why Her 36th Year Is Set To Be Her Best Yet

From fashion to films, there's a lot to look forward to from the global star this year 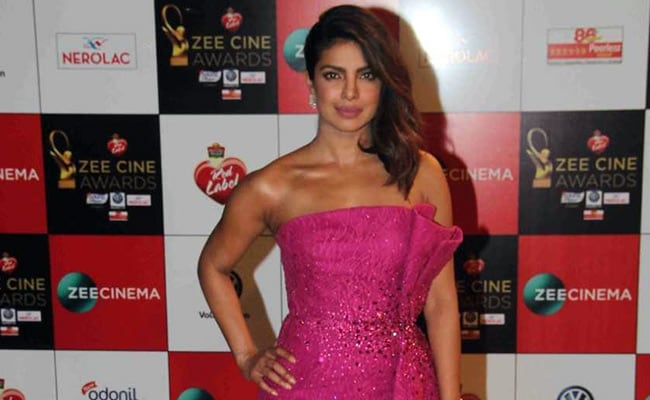 It's safe to say that Priyanka Chopra has been having a fantastic couple of years. The Miss World turned Bollywood actress turned global phenomenon is now a well-known face in the field of women empowerment, fashion and humanitarianism. As our own desi girl Priyanka Chopra celebrates her 36th birthday today, we're predicting that this year is only going to get better because of many reasons, 4 of them being these ones.

Even though Chopra's TV show Quantico, her stepping stone to the world stage was cancelled this year, it isn't stopping this powerhouse. Her film with Jim Parsons and Claire Danes A Kid Like Jake will hopefully see an Indian release by the year end. Her next Hollywood film with Chris Hemsworth and Rebel Wilson, Isn't It Romantic is scheduled for 2019. Besides that, Priyanka is also working on starring in more projects, producing more regional films and developing a sitcom.

As of her 36th birthday, Priyanka Chopra has a whopping 25.3 million followers on Instagram. Even though she's known over the world, she shows her incredibly grounded side on social media. Whether terrified at the dentist like the rest of us or playing with her dog Diana, her fun content has made her everyone's favourite star-next-door. We can only expect the posts to get better (and keep coming!) in the next year.

Ever since they were spotted together on a yacht 2 months ago, rumoured coupled Priyanka Chopra and Nick Jonas have been inseparable without confirming their relationship. They've been out on dinner dates, have spent time with each other's families, travelled together and even made joint appearances in India. Of course we can't wait to see what's next in #ChoJo saga.

Priyanka's style has changed drastically since her arrival in Hollywood and we're thrilled to bits for it. Whether she's in top to toe Chanel for a junk food stop or looking like a true blue queen herself at the royal wedding, stylist Mimi Cuttrell has excelled with her. We have a wonderful feeling there are many more fabulous fashion statements in Chopra's future.

Happy Birthday, Priyanka - 36 is your year and we're waiting to see you live it.